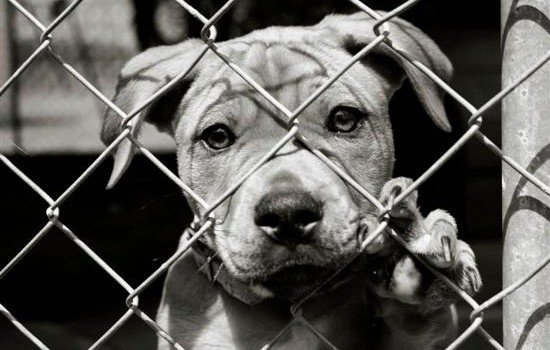 There is much to be said for an honest person. Honesty is a trait fundamental in successful relationships and friendships. Honesty is part of the implied duty to act in ‘good faith’ in contracts, including employment.

Those with business acumen and a minimum level of worldliness anticipate that those they deal with will be honest in their transactions and communications. Thus we carry out our lives in a warm bubble of trust with those with whom we engage.

There are standard jokes about certain professions that may not always reach the heights of community expectation. Accountants, lawyers and used-car salesmen often cop flack with varying degrees of venom. The revelation of an honest tradesman is often followed by mirth and jovial backslapping. However, we still engage with these professions and trades expecting and honest deal and if this is not the case, ensure our hard-earned dollars never again line the pockets of those who deceive us. 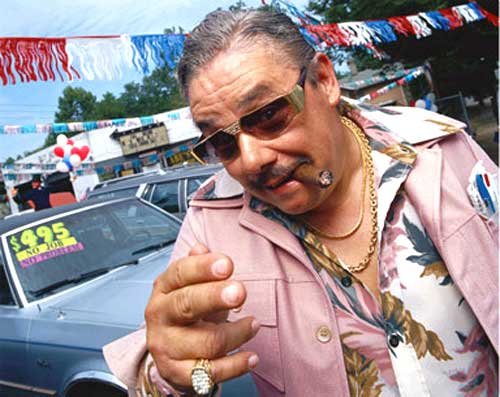 The next Attorney-General of Queensland.

Yet politicians, those who are paid to represent us, often fall short of the level of honesty one would expect in general daily transactions. A backflip, renege or betrayal of policy is trumpeted by the press then swiftly brushed under the carpet with spurious justifications and assurances the Government always acts in the best interests of the people.

This is highlighted by the astounding about-turn from Queensland Premier Campbell Newman and Attorney-General Jarrod Bleijie and their recently-enacted anti-association laws; laws apparently necessary to fight the latest war on terror, or the alleged cancerous scourge that are the bikies.

Other politicians have performed well-publicised somersaults. One must not forget Howard’s GST falsity, Gillard’s carbon tax promise or Pyne’s Gonski train wreck. These policy backflips were serious enough to warrant media outrage, but despite Newman’s and Bleijie’s fallaciousness being a special kind of evil, the media steadfastly refuses to demonstrate the same level of outrage.

The laws, commonly referred to as the ‘bikie laws’, attack the basic freedoms of all Australians. Of that, there is no question.

This is not about how much tax one must pay, what curriculum your child may receive, or how we will stop the ozone layer’s further depletion. 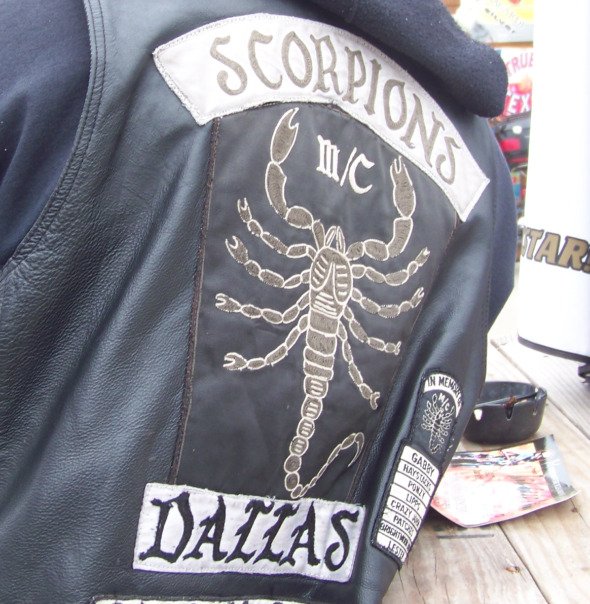 Dallas, it’s right next to Broadbeach.

The Queensland Government’s banal wickedness is about how much jail-time one must expect to receive for hanging out with a person our elected representatives deem socially unacceptable. It is about doubly punishing those who have served their time for past indiscretions by confining them to solitary for 23 hours-a-day, presumably to consider the badness of their ways, or should they commit a new offence of hanging out with their mates, or perhaps stepping foot in a government-deemed prohibited premises.

It is about forcing a person, and subsequently his family, into poverty by denying them the right to work in their chosen field simply because of association with a declared motorcycle club, regardless of any proven criminal activity.

It is about subjecting a person to medievally harsher penalties and mandatory lengthy imprisonment for minor offences, if they have any association with a declared club; a club of which was perfectly legal six months ago, and remains legal in every other state. 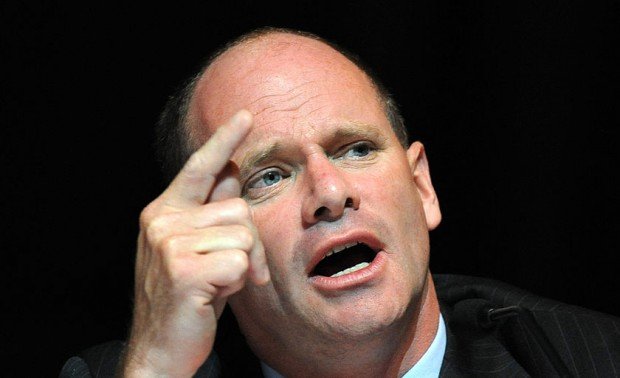 “I got this low-mileage Camry for sale.” 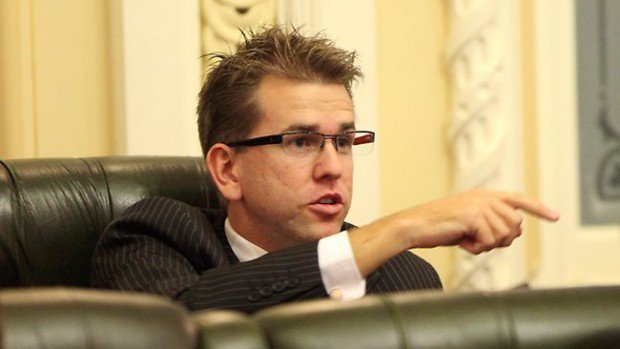 It is about the government arbitrarily declaring any group they do not like a Criminal Organisation, without adducing any evidence or proof that such is indeed the case, and subjecting anyone with any links to those groups to draconian and inhumane controls and conditions that would see a person charged with animal cruelty if they treated their family dog so.

There is no fair trial. No procedural fairness. No natural justice. Jarrod Bleijie has decided that the evidence on which he declared 26 clubs to be criminal will remain hidden for ever. Yet one must wonder what intelligence the police have on the fictional Scorpions MC, or indeed Phoenix MC, who have not been a functioning Queensland club in decades? If Jarrod Bleijie has simply relied on police intelligence to make his decision, he is either very naive or foolish. Or both.

It is a fact that the biggest cause of miscarriage of justice is police eliciting false confessions and fabricating evidence.

While some sectors of the community may be inclined to believe the hysteria of the Government, and the incessant bleating’s from the Attorney General’s office that these laws are what the people want, one must question exactly what hallucinogenic substance Jarrod Bleijie has consumed? It seems he was correct when in 2009 he declared that any government who seeks to take away the rights of the people is a government to be feared.

While many people can rely on the psychological phenomenon whereby a person seeks to reduce the discomfort they feel from conflicting beliefs and actions by engaging in irrationality and maladaptive behaviour, neither Newman nor Bleijie can rely on such a thing.

In Bleijie’s impassioned speech to Parliament, and that of other LNP members (found in the transcript of proceedings on 25 November 2009), Bleijie declared that even those accused of participating in organised and serious crime were entitled to a fair trial. His compatriots drew on international research of how such anti-association laws cannot work and Jarrod implored the ALP to consider the ramifications of enacting laws that did not mention ‘bikies’ and could be used on almost any group in society.

Jarrod even identified that political parties themselves could fall foul of the provisions, given some of their members had been convicted; one must not forget the convictions of the previous Queensland Premier, Joh Bjelke-Peterson and Police Commissioner, Terry Lewis. It seems that Jarrod Bleijie was more than educated on the dangers and ridiculousness of such anti-association laws, including the fact that they simply do not work to eradicate crime. As recently as June 2012, the Premier himself reiterated his criticism of such laws and their ineffectual means of dealing with organised and serious criminals.

It is clear that both Newman and Bleijie had well-informed, educated and reasoned opinions in regards to the uselessness of anti-association laws and those which punished people for who they are, rather than what crimes they have actually committed. 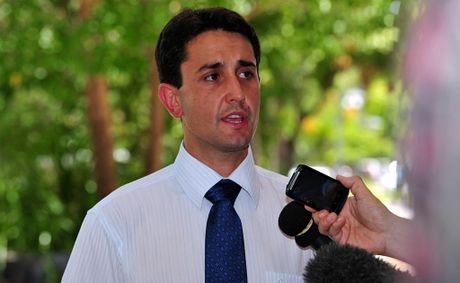 But still the Government and Police tell the good people of Queensland that they have nothing to worry about and the laws are necessary to get the baddies. David Crisafulli, in his capacity as Acting Attorney-General assured the people that only the criminals will be targeted. Yet he refused to confirm that three or more bikies and associates who have not committed any actual crime, could attend a birthday bash, or be employed together, despite the legislation clearly stating this is so.

This is not an honest answer.

This is as absurd as saying laws against shoplifting or assault only apply to a certain class of person, and the citizens of Australia may lift their chosen goods at their leisure, or punch whomever they choose, and the Police will tell them after the fact if they have actually broken a law.

So what has changed? Why have such vague and useless laws been enacted? Why should those accused of serious crime not be allowed the same procedural fairness as other people in the community?

Why is it that Ken Levy, accused of misleading a Parliamentary Committee be afforded natural justice, when those accused of criminal offences are denied a fair trial and to see the evidence to be used against them?

Certainly the media portrayal of violent incidents is still the same as it was in 2009. Crime, if you believe the police statistics, is fairly stable, if not in decline. There have been a couple of public incidents, including the famed Broadbeach brawl, since Newman most recently denounced Labor’s anti-association laws. But these are no more horrifying for the community than other non-bikie related crimes.

So what has really changed that has caused this massive overreach of executive power and violated so harshly the basic freedoms of the people?

There is no reason for any of this at all.

Jarrod Bleijie’s knee-jerk reaction laws will fail in their purpose and cannot work in practicality. His removal of fundamental legal protections for those accused of crime is completely unjustified and will not result in justice for victims of crime.

To place the fate of any Australian in the hands of these politicians, who believe only those of their choosing are entitled to a fair trial, politicians who have shown no integrity and who have deceived the people, is hazardous beyond words. These politicians cannot be trusted.

If you want to see honesty, take note of Jarrod Bleijie’s words in 2009. The Queensland Government is one to be feared.

And the people should be afraid.