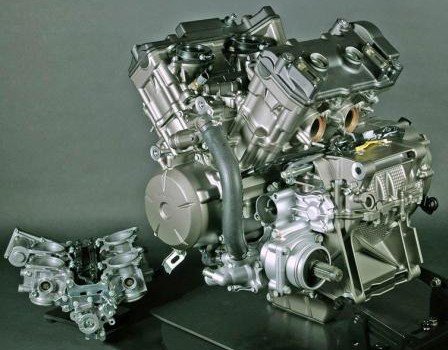 The group had stopped at Bylong seconds before I arrived: they hadn’t had  time to take their helmets off. JJ’s Suzuki 1200 Bandit was smoking.

One of his throw-over saddlebags was resting on his muffler, and had started  to melt. Boris insists that those who attend the Pilgrimage to the Mountain bring with them a can of beer, a toilet roll and half a brick. JJ had done so, and when his pipe had burned through his saddlebag it had set fire to his toilet  roll. 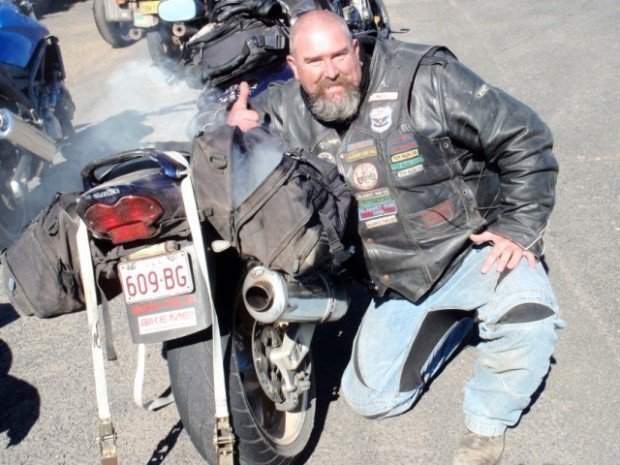 The Brains Trust rustled up some cable ties and a Swiss army knife. Oldgriffo punched holes in the saddlebag and Quoll sewed it up with cable ties.

I headed off in the lead. Whale followed on his CB1300. After about 20km he passed me on a tight bit, and he maintained a pace where I could keep him in sight but not pass him without riding Honda’s $22,000 motorcycle closer to the edge than I was comfortable with.

We rode on to Sofala and parked in the main street outside the pub. The Pilgrims of the Mountain had arrived and commenced their takeover of the town. The publican and the owner of the takeaway food store were working hard. 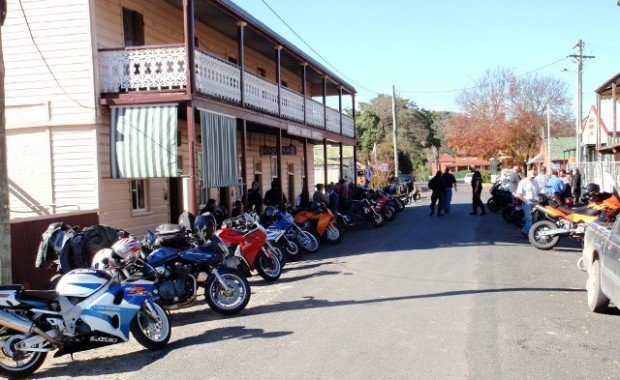 The VFR1200 garnered its share of attention. People wanted to sit on it, and wanted to know how it went. There were lots of comments on the looks: the gist of which was that it looked better in the flesh than it did in photos. And it doesn’t photograph well. Only one person said that it looked just as bad in the flesh, and compared it unfavourably to his mother-in-law. Everyone was impressed with the finish. “Look at that paint. Looks like it’s a metre deep” was one comment.

And indeed, the fittings and finish reek of quality. The fit of the fairing is quite beautiful. The fairing is of a dual wall construction, and Honda says the various channels the air can take provide high speed stability, optimize engine cooling and keep engine heat away from the rider. It looks like it would be a bastard to take off though. Taking the fairing off the VFR800 to change the oil and filter involves fourteen screws and six plastic things, two of which break every time and have to be replaced. When I do it, anyway.

Boris approached. “Al! What do you think of the VFR?”

“Top gear roll-on king” said Whale to anyone who would listen. “When he turned that thing on at a hundred miles an hour there’s no way I could keep up. I’d have one.” 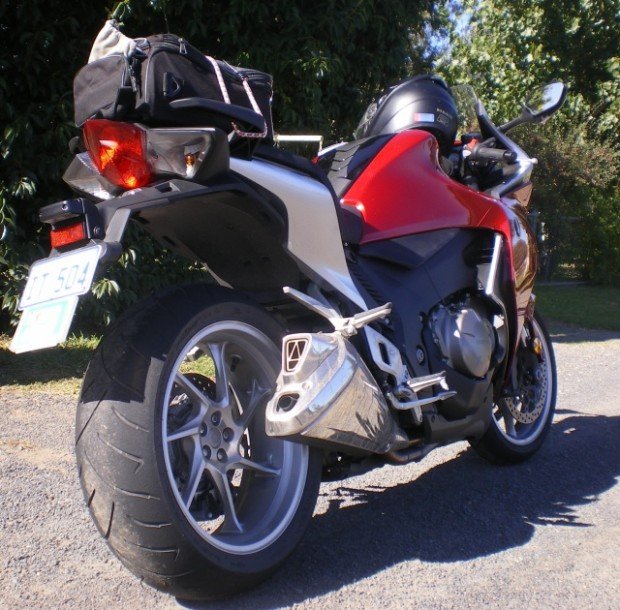 Gentleman’s Express: 190 tyre, exhaust is close to C of G and a butterfly valve in it opens around 5,000

So I had some lunch and a few beers and left three hours later with the Son of Elvis on his KTM 1150. We went the slow way, into Bathurst and along the heavily policed Great Western Highway to Lithgow. We stopped at Lithgow for gas. The Viffer got 17.6 km/l this time.

We headed out of town on the Bells Line of Road. The rear tyre touched a cat’s eye while changing lanes through one of the uphill sweepers out of town, and stepped out a little. It was very controllable, and I remembered hitting a narrow band of sand spread across a road under similar circumstances last year. I just tried to keep my weight down on the inside, and my Roadsmarts went for a slide front and back but recovered grip predictably. I’ve been a fan of how those tyres handle traction loss ever since.

It was back to slow speeds as I got closer to Sydney. As I trickled off the mountains into suburbia I pondered this latest in the VFR line. Who’d buy one?

I rarely commute on a bike, so I don’t care if the Viffer’s no good at it.

I like to ride a twisty road, but it’s a 200km ride from Sydney to what I regard as a decent one. So my day rides tend to be, say, 500-800km. I want to be able to move my body when I get home. The Viffer’s ergonomics, fairing, suspension and seat mean I won’t be in too much pain.

Twisty roads 200km or more from Sydney don’t have good surfaces. The bike has to be stable, with good rubber and suspension. The Viffer’s got that.

I have limited free time, and I prefer riding my bike to working on it. The Viffer has 12,000km service intervals and a shaft drive, so I’d only need 1-2 services a year, and little regular maintenance. 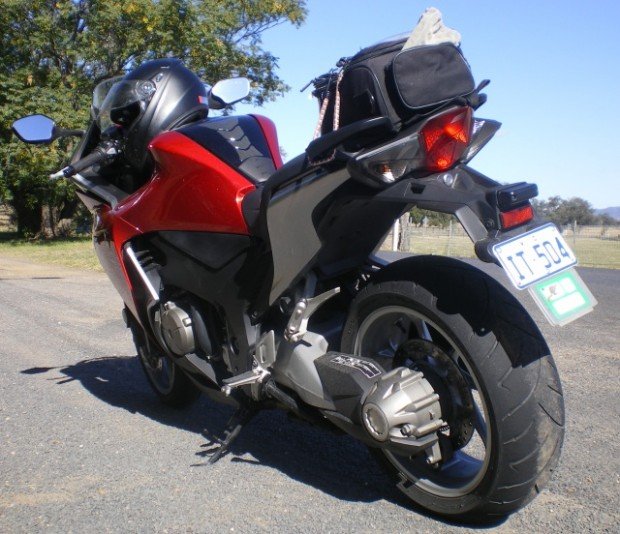 And when I get to that twisty road, there aren’t many bikes that would pass me.

A couple of times a year I take off on a three day tour. The Viffer is fine with that, and you can even get Honda hard luggage as an option if you want to go in style.

What wouldn’t I like about it? It’s a bit heavy, not that you notice it on the move. Lots of people don’t like the looks. I’m surprised at this. You don’t have to look at it while you’re riding it. I don’t mind the looks: function follows form for me, and if the ugliest motorcycle in the world works for me I’ll have it. Not that I think the VFR’s ugly.

Some people complained about the VFR’s range – the tank is 18.5 litres as opposed to the last VFR800’s 21.95 litres. Sorry, I want to stand up after sitting on my lounge chair at home for two and a half hours, let alone on a motorcycle. And where do you want to go? Across the Nullabor plain? You’ll need a range of 190km. The Viffer will go 100km past that at legal speeds. You want to do a long day ride? You’ll fill up twice, and if you’re over 35 you’ll be glad to stop both times.

My early remarks about turn signals were tongue-in-cheek. Honda have a reason for everything, and it’s generally a good one. They’ve announced a VFR1200 with an advanced automatic transmission and a dual clutch. When that model appears, I bet it’s got a lot of controls on the left handgrip, and I bet the indicator/horn switcheroo will make sense then. But I do think they were gunning for BMW with this bike.

And I love hi-tech, and I love function. If Honda had put a Hossack front end on this bike and kept the price the same or less, I reckon I’d have bought one on Monday.