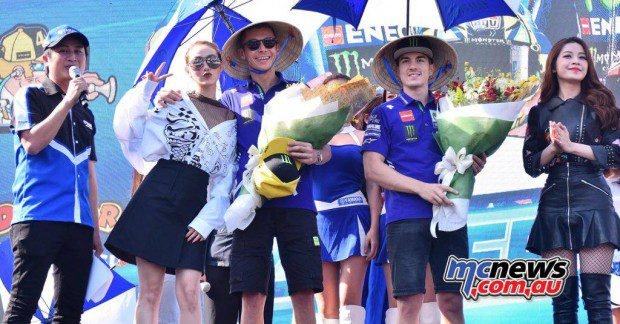 “Have you seen these pictures?”

Have you seen these pictures?

I’ll tell you what’s going on.

Nothing, Gigi. That’s what.

You know why? Because it’s all going on in Thailand, that’s why. 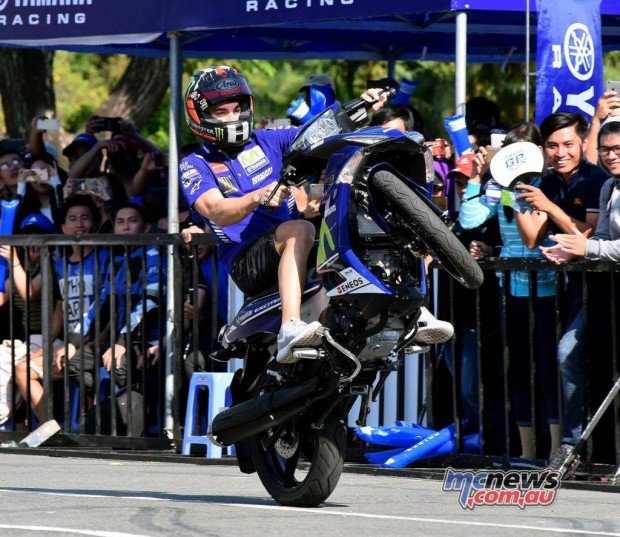 Rossi the Puta being adored by girls and getting cake. 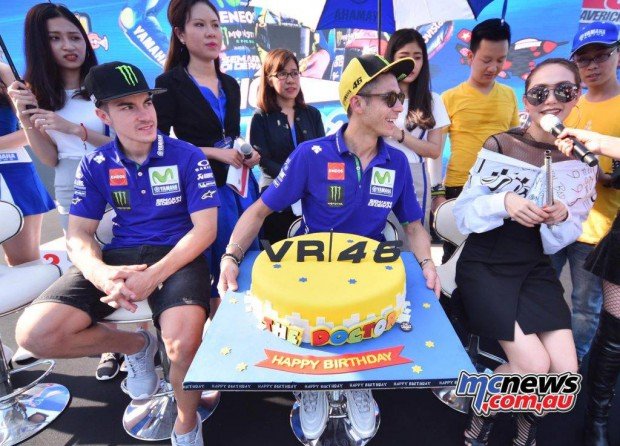 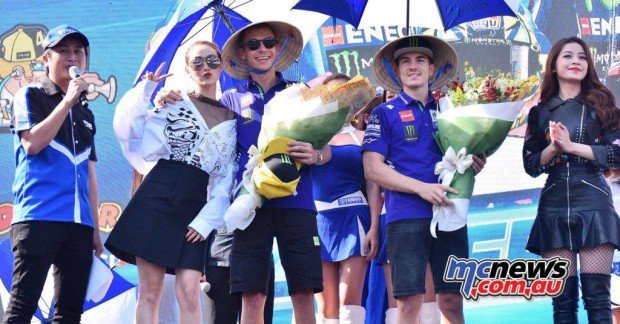 Where’s my cake, Gig? Where are my girls?

Where are my worshipping people?

And no, you and the pit crew bowing to me in the hotel corridor is not the same thing.

You’ve dragged me to some superheated shithole that won’t let me have a parade, and while the handsome man who runs the place, Clover I think his name is, is polite, it’s just not close to what’s going on in these pictures it?

What’s in my pictures? Me at some shitty beach and me in front of some shitty white building. By myself. 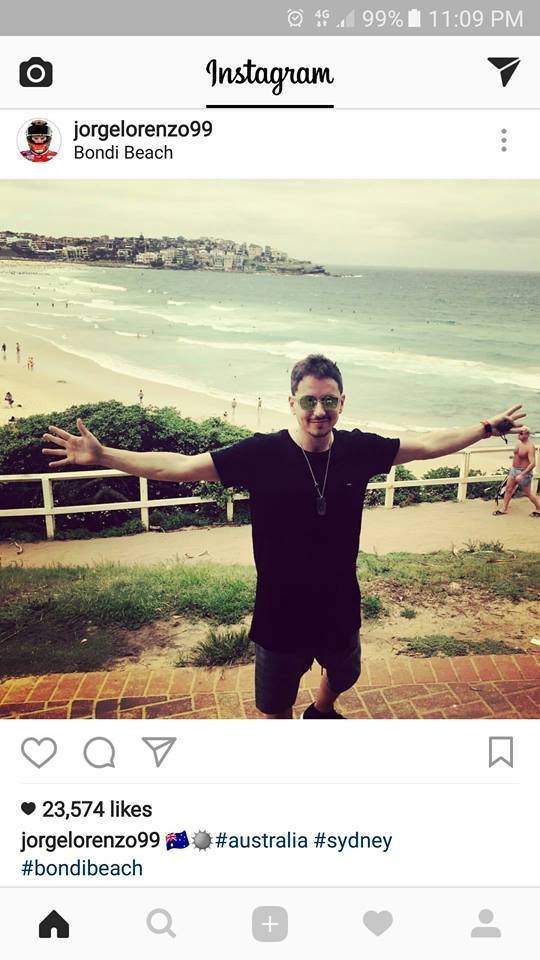 Lin Jarvis is better at this than you.