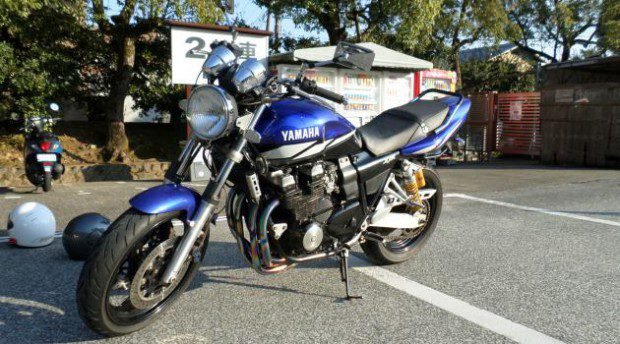 The girl-child finished high school, and it was time for a holiday. She is a weeaboo degenerate, and Japan is the Land of the Motorcycle, so we went to Japan.

It was winter. There were a few scooters in Tokyo. Hardly any proper motorcycles. A Harley bagger, a Triumph T’bird twin, a Hayabusa. This in a city of twelve million. More scooters.

The girl-child had studied the language for five years. The taxi driver couldn’t speak English. Excellent, I thought. I have a translator. The driver looked like an erudite fellow, who would appreciate a robust discussion on controversial subjects. “How do you say” I asked the girl-child, “’Katanas are crap swords?”

She was horrified. “You can’t say that, Dad”, she told me. “It’s rude. They are very polite people.”

We went from Tokyo to Kyoto, by bus and train. It snowed a lot. The motorways were all great high speed sweepers, and all the roads I saw to the side looked to be fun on a motorcycle. I saw no motorcycles.

The waiter at the restaurant we stopped at for lunch couldn’t speak English. He looked like an erudite fellow, who would appreciate a robust discussion on controversial subjects. “How do you say” I asked the girl-child, ‘”Sumo wrestlers are fat and ugly’?”

She was appalled. “You can’t say that, Dad”, she told me. “It’s rude. They are very polite people.”

We bussed on. There was more snow. We saw some hitman monkeys at the side of the road. We stopped in a parking lot in Kyoto. A whole bunch of what I thought were motorcycles pulled up nearby. I went over to check them out. They were GoldWing trikes, twenty or thirty of them, with LED lights that looked like neon, and their drivers wore Santa Claus suits. 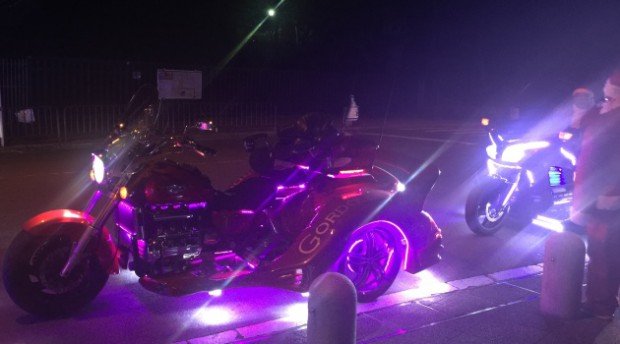 I shook my head sadly. A tanuki came out from under a shrub and ran across the parking lot.

We went to a Shinto shrine the next day. There was a big car park with a souvenir shop. The girls went into the shop. I saw a motorcycle parked fifty metres away. The rider and his woman were nearby, doing up their jackets. I went to check it out.

From what I could see, it was the same as the XJR1300 you can buy in Australia, but with a 400cc motor. The government makes it expensive and difficult to own a motorcycle over 400cc in Japan, for some reason. It had an aftermarket pipe, and a rusty drive chain.

“Excuse me”, I said to the rider. “Do you mind if I photograph your motorcycle?”

He smiled and nodded, and pointed to his motorcycle, and got out of the way. I took some shots. Then I turned off my camera, and put it in my pocket, and said to him “Sumo wrestlers are fat and ugly.”

The drive chain made a bad noise.

The girl-child appeared at my elbow. “Watcha doin’, Dad?” she asked.

“I’ve never seen one of those motorcycles”, I said, “so I asked the guy if I could photograph it, and he said yes.”