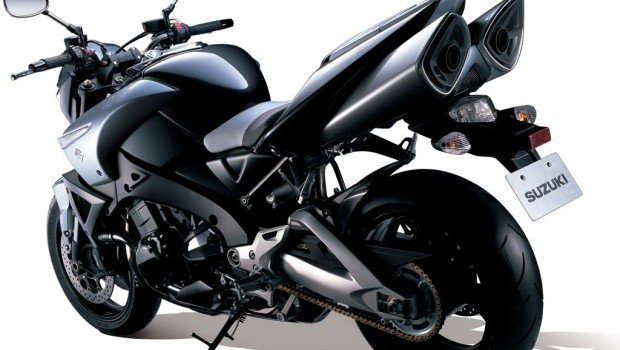 “Eoin, is that really you?”

Instantly, lurid scenes of customising apotheosis flickered into my head…

Sadly, the reality is far different.

My mechanical adventurisms normally consist of me lurching clumsily around my dingy little garage, looking for tools I lost centuries ago, so I can attempt to do shit I don’t understand and am not qualified to do, to a bike I don’t own, with parts I don’t have and that won’t fit even when I do get them. Add beer, bongs, some blues on the stereo and a mate who’s on his way with a multimeter and a bottle of Turkey…and, well…stuff just seems to end up being hacksawed, drilled, cross-threaded, stripped, painted matte black and ridden around the block until the paint’s properly cured and my eyes stop watering, then acclaimed as “Great!”.

“You got some kind of owner’s manual I could use when it’s time to do up the engine?” I asked Eoin.

“I need some kind of reference book for the motor. I’m really shit at mechanical things and a book with simple diagrams in it would be a great help when I’m welding in the high-lift cams.”

“Yes, I imagine it would be. But it might be better if you left that stuff to Phil.”

“Phil? I don’t have any mates called Phil.”

“Christ, you are serious.”

“Does Phil know about this?”

A week later the B-King was sitting in my garage and I was on the phone to Phil Tainton.

“Phil, what should I do? I am confused. Help me. Its arse-pipes are an affront to the Baby Jesus. It already goes very fast. Is it all that clever to make it go even faster? How much faster can you make it go? Its arse-pipes really are an abomination.”

“Go to a racetrack,” Phil said. “Do a few laps and tell me what you reckon. Then I’ll have a look at it.”

That settled, I went to a Circuit Breakers Ride Day with Ian Buckley and we did a few laps.

Interestingly, we discovered the B-King was perfectly happy to do the whole of Eastern Creek in one gear. Any gear, actually. That perception-altering motor never ceases to amaze me. It is beyond strong.

After about five laps each, Ian and I agreed the B-King tended to push rather wide when you got on the power out of corners. This was due to the amount of power available to be getting on to. And it wasn’t a light bike, either – but provided you were ready for it to drift happily towards the vegetables, you were fine.

Shamefully, I didn’t get it out of fourth down the straight. With the speedo reading a glacial 242km/h when it was time for me to consider the entry point of Turn One, I realised I needed to find a higher power, ie. Shawn Giles.

“You need to ride this around the track and tell me what you reckon,” I said when I found him in the pit area.

He returned after three laps of chasing Glen Allerton around.

“The tyres are shit. If you got better tyres and did some work on the suspension, it’d be pretty good. But it just spins coming out of corners.”

“What gear were you in and how fast were you going there?” I said, pointing to where I begin preparations for Turn One.

Shaking my head at the cosmic injustice of it all, I went to seek a second opinion from Glen Allerton. He respectfully declined, citing a need to feed himself from the proceeds of his championship cheque, which wouldn’t arrive if he was seen to be out scraping the pegs on a NotaHonda.

I went home, called Phil Tainton and told him what Shawn had said, and that if I could ride like that, I would agree with him.

“Right, send it back and I’ll make a start on it over Christmas. Meanwhile, you chase up some tyres and whatever else you might want to put on it,” he said.

I’ll let you all know how it turns out…