I actually throw up a little in my own mouth whenever someone wedges the word ‘freedom’ into a sentence that deals with motorcycles.

Let me take that little pink bubble of sparkly unicorn parp and burst it for you.

You are no more ‘free’, in real terms or by any definition of the word, on a motorcycle, than the basest branded slave.

How can you be? You are constrained by the same laws that govern every other road user in this country.

If you are caught not doing the speed limit, you will be fined. 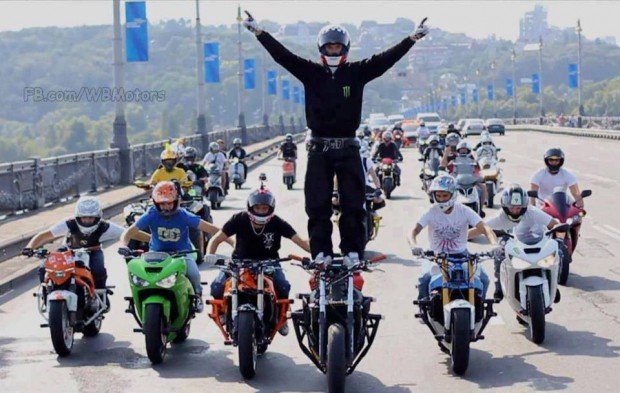 And if you are caught really not doing the speed limit, you will go to jail and your tight little bottom will be explored by men with swastikas tattooed on their necks. You can talk to them about your freedom, if you like, in between the tongue-kissing and hugging.

Sure, there are places and times when you are able to smash your throttle to the stop and scream “Supra legem hominis!” as you plough through the wind at incredible velocities. But even on the most deserted of outback roads, there’s always a chance your little suck of the Freedom Teat will result in being arraigned before a magistrate to plead for a non-custodial sentence.

You cannot ride your trail bike on publicly-owned land unless the bike complies with various bureaucratic demands. And forget about taking your knobby-tyred monster anywhere where there are endangered ferns, lichens or nocturnal shit-birds.

Are you free to ride where you want?

Are you free to ride as fast as you want?

Are you free to ride what you want?

Are you free to ride in whatever attire you please?

What kind of freedom is there to be felt when you’ve wedged your entire head, and every sensual delight it’s designed to provide you with, into a padded fibreglass bucket?

What freedom is there to be had in not being able to drink, take drugs, and ride cackling like a thousand crazed demons along moonlit country roads firing a 12-gauge shotgun at road-signs?

Where is this freedom? 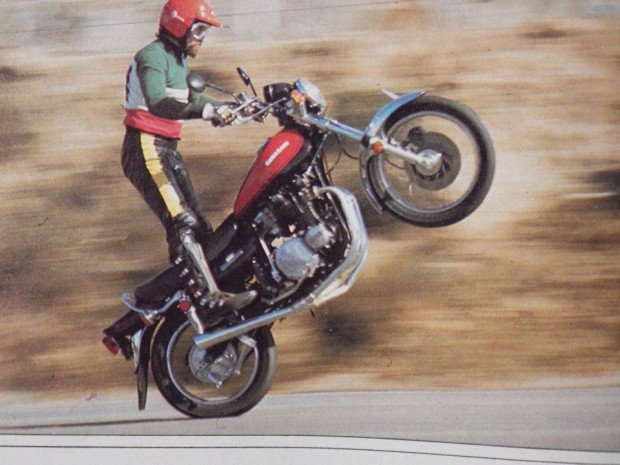 Stand up, clank over to the window in your chains and manacles and show it the fuck to me.

You have no freedom on a motorcycle. No more than you have in a car.

It’s an illusion. A mirage promoted by advertising companies and swallowed by wide-eyed youths who are not free to choose what motorcycle they are permitted to ride lest they be overwhelmed and become feverish.

But I’ll tell you what you do have, and what you’re mistaking for freedom.

On a motorcycle you are empowered like you could never be on any other motorised vehicle.

The feeling of acceleration? That’s not freedom. That’s you being empowered.

The thrill of stringing together a hundred mad bends? That’s also not freedom. That’s empowerment too.

Do not confuse it with freedom.

There is only one kind of freedom in human society.

It is not speech or action. It is in thought. And even that is being relentlessly squeezed out of us by government propaganda.

Hands up if you actually believe that speed kills?

Keep them hands up if you agree with the government that there is carnage on our roads, and teenagers who are allowed to fly fighter jets into battle and have the reflexes of cats, must not be allowed to ride 1000cc missiles with immaculate precision?

Leave those bastards in the air if you agree that the government knows what is best for us and that individual freedoms must be sacrificed for the myth of ‘public interest’?

See how effective propaganda is?

We instantly condemn riders who aren’t wearing what we’ve been convinced they should wear.

We wholeheartedly vilify riders who ride their bikes in ways we’ve been brainwashed to censure.

We endlessly wish “safety” upon our fellow riders instead of “fun” and “thrills” and “empowerment”.

Many of us have become that which we deep down inside have always hated.

We do the government’s work. And we do it willingly and with fervour.

The perfect slave is the slave who has convinced himself that his slavery is good for him and that he is really better off living in bondage.

He believes in the illusion of freedom he is permitted, and indeed encouraged, to believe in.

Once upon a time motorcyclists were the very avatars of individuality and anti-authoritarianism. They at least knew what freedom was, even while they knew could not really have it.

Not so much anymore, huh?