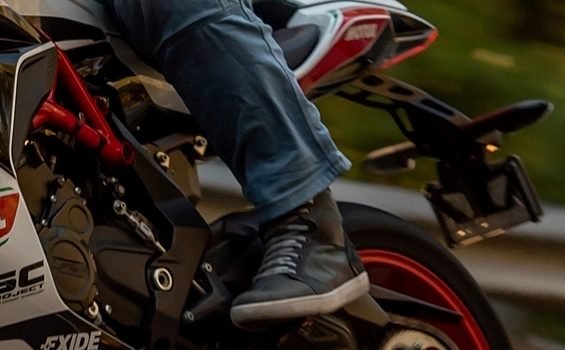 Because I am wrong-wired in so many ways, I spend most of my life in riding gear. Unless I’m going to court or watching the MotoGP on the couch (in which case I’m either wearing a suit or very little at all), I’m in bike gear.

So it follows my bike gear must usually serve on the bike and off the bike. This is especially important to me when it comes to footwear. And while I do admire and appreciate a great and serious riding boot, I have become an admirer of a riding boot that is indeed serious, but looks and feels very casual, like the Forma Hyper. 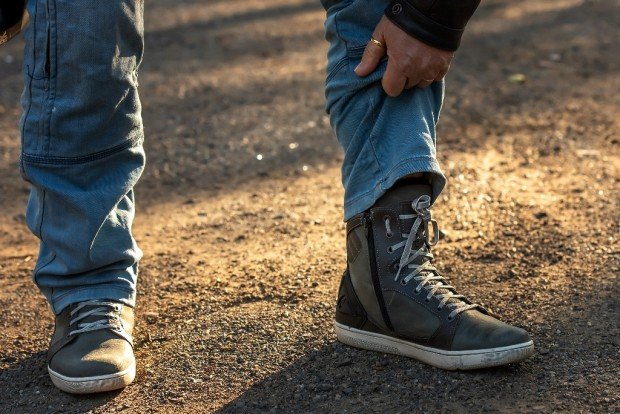 A man could wrestle in these. PIC BY NICK EDARDS

Yes, you could very well ride a skateboard in a pair of Hypers, or spin a pretty girl on her own axis on a dance floor. But you can also ride in them, and should the unthinkable occur, then your feet, and especially your ankles, should come out of it rather well.

Forma boots are designed in Italy, which is why they are so damn good-looking, and made in Croatia in the finest traditions of the European Common Market, and where wages are lower and quality-control issues can be addressed quickly and locally. They are thankfully not made in Pakistan, Uzbekistan or Buggeroffistan. 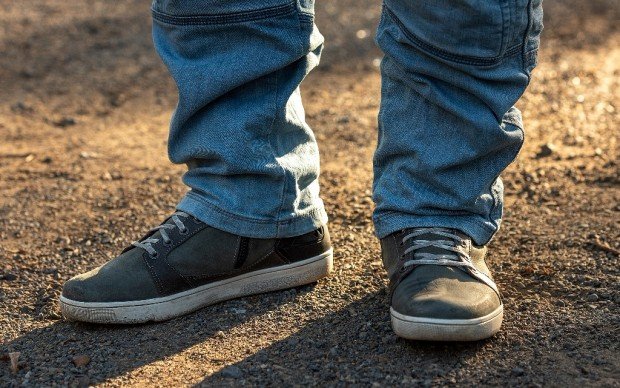 “Of course you may come into our exclusive dancing club, sir…”

I made Justin at Trooper Lu Motorcycles give me a pair for review after I saw him walking around in them.

“These look to be a bit more than just a pair of dancing shoes pretending to be motorcycle boots,” I said, helping myself to a box and strapping it to my bike.

“You’re going to review them, aren’t you?” Justin asked.

“In the fullness of time,” I replied. “Unlike the simian trash that masquerades as the motorcycle press, I do not receive product and shamelessly reproduce the marketing blurb as a review. I actually wear or use the stuff over a period of time and then write what I think.” 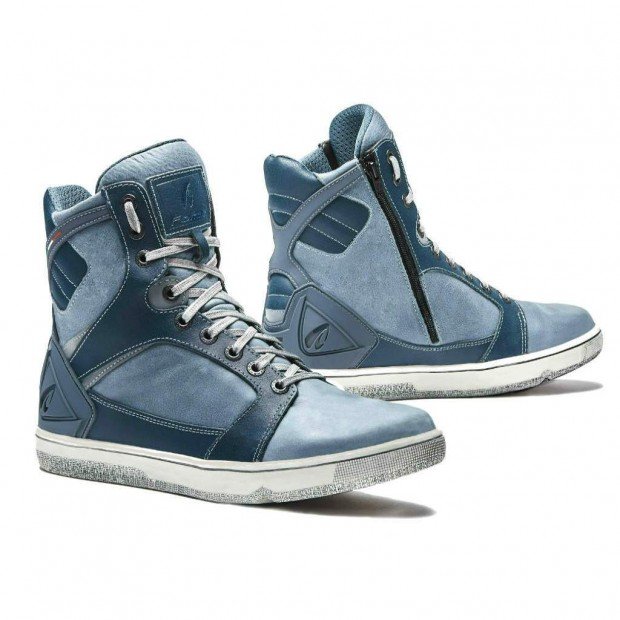 “Why are you wheeling that R1 out the door?” Justin enquired.

“Oh…sorry, got carried away. I’ll be in touch.”

So two months went by and I wore the Hypers, day in and day out. I wore them on casual blasts, commuting around town, and on longer more fulfilling rides.

They are sensationally well-made. Forma very much knows how to make boots – strong, durable and very high-quality boots. 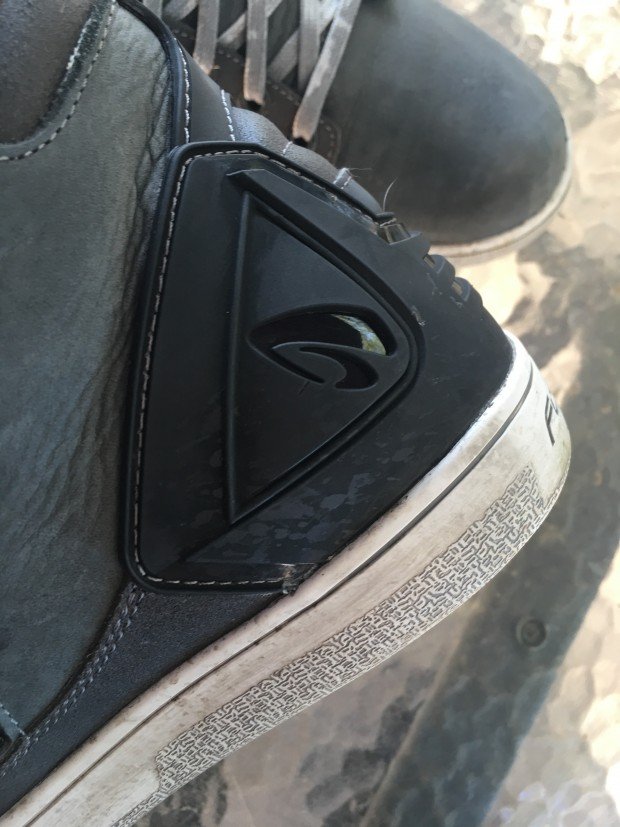 They are crazy comfortable to walk around in all day, but they are also sturdy enough around the ankles, toe and sole, to offer an inordinately high degree of protection for such a casual boot.

They are a little taller in the ankle than other boots of this kind, which allows for proper cupped CE armour to be inserted to protect those pokey-outy ankle bone things below and to either side of your shin. And they have proper motorcycle-boot plastic armouring on the heel. 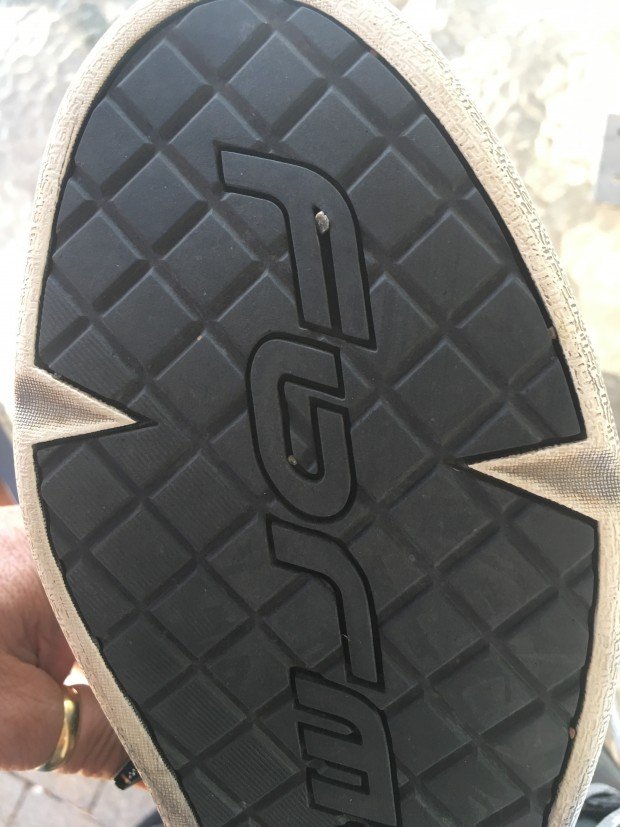 Clever notching in the sole allows for ease of foot motion.

And they deal very well with water, seeing as how they are made from full-grain leather (always important) and DRYTEX, which is Forma’s waterproofing material. Water (and the Urine of Fear) will of course seep into the boot as it runs down your leg, but on general principles, these are very dry boots.

The anti-crush sole is grippy and anti-shock-braced mid-way (so you can stand on the pegs if you must), and the inside is treated with antibacterial matter to prevent hoof-rot from taking hold. It is also notched on the edges, which allows the sole to bend as you walk for added comfort.

They are also quite easy to get on and off, thanks to the laces and top-end YKK side zippers. But once on, zipped and laced, they will have to saw your foot off to get them off – so it’s not likely they will fly off if a semi hits you at 100km/h. It’s always such a distressing sight seeing footwear fly off in an accident. Also, the lacing allows a good deal of leeway in the fit, especially if you have feet that look like large, skinned sheep.

On the whole, the Hypers impress by being hugely comfy, very well padded and armoured, protective, stylish, and reeking of quality. So they’re kind of like a Russian fighting-bear.

And that’s a damn fine thing to be like.

COLOURS? They come in grey, blue and slimming black.

WHERE CAN I GET THEM FROM? I do of course recommend Trooper Lu’sYamaha dealership in Sydney’s southwest. You can visit the Forma website, but if you go to Trooper Lu’s and tell them I sent you, then Justin will know I actually did a review instead of blatantly shoplifting his product.