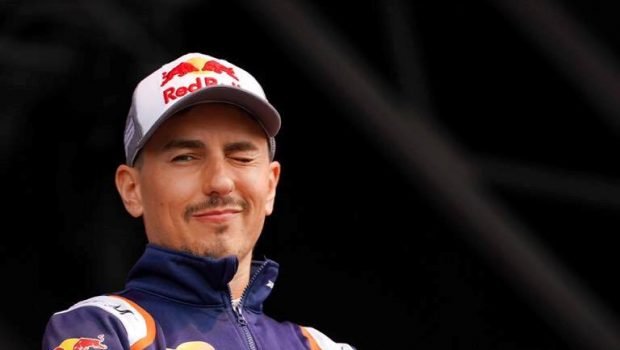 I have returned! The balloons have not yet fallen from the ceiling, but I’m sure that will happen even before I conquer this stupid new Silverock track.

Look at it! It is rubbish. It like the access road outside a prison. The only thing missing is goats eating garbage and sex-offenders waving their genitals out the windows.

But it has everything else that is England. Football hooligans full of lager making the urine everywhere. Even the she-hooligans! I see them squatting among the weeds with their giant yoga pants pulled down. Their thighs look like corn-cobs covered in cheese.

And a new surface? Why do the filthy Englanders think gravy is the best way to surface a race-track? Last year they used potatoes, and everyone knows potatoes do not absorb water, so we all had to go home when it rained. Pity. I am superb in the rain and I would have won. Everyone knows that.

Have they again used gypsies to build the track? Why do I see the Criminal Redding’s name on trucks? And who is that other little knife-criminal hiding behind the toilets? Kant? Kunt? Kont? Why is he stabbing people for money? Can we not give him a job rubberising the tyres?

It is a terrible situation, Poo-eegah. Carmelo needs to do something about everything before it gets out of control. Make a note and send him an Email.

The first news is I was speaking to Ducati for my future plans. I was also talking to Hartley-Davisson, Royle Fairfield and the Russian Mafia who own Benellelli. I was speaking to everyone, Poo-eegah, and they were all speaking to me. I tell you this so you know and can make plans, and are not living on the street when I leave.

So the second news is about my new spine. It is new. I have grown it myself. It is thicker and stronger than my old spine, and it is full of cement, like a hammer! And I have six more ribs as well, like a shark.

I know you have prepared a spanner to tape to my back, but it is not needed. I am now stronger than a horse in my spine. If I was not a multiple world champion, I could pull the Mad-Eyed English Puta through all the gravel traps, like a plough.

But I am a champion. And he is not. And champions do not pull not-champions. They laugh at them from the top step of the podium. Ha ha ha! Like that.

How is Marty atoning for his disgraceful defeat last race? Does he need me to counsel him in the Way of the Spartano Magnifico again? Make an appointment for him, Poo-eegah. I will hit him in the neck with a wet rope. Maybe drill a few holes in his teeth.

How could he let that sobbing bag of sad girl-mierda defeat him? And after all I have taught him?

I am starting to think he may not be worthy of being a Satu Hati Mati Fati. People will start to think he is just a…how you say? A pan with a flash in it. Just like the Yellow Puta.

OK, so now you must make the preparation for the Practice. I think Seat 54B for Practice, No. 12G for the Qualifying and certainly 7D for the race. Or maybe 5S. I will decide later. Gigi had my seats all labelled and in neat rows. That pile you have in the back of the truck must make your life difficult, yes? You Eskimos are not an organised people, are you?

Also, make the tank wings wider a little at the tips, like an eagle descending, so my thighs can feel the speed-feeling in the corners.

So that is all for now. It is good to have me back, I know. Do not disappoint me again.

You remain my faithful servant,