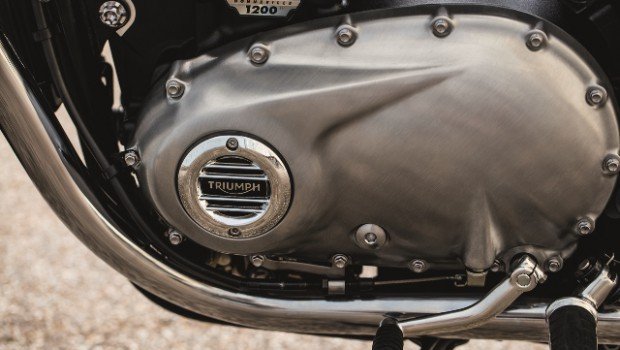 The all-new upswept brushed stainless steel exhaust system of the Street Twin has, according to Triumph,  been developed and tuned carefully to look great and deliver the unmistakable sound of a genuine British twin, and not one of those non-genuine non-British twins; with a rich, fruity note to match its lively character. Their media kit does not specify the type of fruit the exhaust note sounds like, but it does state that the exhaust is tuned to a level you can feel as well as hear.

It also has an LED tail light, a USB charge socket, all the usual instrumentation, and is available with a range of accessory kits for those who like to customise. Triumph calls these “Inspiration kits”, because it is common knowledge that marketing people take drugs at the office, and their dealers will be offering the Scrambler Inspiration Kit, the Brat Inspiration Kit, and the Urban Inspiration Kit.

Importantly, it comes in five colour schemes, three of which are black. 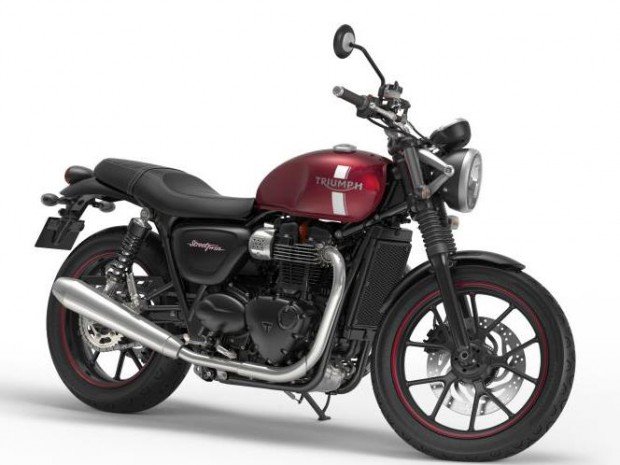 “Listen! Is that the unmistakable sound of a genuine British twin?” Yes. Yes it is.

The Thruxton and Thruxton R are your café racers. They share the 1200cc 8 valve twin engine and café styling. The R has Brembo monobloc calipers, Showa big piston forks, Öhlins rear suspension and Pirelli Diablo Rosso Corsa Tyres. Unlike the rich fruity note of the Street Twin’s exhaust, the Thruxton’s is described as thunderous and rich bass, which we believe is a type of fish. 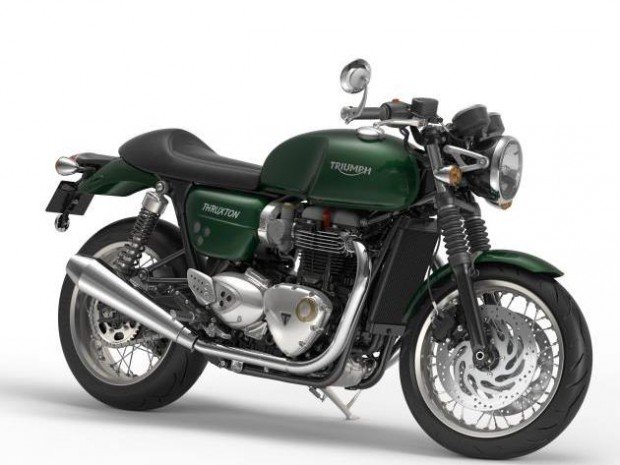 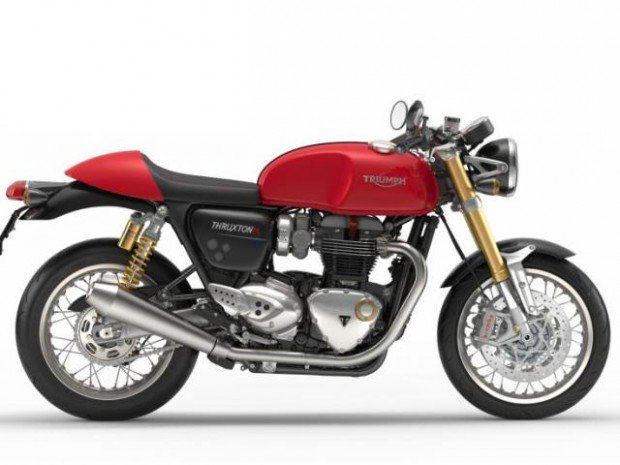 As above, with a dash of Brembo, Showa, Öhlins and Pirelli.

The Bonneville T120 and T120 Black are, Triumph say, built for the modern classic riding style. Most of us here at BIKE ME! ride in the modern classic style, so this will probably be the one we buy. The exhaust is described as deep and rich, with no mention of fruit or fish, and that makes us reach for our chequebook every time. Well done, marketing!

Also, you can customise it with the Prestige Inspiration Kit. We think it has lots of black stuff in it.

Ticks a lot of boxes, that last bike. 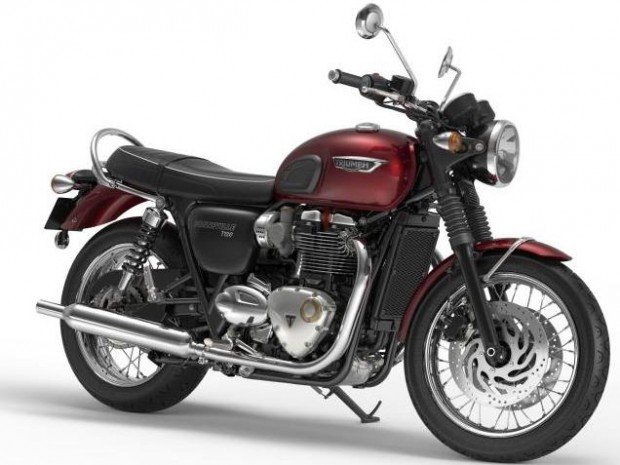 The Bonnie T120. Not black enough. 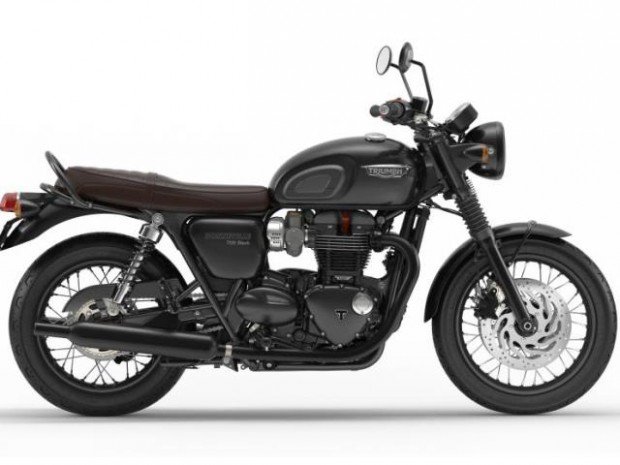 There’s even a sexy film…