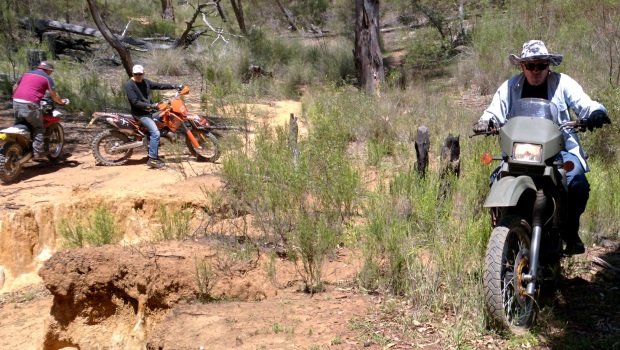 FAT GIRL GETS TO DANCE

This having a suspended motorcycle rider’s licence sucks, I was telling myself as I sat in front of the television steeling a hunting knife. “Do you HAVE to do that?” my wife asked.

I told her it was okay, I was just doing it during the commercials. She switched over to an ABC channel. Government TV doesn’t have commercials. I stopped sharpening the knife.

“They get over a hundred million a month from us taxpayers ,” I told her a couple of hours later. “And they give us this. Stephen Fry and re-runs of Midsomer Murders.”

“Worth every penny”, she said.

“What’s THAT?” she asked when I got home from work the next day.

“It’s a sixty pound compound bow”, I told her. “These arrows with the blades on them are called broadheads. They come out at two hundred and fifty feet a second, and look! You turn this little knob and it shines a light on the foresight.”

“What are you going to do with that?” she asked.

“I am going to shoot feral pigs with it at Daz’s country estate on the weekend”, I told her. “They will squeal like netballers. Then I will ride my KLR.”

It was a bit of a business getting the KLR650 on Gonzo’s ute. The fat girl weighs around a hundred and seventy kilos, and it was hard work pushing her up the ramp. Gonzo just rode his KTM onto the tray. We got to the country estate about midnight Friday, and we were very tired, so we said hello to Bly and Daz and Rob and went hunting with them until about three.

Most people slept late the next morning. I didn’t. I got someone to help me get the fat girl off the ute, and went for a ride. I had recently replaced the front tyre with a Bridgestone Battle Wing BW501 adventure tyre, and I was keen to have some adventures, because at that time I didn’t know what “adventure” really meant. Now I know that it means terrifying lurid slides and horrific front end washouts.

The others got up later and we breakfasted and went for another long ride. Daz’s country estate is pretty big. If you do a medium loop you come back with ten kilometres on the trip meter. “THAT must have been interesting on that tyre”, said everyone, every time we stopped, and I confirmed that it was indeed. Gonzo let me ride his KTM 500 for a while. Brilliant motorcycle. Wonderful engine. Wonderful running gear. Unbearably light. Like being.

We had a cracker of a time. Every meal was a barbecue. The days were hot, but the beer was as cold and bitter as an ex-wife. We shot skeet with a coach gun. We put some clay pigeons on a dam wall two hundred metres away, and shot at them with .22 long rifle bullets. We had to aim about a metre above them, and the wide part of the duplex reticle obscured them, and we fired over a hundred bullets to hit two clay pigeons. Then we got a .243 rifle and aimed directly at the remaining ones and blew them to bits with single shots, and cackled like loons.

The next day, we did it all again. Daz showed us some trails I’d never been on before. They were tight and technical, but the fat girl went pretty well all the places the other bikes did until late, when I hit a rock the size of a grapefruit while climbing a loose-surfaced hill, and fell off her.

Unusually, no-one took my photo in my hour of shame. It’s a heavy bike to get upright on a loose-surfaced hill, but Bly and I managed, and it was rideable afterwards. Falling off on dirt doesn’t count, I told everyone.

Everyone was asleep when I got home at midnight on Sunday. I gave a brief summary to those who asked about my weekend the next day. “Hilarity ensued. No-one died. Fat girl crashes well.”

My wife nodded approvingly when I sat down to watch television with her on Monday. “You’re not sharpening that hunting knife”, she commented.

This having a suspended motorcycle rider’s licence still sucks, though.