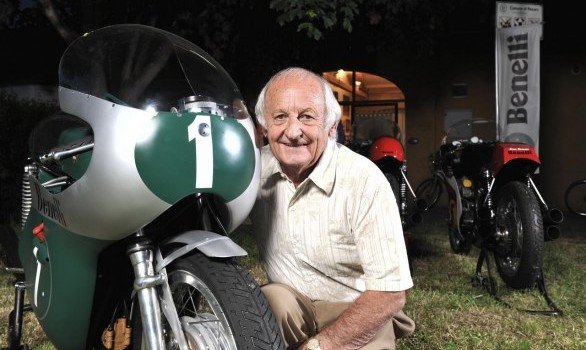 Kelvin Carruthers was born January 3, 1938 in Sydney, Australia. His father Jack was an ex Australian sidecar racing champion, and owned a motorcycle shop. Kel helped out around the shop and learned the mechanical workings of motorcycles at a young age. He started riding at age 10 and entered his first race at 12. Carruthers rode a two-stroke Royal Enfield and excelled at Australian dirt track racing.

At fifteen, Kel turned pro. He had left school and was working in his father’s bike shop, repairing army Harleys and building race bikes. At sixteen, he started clubman racing. By the time the was twenty eight, he was Australia’s top racer. In the early sixties, he won 125cc, 250cc, 350cc and 500cc national championships, riding everything from Manx Nortons to Honda R161s. 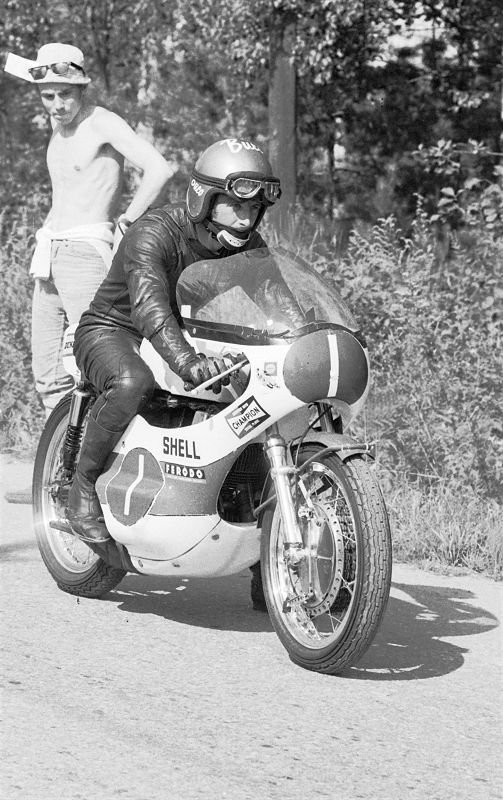 In an interview in 1996, Kel said: “For a while I raced what they called Clubmans — modified street bikes, not Superbikes, but you’d make your street bike into a race bike and there I ran 350 and 500cc BSAs which were as quick as the latest Manx Nortons. And I rode a couple of guys’ 125 Bantams in the 125 race. Then I progressed to a 350 Manx Norton and my dad and I built a 250 Manx Norton and I won a few 250 races on it. Then Honda sent out the 250 four cylinder and I raced that for five years in Australia before I came to Europe. With that I had a 500 Manx Norton and a friend’s 125 MV Agusta and CR93 Honda that belonged to another friend of mine. The last three years in Australia I used to win almost every race. I’d win all five races on the card or something. At Bathurst I won all the races for two or three years in a row. The racing then in Australia was good – the race at Bathurst was one of the most important races in the world, you should have seen the coverage it got in Motorcycle News.”

Kel looked for more tracks to conquer. In 1966, he packed his family and sailed to Europe to try his luck as a privateer. He rode in three world championship classes that first year. 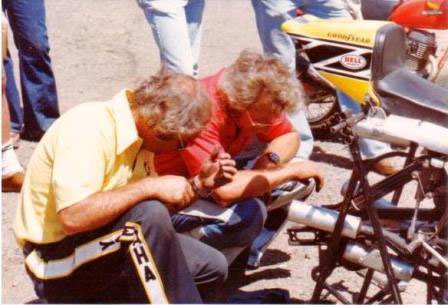 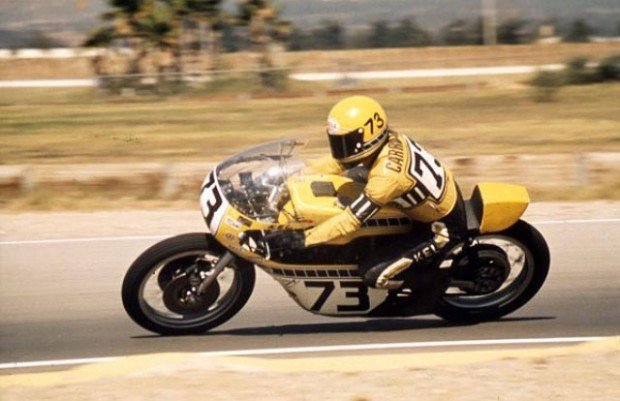 “In those days, the purse money was not very much, even at the GPs,” Kel said later. “The promoters would pay good riders start money so you had to learn how to sell yourself to these promoters and get the most start money possible. You wouldn’t get rich, but you could make a decent living racing in Europe.

“I recall getting the equivalent of about $500 as start money at most races. That wasn’t too bad for the mid-1960s, but you had to pay your expenses out of that. Besides the GPs there were international races on most of the off weekends, so you were racing all the time.”

In 1968 he ran third in the World Championships on an Aermacchi. He nearly got a ride with MV Agusta.

“At the end of 1968, I got an offer to ride the 350 MV at Monza. And as it turned out, they wanted (Mike) Hailwood to ride it and Honda wouldn’t release him from his contract. That was the year he couldn’t race Grand Prixs and could only do private races. I had a telegram to come to Italy to the factory because they wanted me to ride the 350 at Monza and when I arrived there, Honda had released Hailwood from his contract so he got the ride instead of me. In the end he didn’t ride it anyway because Agostini had to win and he would have had to finish second. So he refused. In the meantime Aermacchi loaned me a factory 350 for Monza and for the next year, 1969, I signed a contract with Aermacchi to ride 125, 350 and 500, all Aermacchi. All three classes because in those days the more classes you rode, the more money you made. You’d ride at least two and if they asked you’d ride three because you got more money.” 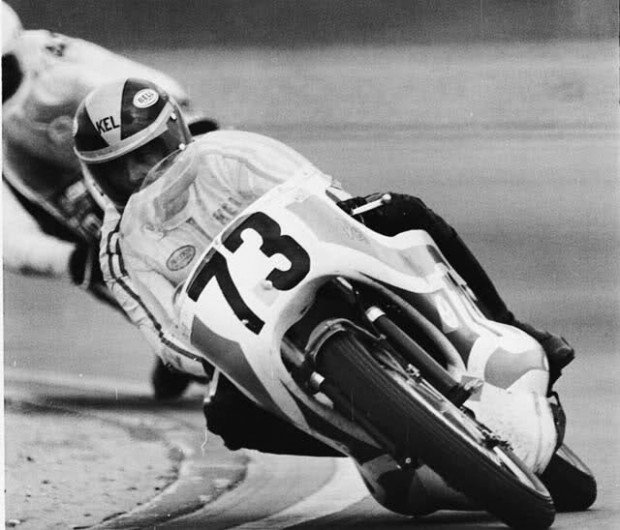 While he was at the Isle of Man that year he was offered Renzo Pasolini’s Benelli 250 after Pasolini hurt himself. He won the 250 class at the TT for Benelli: their first win in four years.

He was still popular back home. In 1969 Rod Laver won the tennis Grand Slam and was voted Australian Sportsman of the Year. Kel was the runner up.

The next year he went to Daytona, won the 250cc race, and came close to winning the Daytona 200. He met Don Vesco, who told him that if he wanted to race in the USA he was welcome to run out of Don’s shop in El Cajon, California. Kel did, and finished runner-up in the 250cc and 350cc world championships on Yamahas. 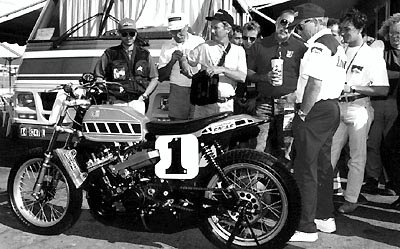 Kenny Roberts’ Yamaha dirt tracker didn’t have the power of the big Harleys. So Kel put a Yamaha 700 watercooled road racing motor in a dirt track frame for him. Problem solved.

Aermacchi allowed Kel to sign with Benelli to rider the 250 for the rest of the season, and Kel became that rarest of beasts: a factory rider for two factories at the same time. He won the 250cc Grands Prix in Ireland and Yugoslavia and gave Benelli their second world title. It had been twenty years since their first.

In 1971, he finished eighth in the AMA Grand National Championships, winning his first AMA national at Road Atlanta in April of 1971. Besides the nationals, Kel won a slew of non-national Lightweight races in the class that would later become the AMA 250 Grand Prix Series.

Kel was in his early thirties by now, and thinking of retiring from racing. He stayed with Yamaha in 1972. There was a bidding war with Kawasaki to secure his services, but Yamaha had deeper pockets. He still rode, but began to spend more time helping the young Kenny Roberts to learn the ropes and tuning Kenny’s motorcycles. 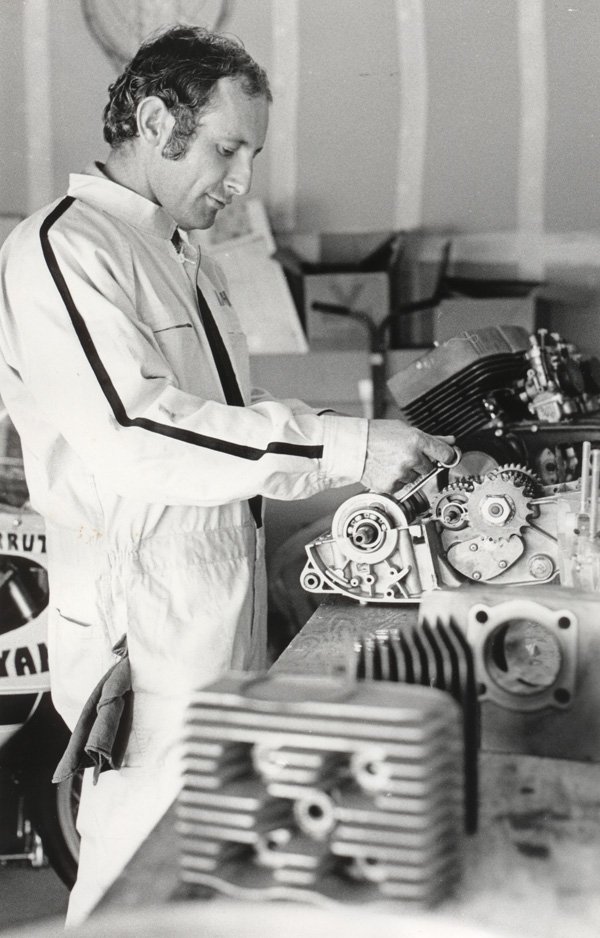 In 1973, Yamaha hired him to run their US racing team. He was still racing (and winning), but he decided to quit racing and put all his efforts into developing Kenny Roberts.

In 1978, Kel and Kenny went to Europe to tackle the 500cc Grands Prix. Kenny won the 500cc world championship in his first year of competition. He attributed much of his success to Kel.

Kel continued working as a team manager for various factories until 1995. He found the work less rewarding as it became a full time management job and he wasn’t allowed to tinker with engines. 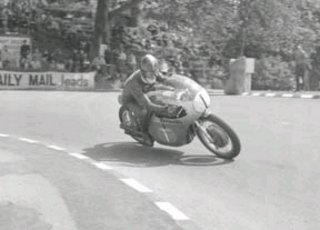 He left motorcycling and headed up the Sea-Doo watercraft factory racing team for two years. Then he went back to bikes and ran the Chaparral Yamaha national Supercross and motocross team and later the Southern California company’s AMA SuperSport road racing team.

He was always first and foremost a rider, and even in retirement is still involved in motorcycles. This year (2007) he will be the Grand Marshal of Riding Into History, one of America’s premier motorcycling events, on May 19.