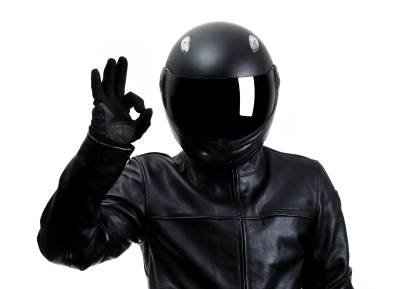 Do you know why they offer a man facing a firing squad or a hanging a hood?

Would it surprise you to discover it’s not because there’s concern over the feelings of the condemned man who may not wish to face his executors?

Hoods are offered to people about to be executed only to spare the killers from seeing the face of the person they are killing.

That is because we humans actually have a lot of trouble killing our fellow humans when we have to look them in the face. We’re perfectly fine carpet-bombing them from 40,000 feet, sending Predator drones after them, or strafing them from on high with .50 calibre machine guns.

The problem arises when we have to look our fellow human being in the eye and then make an effort kill him. This we have all kinds of issues doing, as has been evidenced by battlefield forensic research for decades.

It seems our genetic programming makes it very, very hard for us to kill each other in face-to-face situations.

Interesting bit of trivia, huh? It’s right up there with discovering that all circus lions are trained in German, it being universally acknowledged as the language of command.

But our aversion to killing each other is actually a lot more relevant to motorcycling than yelling “Schnell!” at dopey caged leopards, so save your poorly written letters of imbecilic outrage about this issue’s subject matter until I’ve finished, OK?

Now then, the human animal is programmed to recognise and respond to the human face. It is an all-important trait of ours. Dogs sniff each others’ bottoms to work out who’s who in the zoo, we look at each others’ faces. In fact, we are all about the face. It, along with opposable thumbs, is what makes us human. And, most importantly, it is what makes us recognisably human to other humans. And once that face thing is removed from the way we relate with each other, shit gets real.

Now, I know that most motorcyclists have come to love their full face crash helmets. They keep them in soft bags when not in use, polish them assiduously, and religiously replace them if they happen to drop them on the ground. I also know that there is a certain amount of righteous self-imagery that goes with full-face helmets. That is why they come in so many different angry macho designs. And that is why when you look at yourself wearing one with a dark visor you feel a little like Bobba Fett, or maybe a fighter pilot. Or even a special futuristic super-knight-warrior.

And that’s fine and more power to you. We all like to play dress-up. I rock my bikie shit, you rock your Power Ranger shit and we all try not to crash while looking at our immense and respective beautness in shop windows as we ride past.

Unfortunately, this full-face helmet love is indisputably de-humanising. So while you may feel a bit of a rush being all anonymous and superhero-like with your marvellous lid on your bonce, you need to understand that because your face is invisible, you are effectively not-human to the subconscious mind of the car driver.

Yes, of course I know that car drivers accept and realise we are human. They are not altogether that stupid â€¦um, well, not all of them.

But what I’m talking about is that split second of subconscious thought. That nanosecond of autopilot decision when the idiot soccer mum makes the decision to pull out in front of you while looking straight at you, and not seeing a human thanks to your full-face lid, does so.

How much like Bobba Fett would you feel as you spear yourself into the side of her Pajero?

Look, I know that many of you love your full-face helmets and believe (despite the fact that there is not one single iota of evidence to back it up) they are somehow safer than open face helmets.

I learned a long time ago not to argue with brainwashed apes who have come to hold government propaganda as their own truth.

I just want you to be aware of the whole paradigm of dehumanising facelessness that such passive safety equipment provides.

That way, when you’re writhing under the tyres with your juices lubing the road, you’ll know that the car driver who states he didn’t see you is telling the truth.

He actually didn’t see you. He saw Bobba Fett.