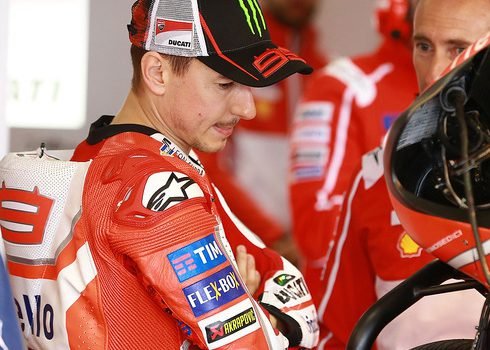 “Explain how Asparagus A, riding an Aprilia made from recycled Italian fascists, and using a crank made from pasta, somehow managed to finish four places in front of you”

It’s OK. Matthias has gone back to Wolfsburg. You can come out of the toilet now. I promise. He’s gone. I saw his Bentley driving out of the circuit.

Yes, he did have a sign on the back window that said: “Do you know who Jonas Fucking Folger is now?” but we do need to discuss other things.

Firstly, I am at a loss to understand how you can start in sixth, ride into third, then finish in 11th. This is also confusing Matthias.

I told him you picked the wrong tyres. He asked what made them wrong and if they were maybe square or made out of dead lizards.

I tried to explain you have got into the habit of demanding the softest compound those rude French bastards at Michelin have because you’re worried you’ll slide off the track and into the sea unless your tyres are “super sticky icky dicky” as you put it.

Matthias said the sea is a long way away from Sachsenring. And you shouldn’t worry about sliding into it because you’re not going fast enough to make that distance.

He feels you’d struggle to make it five metres into the gravel trap at the speeds you’re riding.

I found it hard to argue with this, so I kept my mouth shut in case he slapped me again. I hate it when he slaps me. He has big calloused hands. Like someone who strangles pigs for a living.

He came into the pit garage while you were out on the track and was whispering to his assistant, Ernst, I think his name was. Handsome fellow. Smelled very exotic. Ernst took notes while Matthias pointed to things in the back of the pit garage.

Ernst sent me the notes this morning. Matthias wants to know the following:

Why do we have a drum full of dead octopi behind the tyre pile?

Why is there a box of old sprockets labelled “George’s Special Telemetry” under the workbench?

Why are there different-coloured spears everywhere?

As you can see, it’s going to take me some time to explain all of this.

I also need to explain how Asparagus A, riding an Aprilia made from recycled Italian fascists, and using a crank made from pasta, somehow managed to finish four places in front of you.

That alone is going to take some effort, never mind the spears bullshit.

I am actually glad it is the summer break. I now have a few weeks to sort this heroin addiction out. Then Brno. I can’t wait.