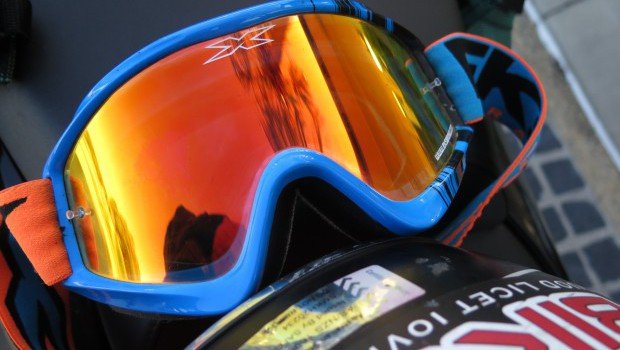 EKS BRAND GOGGLES ON TEST – SEE? YES, I CAN!

I called David Maddock at Ficeda, which is what I do when a piece of motorcycle gear I have has finally fallen to bits, and I need a replacement.

“Go and see an eye doctor.” 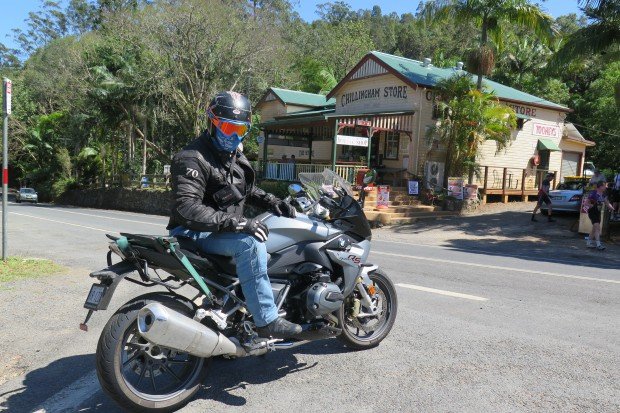 You’ll note how wreathed in magnificence I now am thanks to the the EKSbrand goggs.

“That’s the thing,” I said to him. “I want to avoid that. And the best way for me to avoid that is for you to give me a new pair of goggles.”
“Is that right?” Dave said.

“No doubt in my mind. You see, if you give me a new pair of goggles, then I can throw these old ones away. I have had them for four years now, and they have lost some of their magic.”

“You’ve had a pair of goggles for four years?”
“I have. I am not wasteful like some people. But whenever I put on these ancient goggles I am blind.”

The next day a very sexy pair of Eksbrand Crossfade wonders arrived.

They were tinted the most glorious orange colour. 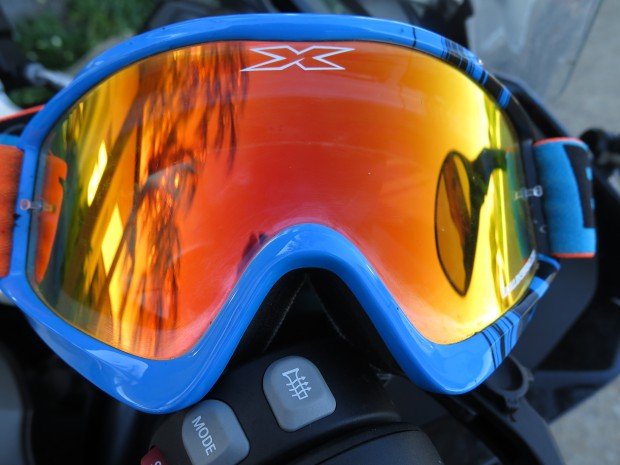 Do you know how hard it is to take a photo of a pair of goggles and not appear in it? I do now.

“Are they iridium?” a dirt-bike rider at work asked when I put them on in the office and went to look at myself in the mirror.

“Don’t be an idiot,” I smiled. “Iridium is a chemical element with an atomic number of 77. It is hard and brittle and is a transition metal from the platinum group. It’s generally credited as being the second densest element after osmium…and maybe dirt-bike riders.”

The next day, I put them on my face and spent five days riding to and from Queensland. 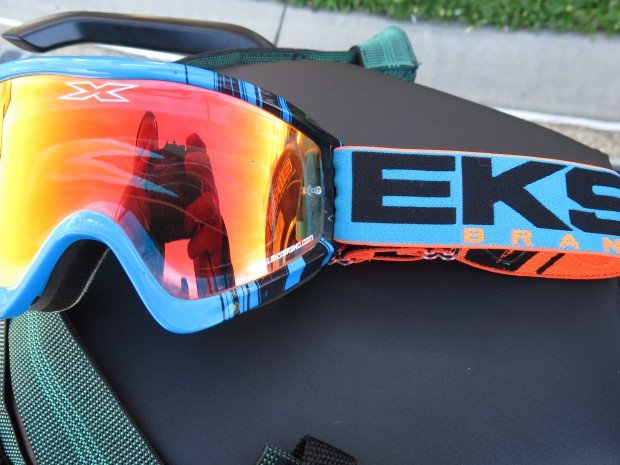 Me and the Exsbrand goggs did about 3000km. We killed about 850 gnats, 12 bees, four wasps and some green thing with yellow guts and claws on its face. I would clean the goggles at each servo, marvel at the filthy insects abroad in this country, and we would proceed apace.

I reached speeds of 243km/h (on a special private racetrack) with them on my face and they did not pop inwards like other brands have popped inwards when I do those speeds. Nor did I scratch them, which was kinda great, because I thought I would when I had to scrape the wildlife off the lens with my fingernails.

They boast a hard-coated, anti-fog lens with tear-off posts integrated into the lens. The foam has four layers and is 17mm thick, so they are very comfortable, even after 10 hours of riding. They offered great peripheral vision, and they did not collapse my sinuses after a few hours.

I did encounter about 100kms of dirt all up, and since dirt-bike riders will want to know how they deal with dust, I am happy to report that I did not plough into the back of Bly’s Streetfighter because my eyes had filled with the dirt his rear tyre threw up because he speeds like a bastard.

And I was not blind. Not even a little bit.