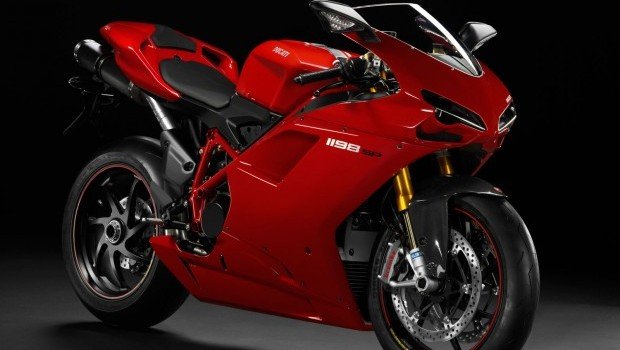 I have always been a fan of the inappropriate. I’m not talking about Catholic priests getting up early on a Saturday to supervise Auskick. I’m speaking of making choices to throw spanners in my own works, to make situations more… interesting. Need to go trail riding? I have attempted that on a XL1000V Varadero. Not dull. Not good, but not dull! Appropriate choice? No (well not with my level of “skill”). Going to play paintball as some type of insipid, corporate team building exercise? I can highly recommend serious stimulants, cable ties and hoods. Making people kneel for “painty” summary execution is apparently inappropriate. Who knew?

Appropriate seems often dull, mainstream and expected. Or, more likely, I suffer from maturity issues from which I will never awake. Here’s hoping.

But as I dribbled down a dark, cold and wet Hume Hwy south of Benalla on an 1198SP, I would castrate myself with a broken house brick for something more appropriate. More on that later. 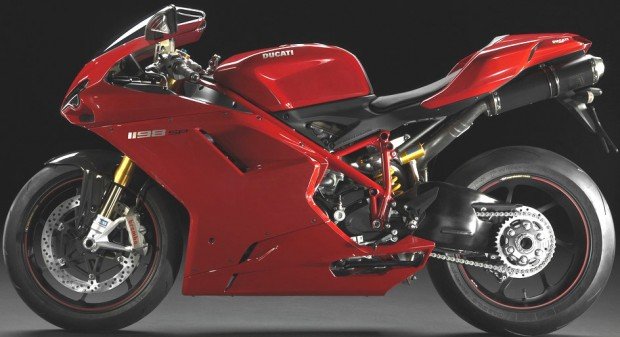 In recent years I have resigned myself to the fact that I will, at no stage, be allowed access to a nude Megan Gale. I am not funny (well not “Ha, Ha” funny). And I can never locate my Rohypnol dart gun in time for fashion week in Melbourne. I am a terrible shot anyway.

I have a lust for this motorcycle that really requires a restraining order. Thankfully my boss (I was a Ducati salesman at the time) didn’t have the sense to eat the keys, or to make the requisite treaties to Magistrates court to produce the aforementioned order.

Subsequently I found myself heading for a Benalla, to visit an old mate via every squiggle on the map I can find.

My ride took in the delights of the Reefton spur, the Eildon/Jamieson road and the spectacular run from Mansfield to Whitfield and then on to Benalla, the Monte Carlo of the……well it’s bigger than Whitfield. 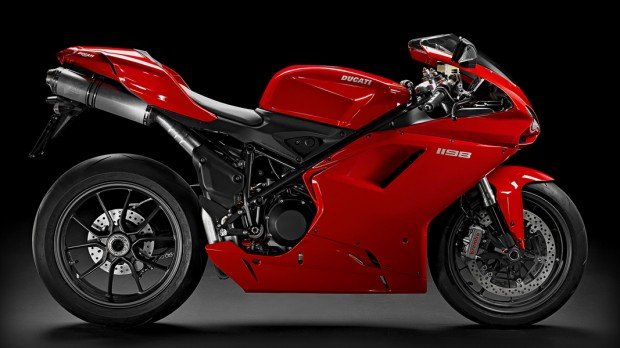 This side hates you with equal intensity

What is obvious early in the day, is the subtlety of the power delivery of this mobile sculpture. It’s about as subtle a high speed train derailment. To use this bike on a tight road like the Reefton Spur is like trying to let off a claymore mine in a shoe box without losing the lid. I have ridden hundreds of bikes over this road, but nothing I have ridden requires the level of input this thing needs keep it out of the trees. There is no where to hide. The mid range is brutal. The steering demands you hang off it and force into turns carrying more speed than is prudent. Stopping it wheel standing into the road side furniture you feel like a lone parking inspector trying to hold back a G20 protest. The picture is very clear that this type of road is not its cup of 98 premium. There is just not enough pace to load up the delectable Ohlins and make them function. 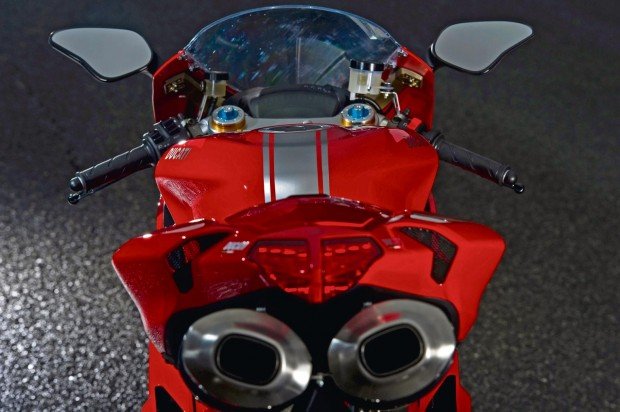 The symphony of hatred, Hell and holy bloody buggery.

What is also clear is this bike would not suffer fools gladly. It punishes indecision and scoffs at a lack of confidence like Berlusconi faced with an over age hooker.

What the SP wants is speed, which I know the more open spaces to come will provide. And provide they do. The sweepers from Whitfield let Pavarotti really belly up to the smorgasbord. If you simply add a one to the advisory speed as a start, the whole machine transforms. The steering is laser accurate. If you ran over an ant with the front you would swear you could feel it pop. The drive off apexes has the front floating in 3rd and 4th. The electronic shifter makes sure there is no let up in the maelstrom of sound and speed. The Supercorsas now have real heat in them, and stick like jizz in a wig. The lean angle and mid corner speed is verging on the ridiculous. The soundtrack through the full Termi system is, to steal from Dave Mustaine, the “Symphony of Destruction”. You are Tony Montana and people will say hello to your little friend. No ifs, no buts. I fuel up and do it again. And then I fuel up and do it again. Then I sit and have the best cigarette I can remember.

I have seen a one of those motivational poster type thingies on the interwebs that reads “No matter how hot she is, somebody, somewhere is sick of her shit.” Which brings me back to the Hume Highway in the rain and the dark. 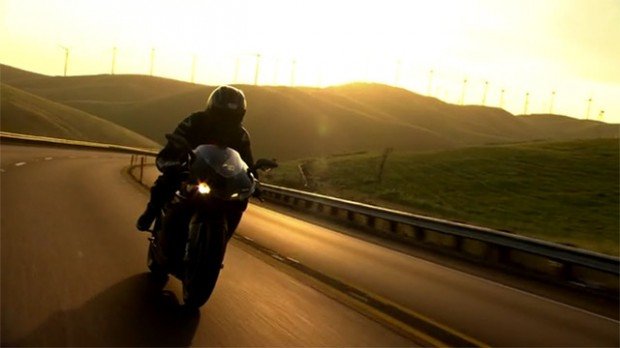 Not Nick, and not the Hume. But it’s a riding shot of someone else suffering. Deal with it.

The 1198 is about as user friendly as a double-ended chainsaw with no handle. At 130 it wants 3rd or 4th, top gear is none of your business unless there is 180 plus on the dash. The Supercorsas skate around on the wet tarmac, while my wrists take a pummeling they haven’t seen since I was 15 and single. My choice of the Hume was down to the three-candlepower headlights. On the road it is a square peg trying for a round hole. When it occasionally fits, it is the most magnificent sports motorcycle experience, with a purity and brutality we may not see again.

Nick Cruth Nick suffers from PTSD and poverty from many years in the Bike industry. There is always a price to pay for free motorcycles. With the help of his BikeMe! brethren and small batch whiskey, things are improving.