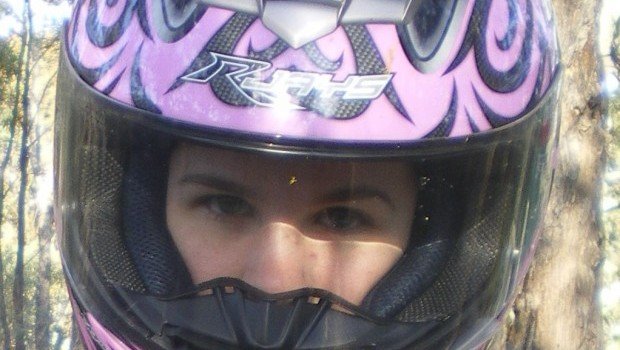 School holidays last month, so I took my daughter away for a couple of days to visit my brother. We rode out to Kelso on the VFR, and stopped for petrol.

She likes animals, and saw the opportunities presented by wearing motorcycle gloves. “Dad”, she said, “If we see an echidna, can you stop so I can pick it up?”

She thinks she will probably become a vet nurse when she leaves school. I asked her a while back why she wanted to be a vet nurse and not a vet. “Because vets have one of the highest suicide rates in the country”, she said.

We rode north from Kelso towards Sofala. The last time I rode that road northbound was in the eighties. I was on a big shaft drive Kawasaki Z1100ST, and I was going to my friend Allan’s weekender to shoot rabbits. Where the road climbs the mountain about 10km south of Sofala was dirt then, and the Z1100ST got a severe case of axle tramp on the washboard corrugations, coming out of the uphill turns in long slides under power with much shuddering at the rear.

I wondered if Allan was still alive. He was twenty years older than me, had one lung and smoked forty or so Benson and Hedges Special Filter a day. I decided he wasn’t.

The washboard corrugations are still there, but covered in bitumen.

We didn’t see an echidna, but stopped a couple of times for other wildlife. The terrapin was pretty rank. 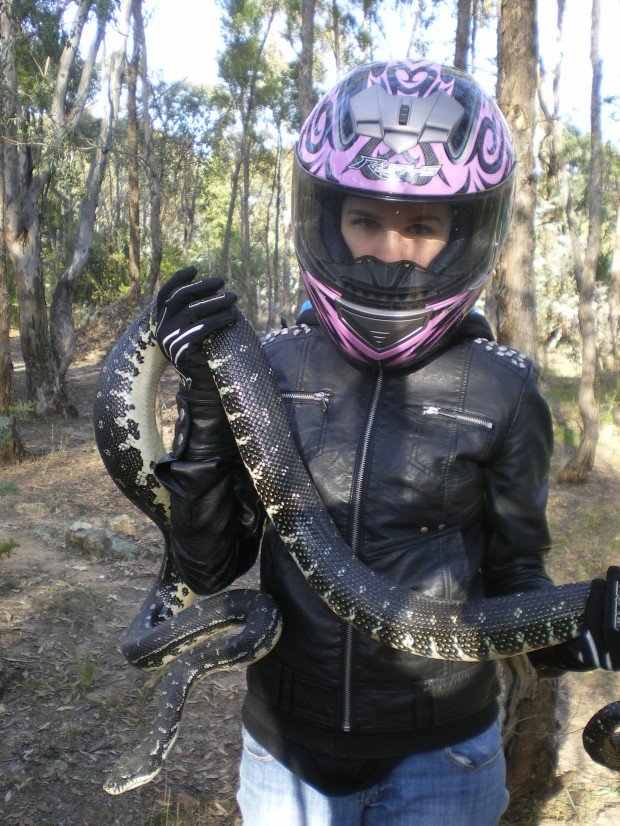 We spent a couple of days riding the dirt bike and fishing in the dams and catching yabbies, and my daughter played with my brother’s chickens and goats and dog.

His dog is a wilful and disobedient dog, and spends most of its time being yelled at and threatened with sticks. If it was a child, it would be on Ritalin, but I am told that as it isn’t a child, yelling and threatening with sticks is the way to go. My daughter pats it a lot, and gives it hugs. Then it is wilful and disobedient again and does something it shouldn’t do like killing a lizard or a chicken.

My brother showed me around, pointing out various types of tree. There are many varieties of pine tree on his property. He pointed them all out to me, giving their common and scientific names. “Wollemi pine there and there”, he said. “They were on the verge of extinction a few years ago. Those ones over there are Norfolk pines. Down there are Bunya pines. And there’s Pinus radiata over there, there and there.”

“You’ve certainly done a lot in the year you’ve been here”, I told him. “Weren’t you going to change the name of the place as well? I remember you never liked the name the previous owners gave it.”

“Yep”, he said. “I’ve got the sign made up and everything. It’s over there near the gate.” 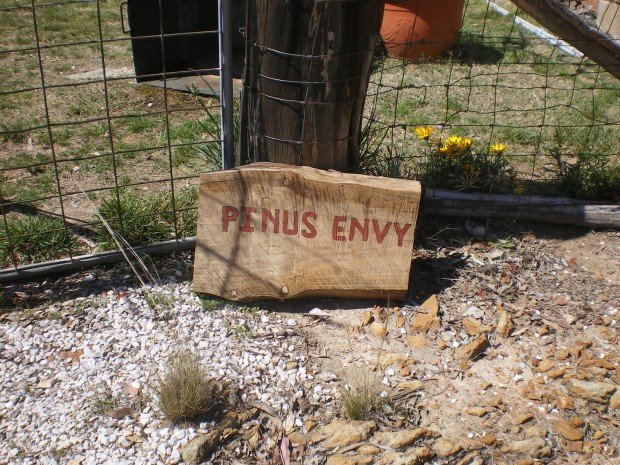 The weather was more windy than an episode of Q & A. My front tyre had worn down to the tread wear indicator. A cop followed me all the way from Mount Tomah to Richmond. There were five police cars collecting revenue on the motorway between Blacktown and Lane Cove. Obviously, all crime in the greater metropolitan area had stopped while I was away.

That’s going to take some explaining.