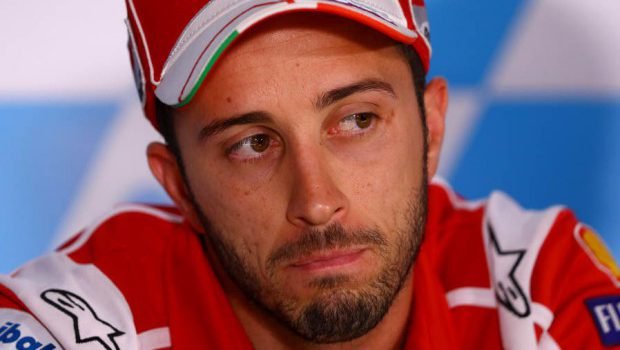 “Did you tape your visor up when I wasn’t looking, or are you riding with your eyes closed again?”

The fuck was that about?

We have, in fact, never stopped talking about it, and now everybody is going to talk about it until the mountains crumble into the sea and the sun explodes and swallows the Earth.

Before Valencia we talked so much more about it because it was more important than ever that you got it. There was quite a lot at stake.

So three times a day we talked about.

Did you not remember the seven-hour-long Powerpoint presentations?

I even left notes under your pillow in case you weren’t listening when we talked about it.

How could you miss the man I hired to walk in front of you with a sandwich board that said in big black letters on a bright yellow background “When You See Suggested Mapping 8 Appear On Your Dash It Means Move The Fuck Over”?

And what did you do?

You rode in front of Dovizioso like a massive beshitted thundercunt, and blocked him from passing.

Several times Dovi showed you his front wheel. Five times we put the Mapping 8 message on your dash. Three times the pit crew put a big yellow arrow on your pitboard with “-1” next to it in the vain hope you would put all of these things together and drop back a place so your team-mate might have a shot – admittedly a very remote one – of winning a world championship.

Did you tape your visor up when I wasn’t looking, or are you riding with your eyes closed again?

You do remember what world championships are, don’t you?

They must be a little hard to see from your vantage point in the rocky trackside vegetables where you ended up with your closed eyes, but you must remember them.

And do not give me that “I was towing the sad-eyed puta into the lead to fight with Marquez!”

You weren’t riding fast enough to tow anyone anywhere. You were just in the way.

And then you crashed. And then of course Dovi crashed as well. He had obviously lost the will to race along with the will to live. The inside of his race suit was completely filled with his hopeless bitter tears and a few kilos of Spanish gravel.

Have you any idea how I’m going to stop the sobbing coming from his motorhome? We’re even pumping oxygen in through the vents in case he goes into some kind of spasm and forgets to breathe.

It’s a pretty shitty way to end the season, George. The Frenchman beat you like a piñata. The Yellow Puta beat you like rented mule. The dwarf puta beat you like Led Zeppelin’s drum kit. Even Vinales, who forgot how to race a motorcycle after coming back from Ibiza glistening like a donut with the musky moisture of loose island supermodels on his glazed face, beat you. And he came 12th yesterday.

I have no idea what we’re going to test on Tuesday.

Here’s some homework. Learn this. There will be a test.

See you on Tuesday.