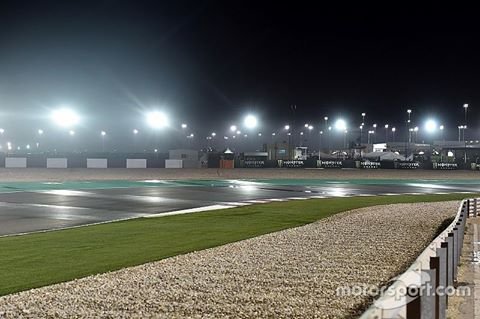 You cannot declare war on Qatar. It’s not Qatar’s fault it rained and you have to start in 12th.

The Prime Minister, Abdullah bin Nasser bin Khalifa Al Thani, is very upset. You need to stop sending him messages saying his country is a pile of merde and that you won’t rest until “the Imperial Spanish Air Force has bombed his shitty Bedouin encampments back to the Stone Age”.

No, I will not summon the Spanish Ambassador to the racetrack and I will not travel to the New York to speak to the United Nations General Assembly. And neither will you.

It’s bad enough you called the French embassy and told them they’re too stupid to make decent tyres and they should stick to cooking pond-animals and garden pests, and surrendering to the Germans.

I understand the “yellow puta” is in tenth, so you’re only two places behind him, so there’s that.

And yes, while it’s true there are a bunch of snotty-nosed kids making up the top nine, even if one of them is your team-mate, Dovi, it’s not fair to say no-one has ever heard of them and they have no right to be there. Lots of people have heard about Crutchlow and we all know who Marquez is, even if we’re not allowed to speak his name in your presence.

Now stop screaming. Don’t make me send Dr Costa into your motorhome with his special jar of special chewable gummy bears that calms your butter.