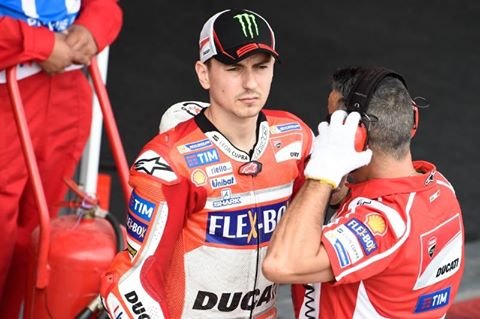 “Dear George, You need to come out of the toilet”

You need to come out of the toilet.

Seriously. How long do you think you can stay in there?

Look, it’s probably not true about Karel Abraham’s dad bribing the President of Argentina to make it rain. But yes, it is true Karel is in second place on the grid on a Ducati that was made in 2015 from old Czech beer tins and chocolate.

And you’re right. Karel can’t ride for shit and his creepy beard is probably full of weevils.

It’s also true Petrucci, whose Ducati is made out of paper and runs on kerosene, is starting in fourth.

Actually, and it pains me to say this, yours is the slowest of all the Ducatis we have brought to Argentina. And this is after we put all the telemetry from all the other bikes into it. All of it, George, Swear to God. Just like you asked.

You are, if I’m not mistaken (and I’m not because that Lin Jarvis bastard has not stopped laughing for the last three hours), you’re starting in 16th.

If you finish in that same position there will be no points. Not even any of those “special butter points” you think you should get because you are a Spartan.

And please don’t death-stare the mechanics. It’s not helping. They put on the seat you told them to put on.

Now stop texting the Argentine President and come out of the fucking toilet. I will give you a lolly.