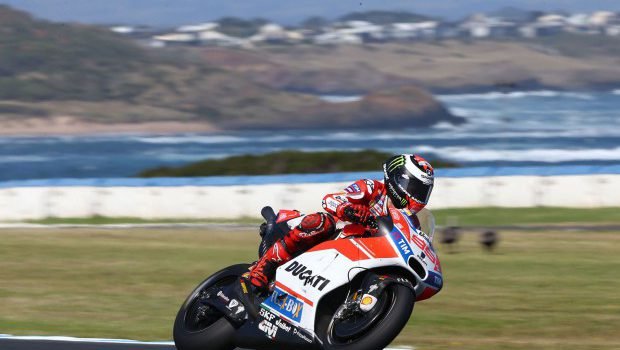 “Dear George, Great sainted shitfuck, are you out of your fucken mind?”

Great sainted shitfuck, are you out of your fucken mind?

Do you think the Germans have demolished ALL their old WWII ovens?

How can you tell those reptiles at MCN that:

“We have very little time, just three more days before the Qatar race”?

when we have the same amount of time as everyone else?

And this: “But that’s the situation that we have, and we have to do the maximum with what we have.”

Is it the “we” who built the bike Casey can ride faster than everybody? It can’t be that “we”, can it? Because that “we” has already done the “maximum”. That “we” has even given you a special magic box. With magic shit inside it.

And then you make it even worse and say: “I don’t have enough experience to know if that prevents me from getting on the throttle on the exits of corners, because I can only compare it to last year’s.”

Are you shitting in my eyes? It feels like you’re shitting in my eyes. How long have you been racing for? How do you not know what’s preventing you from getting on the throttle? It sure as shit isn’t that fat fucking German pay-cheque, is it?

And you need to stop comparing last year’s bike to this year’s bike. You were on a Yamaha last year, remember? This year, it’s a Ducati.

But it’s very lucky for everyone you think that “For the moment the engineers know what I feel, though”.

You keep thinking that, George. If I can find a single one of them who actually knows or even cares about how you fucken feel, I’ll send him to you.

For the sake of my children and my children’s children, did you really have to keep going on to that bastard from MCN? Couldn’t you have just walked off somewhere?

They’re all motorcycles. Even that KTM rubbish. Frame, engine, handlebars, wheel either end. Turn the black thing on the right handlebar all the way all the time.

You then said: “For now, the Ducati doesn’t have corner speed”.

Sure as fuck had it when Casey was riding it. I wonder what the fuck happened to it when he stopped riding it? Tricksy Hobbit that corner speed, huh?

And somehow, it got even worse…

“Something still isn’t right, and we haven’t discovered something that will allow me to be faster both in the corners and getting on the throttle.”

We HAVE discovered what that is, George. We really have. And we know just what that something is that isn’t right. Every Email I get from Germany identifies it.

“We don’t have the bike to best carry the corner speed, but Bautista is faster than me through most corners, so we have to understand why that is.”

We reckon it’s because Bautista is riding faster than you, but then what the fuck would we know? Maybe if we give you his bike? Would that be better? Would you have the right bike then?

“We’re not at the level at Phillip Island to fight for the win. We can be at other tracks, and we have to keep working to make the bike more competitive at them. We’re waiting for those tracks.”

Phillip Island was not a race, George. I told you that. You were busy breaking chairs in your cabin, so you might not have heard me. So there was nothing to win.

That will change very soon.
So we’re waiting too, George.

But the Germans…the Germans, they are not patient people…