In what was probably some kind of oversight, we got a set of the Continental Sport Attack 3 tyres in the mail. The ones that are receiving rave reviews. But we do not do “rave reviews” unless there is something to actually rave about. Then we do. In this case, we gave the tyres to Boon. He is young, brave and relatively expendable. In short, the perfect person to try out sexy new high-tech hoops. If he likes them, he will rave about them. If he doesn’t, he will be seeing a bone-graft surgeon. Either way, the consumers win.

Habits are hard to break – be it smoking, alcohol, nose candy, or having hot women step on your nuggets with high heels for your sexual gratification. For me the hardest habit to break is buying motorcycle tyres… and the nugget thing. But it’s not the quantity of tyres I buy that’s habitual, it’s that I run the same thing over and over again to avoid disappointment. 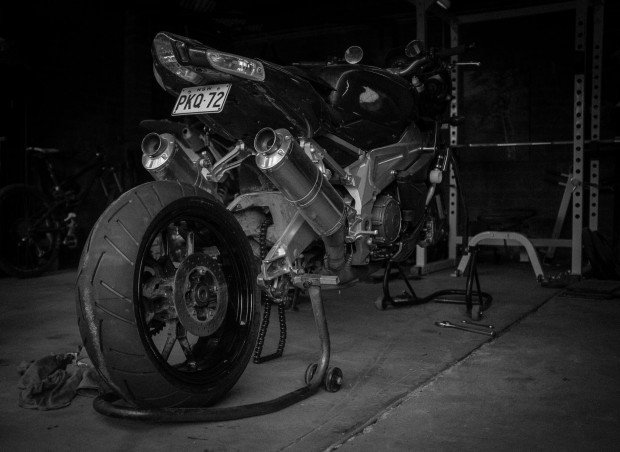 For many years now I’ve been riding on Michelin’s Pilot Power variants on any bike I’ve owned which hasn’t been an absolute bucket of arse. And they’ve always done everything I’ve asked of them – they are great on good roads, crap roads, wet roads and even roads that aren’t really roads at all. They also last for ages and don’t cost more than the bike is worth. 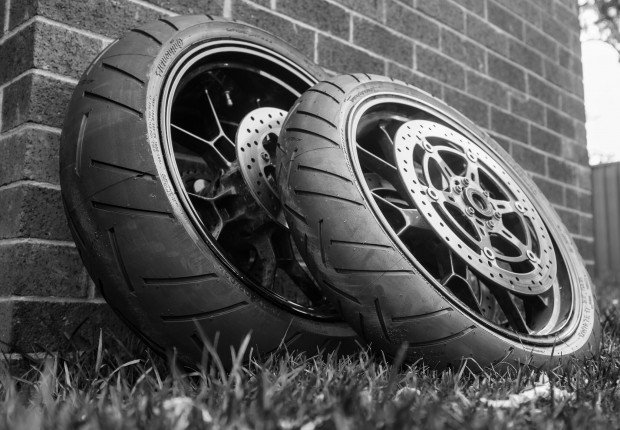 And yet here I am now with Continental Sport Attack 3 tyres on the front and rear of my lovely old Aprilia Tuono 1000R… with some Rainman-like trepidation, I might add. But rather than just ride on them for three hours and do a typical magazine “tyre review” the plan is to bang out a few thousand kays and see what they’re really like on a variety of surfaces which the typical motorcyclist might encounter. How do they handle the wet? The cold? How do they wear over time? 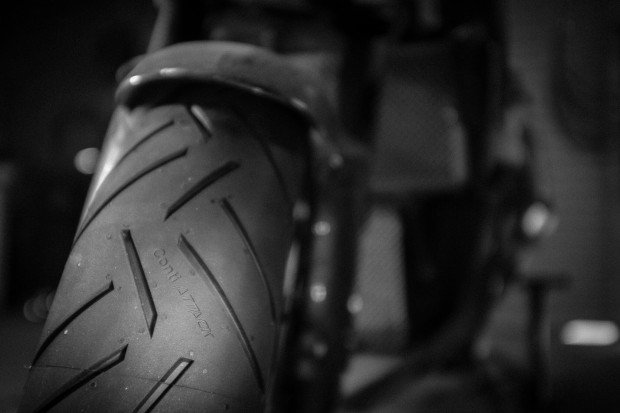 Flicking through the marketing gibber, I’m guessing the answer to all those questions and a lot more will be: Pretty damn well. For handling moist roads, the Sport Attack 3’s have a magical tread pattern for improved drainage effect, plus a new silica compound to increase grip – it’s called RainGrip. They’ve also got TractionSkin, which is a micro-rough tread surface to stop the need for tyre break-in.

Plus there’s this: “innovative Grip Limit Feedback Technology increase the level of safety during extreme lean angles as the rider receives feedback from the tyres at an early stage in critical situations for a higher level of control at the limit.” For those of you who don’t speak Marketing, I’m guessing it translates to: “When you are flogging out your elbow-slider while lapping the Old Road and you start sliding the front AND the rear, the tyre will let you know you’re carrying on like a bit of goose instead of the CareFlight chopper having to make a fifth trip up there for the day.”

This is apparently how much better they are than the already special ContiSport Attack 2s. 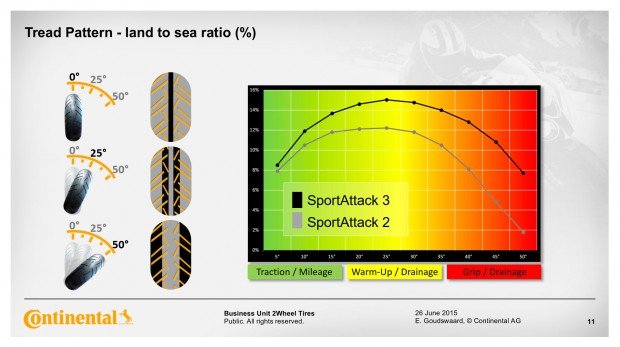 A 50-degree lean angle with better everything. Go Boon!

After smashing out some kilometres on these tyres, I’ll definitely be able to let you know if that’s true or not… hopefully not with one of those typing head-wand things from a bed in Westmead.

Would you like to try a set for yourself and maybe see if Boon is telling fibs?

You can find your nearest distributor HERE.