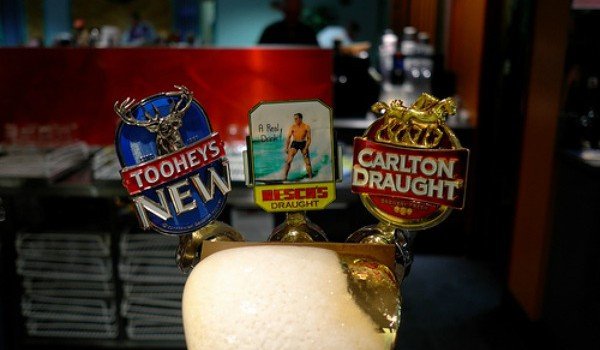 It started to rain lightly on the way to Tarana. It looked cloudy to the north, but there was blue sky to the west, so I forewent those great bends on Diamond Swamp Road and continued west towards O’Connell. It was an otherwise warm day in early January.

There was a sign on the road warning of cattle. A guy under an Akubra gave me a warning wave from his ute, and I nodded. I trickled through the cattle on the road at idle in first gear. There were a lot of baby calves. I had earplugs in, but I could hear my daughter on the pillion seat cooing. She is a sucker for anything with four legs and big brown eyes, ungulates especially.

One cow stood her ground until the last minute and tried to stare us down, but broke and trotted off.

The rain stopped, but the road was wet. It was scenic, though, albeit narrow; and I trickled along at 3,000 rpm, picking my way around the bumps. I came around a turn and two large wedgetailed eagles rose from a wallaby corpse. They were at head height, maybe two metres to our right. I’ve never been that close to a wedgetail. They are magnificent.

I pulled in to the Kelso Hotel shortly after midday. There were ads for their Australia Day festivities. There was to be a thong-throwing competition, and face painting, and yabby racing, and a mechanical bull. I made a mental note to check my social calendar.

I led my daughter in to the bistro. We dumped our helmets on a vacant table, and headed for the counter. I had lunched there the previous day with Ben, so I knew the menu. “Sirloin steak, please”, I said. “Medium rare, salad and chips, pepper sauce.”

“Make that two”, said my daughter.

I went to the bar. The barmaid called me luv, and asked me what it would be, as a proper barmaid should. I glanced at the array of taps. “A schooner of Carlton Draught, please, and the same of your finest pink lemonade.”

She busied herself, and asked where we had ridden from. “Sydney”, I told her.

“Nice”, she said. The Carlton tap was a bit gassy, and it was taking a while for the beer to settle. She decided she would Engage with the Customer. “Did you have a good Christmas?” she asked.

“I had an excellent Christmas”, I told her. “In fact, I made my first ever new year’s resolution.”

“Really?” she said, as she finally got the Carlton Draught topped off. “What was it?”

She looked at me.