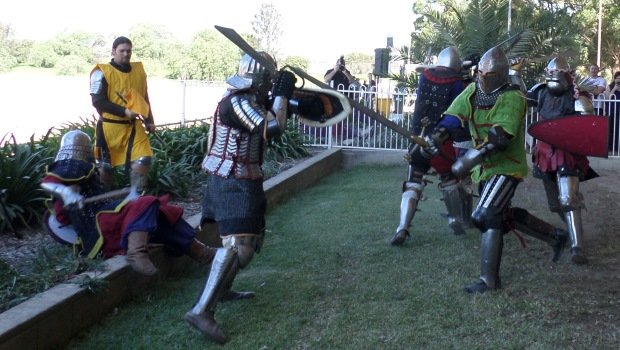 I was looking forward to a relaxing time on Good Friday. A solid breakfast, and the two sudokus and the quick crossword in the paper for a start.

I showered and dressed and put on some toast and coffee and eggs. I took the elevator down to the bottom foyer. There were two copies of the Shrinking Morning Herald there, marked with the unit numbers of my neighbours. My copy of The Australian was absent.

I went back up and finished making the eggs, and got my book reader and resumed reading Holger H Herwig’s The Marne, 1914. By the time I finished my bumnuts and coffee, von Kluck’s First Army were 140 kilometres ahead of their rail front. Sixty percent of their motorised transport had broken down, and they needed 924 fodder wagons to arrive per day with two million pounds of hay and oats to feed their 84,000 horses, as well as food and ammunition for the men. It was starting to suck to be German on 4 September 1914, and it would continue to do so for some time. Being a horse wasn’t real good either.

I walked up to the newsagent, and buttonholed Keith, the proprietor. “My copy of the Murdoch Hate Press was conspicuous by its absence this morning”, I told him. “Have the Bolsheviks been throwing their clogs in the presses again, or does the Dark Lord not publish on Easter Friday?”

“These are black times in newspaper publishing”, Keith told me. “There is no Australian today. The Fin Review is one of those bumper weekend edition things that’s supposed to last you for four days, too, and look at the thickness of it. Somalian.”

I checked its thickness. It was.

I walked back home. I asked my daughter if she wanted to come with me to an outlaw motorcycle show. She said no. I got on my motorcycle and rode to the Highway 61 bike show at Bankstown Showgrounds.

I wandered around taking photos of motorcycles. 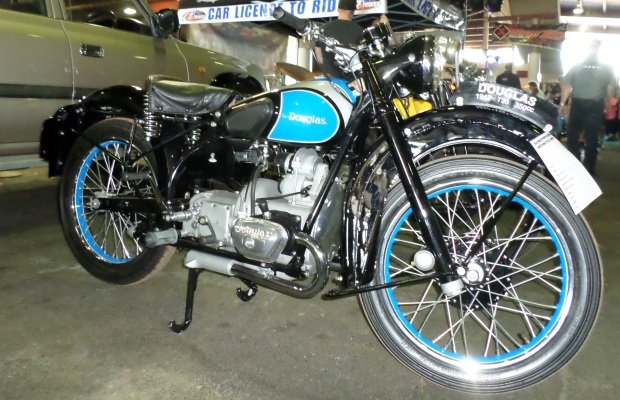 Someone started bellowing at me, and I found that Boris and Stiv were there. I went and joined them and we talked for a while and then went back to wandering around taking pictures of motorcycles. 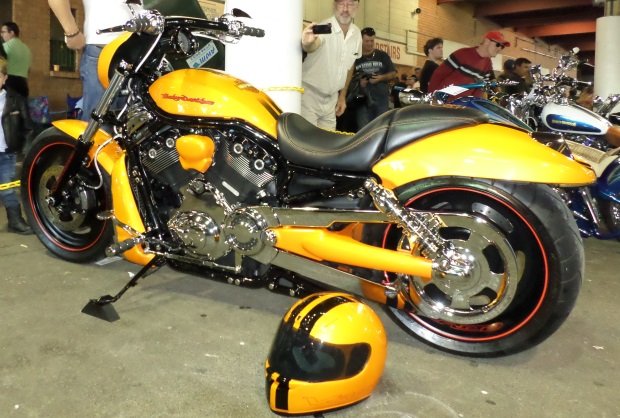 There was some sort of fashion show on with pretty girls not wearing very much, and there were fast demo laps of the horse racing track on motocrossers, and on speedway bikes, and on speedway sidecars; and drag races on the horse racing track on V8 motorcycles with what looked like tractor tyres. There was a power lifting demo, and a kickboxing demo, and a venomous snake pit, and guys dressed as medieval knights that smashed each other medievally for our vicarious pleasure. 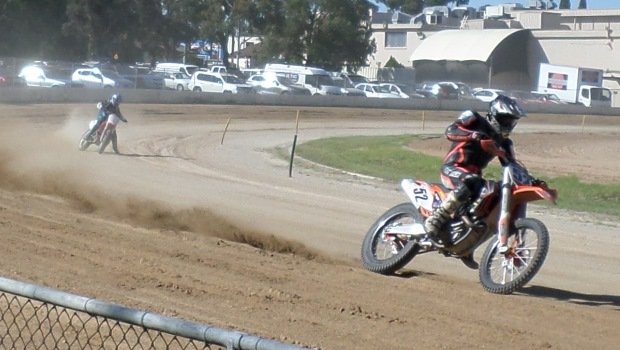 Also, they sold beer there. Those one percenters know how to show a guy a good time.

I got home about five. The girls were watching Mel Gibson’s Hamlet. It was near the poisoned sword fight. Mel takes a long time to die, so while he was acting I told my daughter there were venomous snakes and a fashion show and medieval knights smashing each other. She said her decision not to go was, in retrospect, not the better of the available options. Mel said “O villany! Ho! let the door be lock’d: Treachery!”

There was snapper for dinner. Something to do with Our Saviour, I think. I drank cabernet merlot with it, because it makes some people roll their eyes when I drink red wine with fish. You know who you are. You’re doing it again. Stop it.

The girls settled down to watch a TV show on the ABC. It was Joanna Lumley in search of Noah’s ark. Because if you lost something that was important, you would get Joanna Lumley to help you find it.

I am told there are six and a half million land dwelling species on the earth. Noah caught two of each, apparently, or thirteen million creatures. If you could catch twenty a day and get them back from Antarctica or Galapagos or Australia or wherever they came from to the Middle East, and you never got sick or took a day off, you would catch 7,300 creatures a year, and it would take 1,780 years to catch the whole thirteen million of them. Before jumping to conclusions about the truth of some fable told by Middle Eastern peasants, it would probably be a good idea to check whether you could actually fit thirteen million animals into a 300 x 50 x 30 cubit box, along with sufficient food and water, and how many of them would live for 1,780 years while you’re rounding up their shipmates.

Joanna went to the source of modern religion to get her answers: Middle Eastern peasants. One was a Turk who moonlighted as a tourist guide. He said he thought he knew where the ark was.

I didn’t see THAT coming.

I retired to the study to catch up on some work. I could hear Joanna Lumley’s voice emanating from the living room, explaining to the camera what happened to the unicorns.

It was feeling a little surreal, like that time I was in the second-hand shop and the one-armed man came in.

I worked for an hour and then needed a break. I thought it might be diverting to get my laser pointer and shine red dots on the people walking into the police station a couple of hundred metres down the road. The laser pointer wasn’t where I thought I’d left it.

That really ticked me off. You can’t buy them any more. If I can’t find it by tomorrow night, I’ll have to get Joanna on the case.

The ABC would have a contact number for her, for sure.