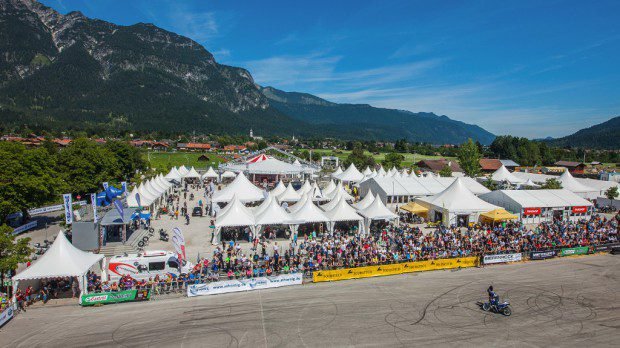 In between meetings, he managed to run off and have a look at BMW’s Motorrad Days in Garmisch-Partenkirchen, a Bavarian ski resort near the legendary Zugspitze.

More than 40,000 people attended this three-day motorcycle extravaganza, which Ray tells me was so superbly run and managed, it put to shame our lame-arse efforts at the Australian MotoGP, never mind some not-international event.

Wondrous tents selling wonderful food and cold beer, proper security for your gear and your bike, an endless panoply of things to see and bikes to admire, all run with a smile and a welcoming atmosphere. There was even a Wall of Death.

Ray shot some pictures, and I would share them with you all.

Go to Europe. See how things should be done. 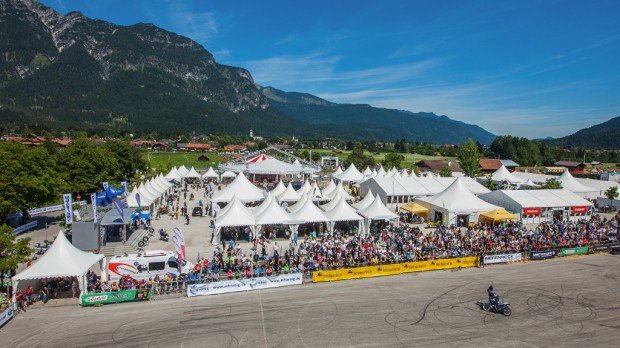 There are always fields of wild flowers to skip through.

Imagine putting display bikes on parquet flooring. In a field. 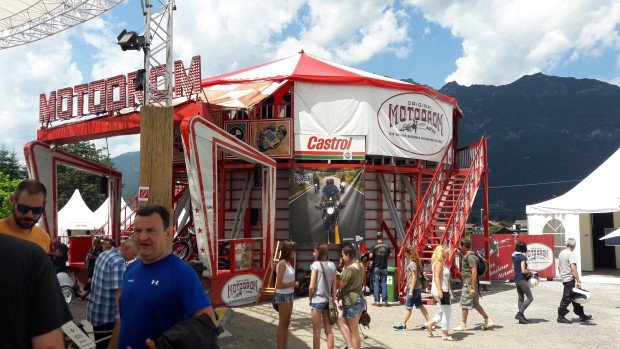 We can’t have this Wall of Death because it is unsafe. Maybe it’s the name. We should call it Barrel of Bikes. 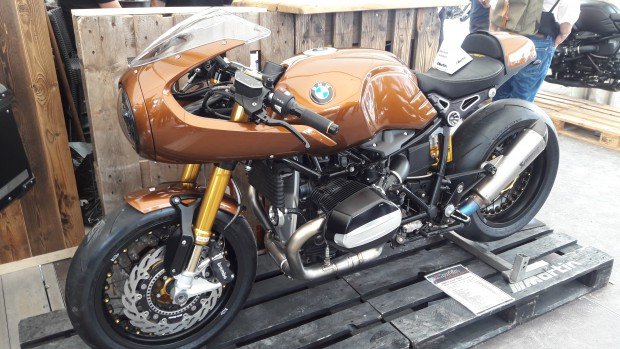 Look! They come in caramel flavour! 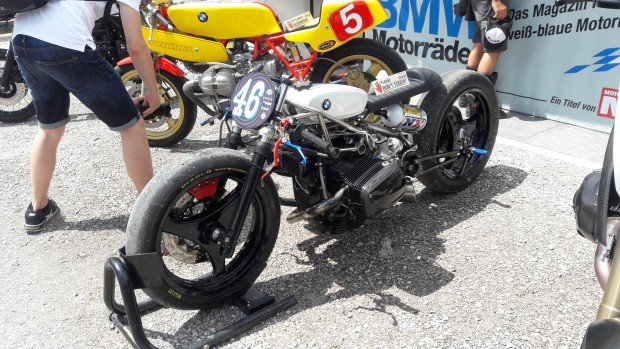 They come in Nitrous flavour, too. 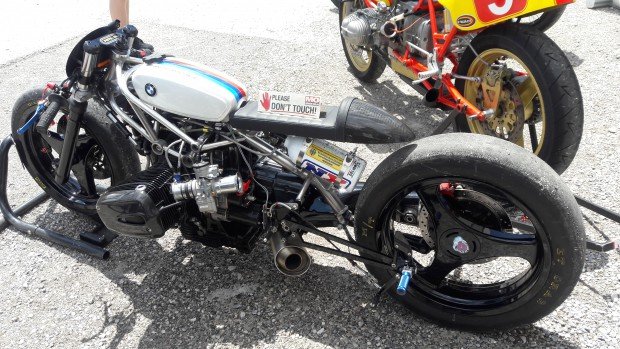 They drink in Germany. Bless them. 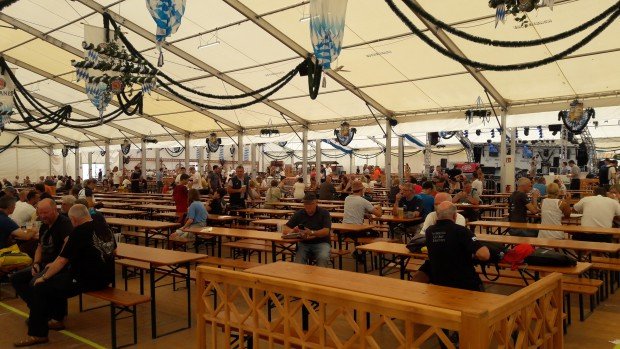 Gee. A beer hall. That serves good food and cold beer in glasses. We do not deserve anything like that here because we are swine. 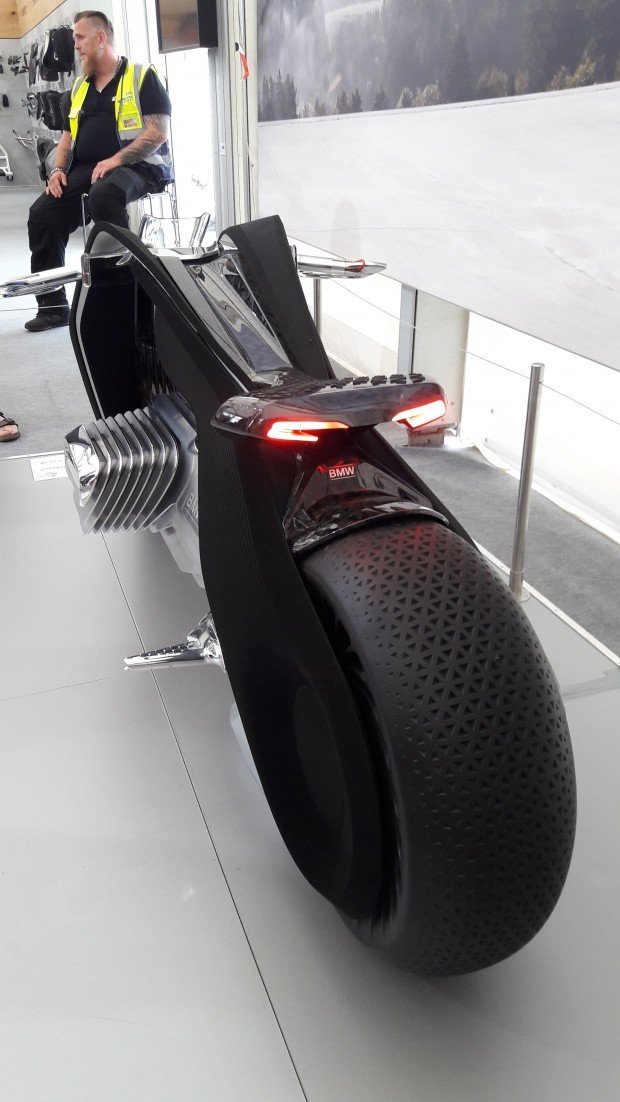 BMW’s concept bike. With a battery and lights. 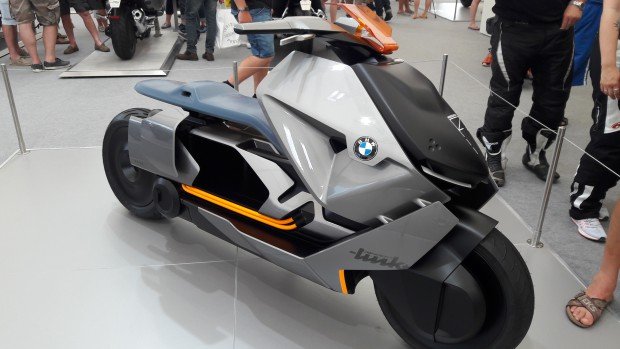 Something else they’re working on in Bavaria. 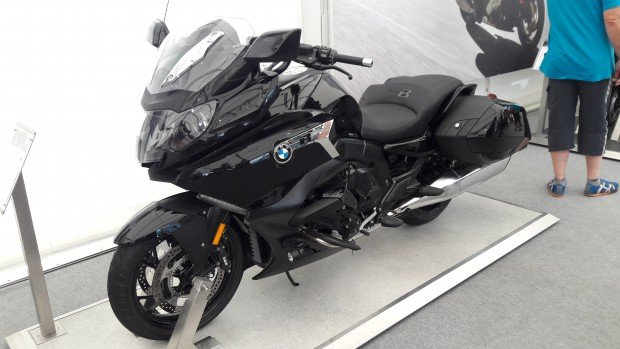 An uber-bagger powered by a six-cylinder engine. 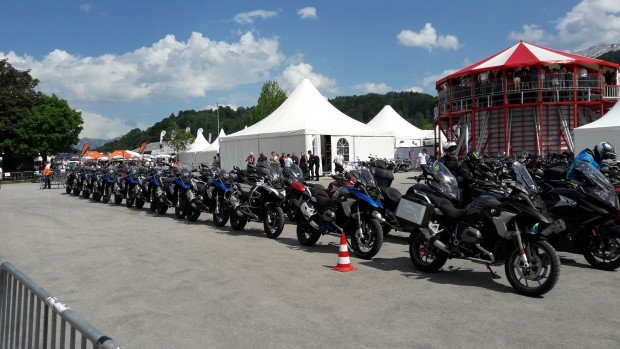 Would Sir like a test-ride on any of our motorcycles? Sure. Off you go. Switzerland is just over there. 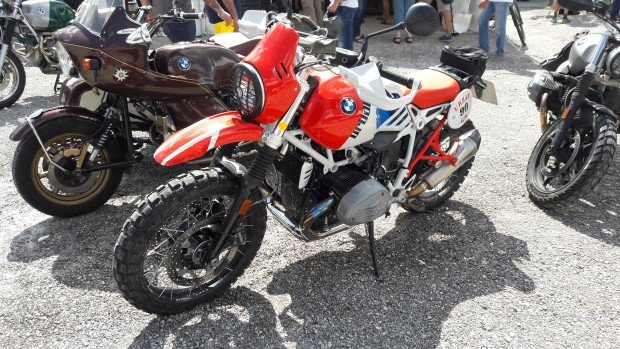 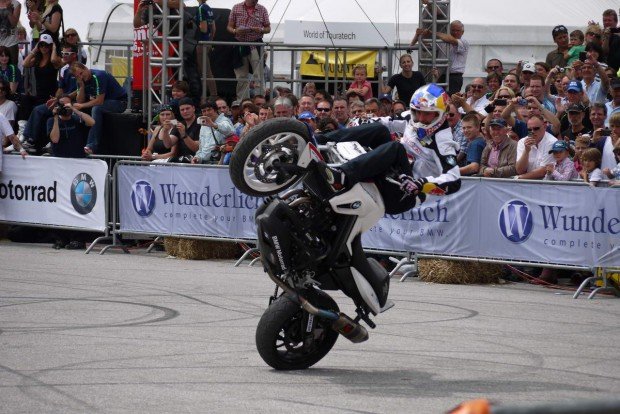 I really hope someone is yelling at the crowd to “Make some noise!” 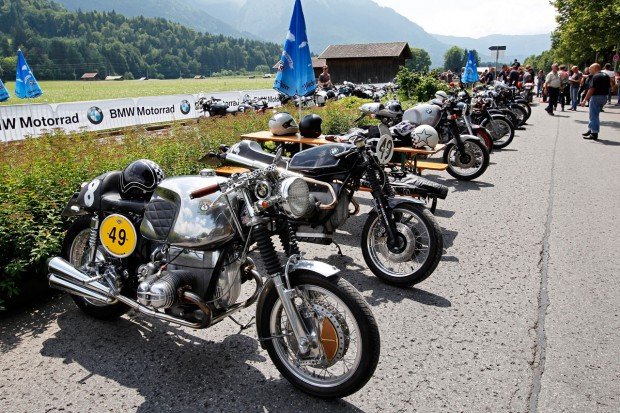 You can attend if you don’t have a BMW, but it’s nice to have one. 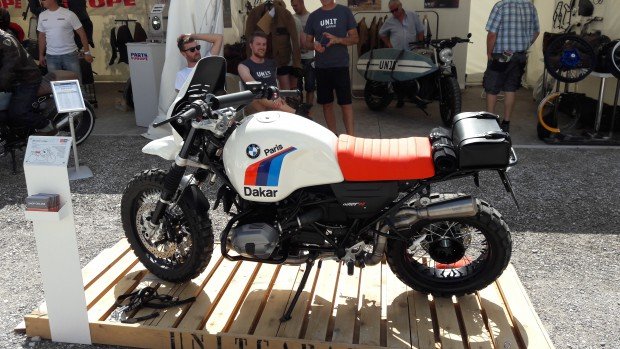 Very nicely done, this. Even the red seat. And the bag with the HK on the back. 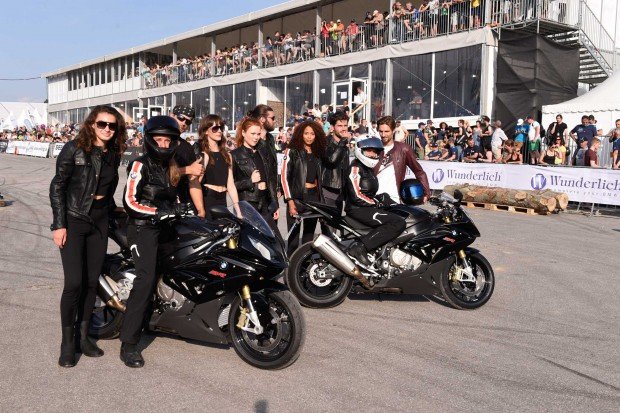 Many frauleins, and a bloke with a brown jacket who is not Trevor Hedge. 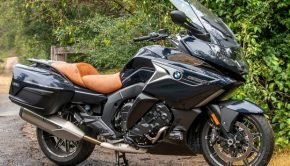