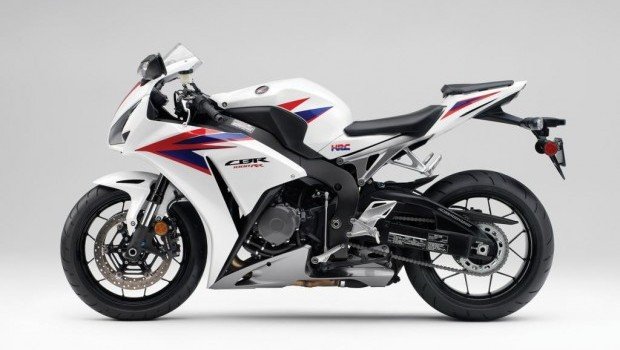 We have a problem. A long time ago, some sub-literate, semi-lobotomised imbecile blithely masquerading as ‘motorcycle journalist’ heroically opined that the Honda Fireblade was ‘bland’ and ‘boring’.

How this flea-picking shit-brainer formed this biblically idiotic opinion is not entirely clear, nor is it entirely important. But what is important is that this insupportable fallacy, this vast and intolerable nonsense, has somehow managed to become a recurrent theme in test after test after test. Hell, I even hear this garbage being voiced by fellow riders – most of whom have never ridden a Fireblade and are obviously just repeating what they have read in a magazine. Some of them are irredeemable fools, but some are riders who should know better, and for reasons I simply cannot understand, choose to regurgitate this ignorant and baseless dreck.

But let’s be serious for a sec, because I can see that this ‘bland and boring’ thing came up in AMCN’s recent Austest report.

On what bloody planet and in what bastard reality can a 204kg, 118kW sportsbike with 103Nm of torque be deemed ‘boring’? In whose Universe of Drooling Idiocy can such a bike be perceived as ‘bland’?

What is being used to measure this alleged boringness and blandness?

Intuition? Augury? The alignment of the stars? The entrails of birds?

Is a bike to be deemed uninteresting and dreary because it’s so well-engineered it doesn’t avidly seek to kill you each time you open the taps and let your inner Jorge out to play?

Are the bulk of motorcycle riders so accomplished and skilled that they can suddenly find common ground and agree with top-notch racers like Shannon Johnson that the Fireblade’s ‘front was a bit soft and would be difficult to turn into the corner under brakes’?

Is that what this is all about? Just because some bloke in possession of bike-riding skills which are to Hell and gone greater by several orders of magnitude than anything 99 per cent of us will ever have, has declared there is an issue, legions of mewling retards will bob their heads in agreement and seek to pontificate about issues that are so beyond their ken, they may as well be apes struggling with trigonometry.

You think a Fireblade is boring? Bland? Let me fix that dumbness for you right now. Cos you are clearly an idiot of epic proportions and in need of guidance.

See that thing on the right handlebar? The black thing that looks a bit like that thing your girlfriend might keep in her bedside table for when you’re not around? Turn it. Turn it some more. Watch the bland wink out of existence and the boring become dry-mouthed lunacy. Feel your pulse climb thudding into your neck and your belly squirm down into your ballsack. Turn it hard into a corner and taste the sweet-metal tang of adrenalin being squirted into all of your stupid, ignorant, misinformed shit and understand with total clarity that you have, until now, been catastrophically wrong about what actually constitutes ‘bland’ and ‘boring’.

I know this because I am lucky enough to be riding a ’Blade right now, and whatever blandness it may have displayed on the track in the hands of blokes whose riding skills are superhuman, is simply not evident on the road. The Fireblade is as exciting and engaging to ride as you want to make it and as any bike you’d care to name. Just turn the throttle, bitch.

We, as motorcyclists, are blessed at this moment in time with the finest examples of our fetish ever to be produced. And this is true right across the board – from sportbikes to mega-tourers, and from enduro weapons to LAMS lambs.

But we have clearly begun to have ourselves on if we start to classify and to believe any bike, let alone a world-class sportsbike (which by any objective measure the 2012 Fireblade clearly is) as ‘bland’. There is an oft-repeated truism that states: “There is no such thing as a boring bike, only a boring rider.” It seems this can be extended to the normally beige-coloured mugwumps who choose to repeat the meme about Hondas being ‘bland’, as if it were an indomitable truth graven in stone instead of vacuous bullshit some talentless motorcycle hack once typed up because he thought he was being controversial and opinionated.

Ninety-nine per cent of riders will never ride any of the current sportsbikes, supersports, sports tourers or even big adventure bikes anywhere near what the actual bike is capable of. The vast majority of us are simply not that talented and never will be. And if some A-grade champion states that Bike A could be a “little sharper at 298km/h going into Turn One” and because it’s not it is therefore ‘bland’, then you must be able to grasp that this does not apply to anything in the real world where the rest of us ride.

In the end it comes down to this basic concept: If you imagine the Fireblade is dull, dreary and uninteresting, then you either need to be seeking Repsol sponsorship or you are an idiot.

It really is that simple.