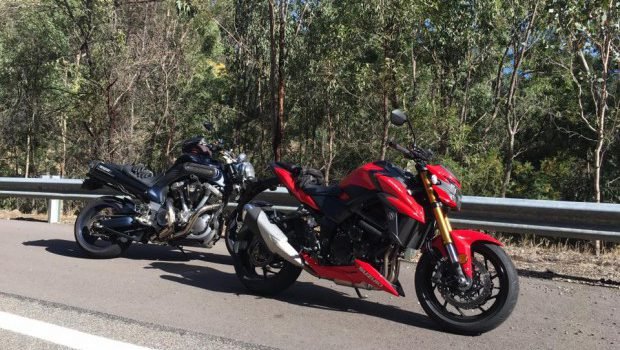 “Come now, let us reason together, says the Lord: though your sins are like scarlet, they shall be as white as snow;
though they are red like crimson,
they shall become like wool.” 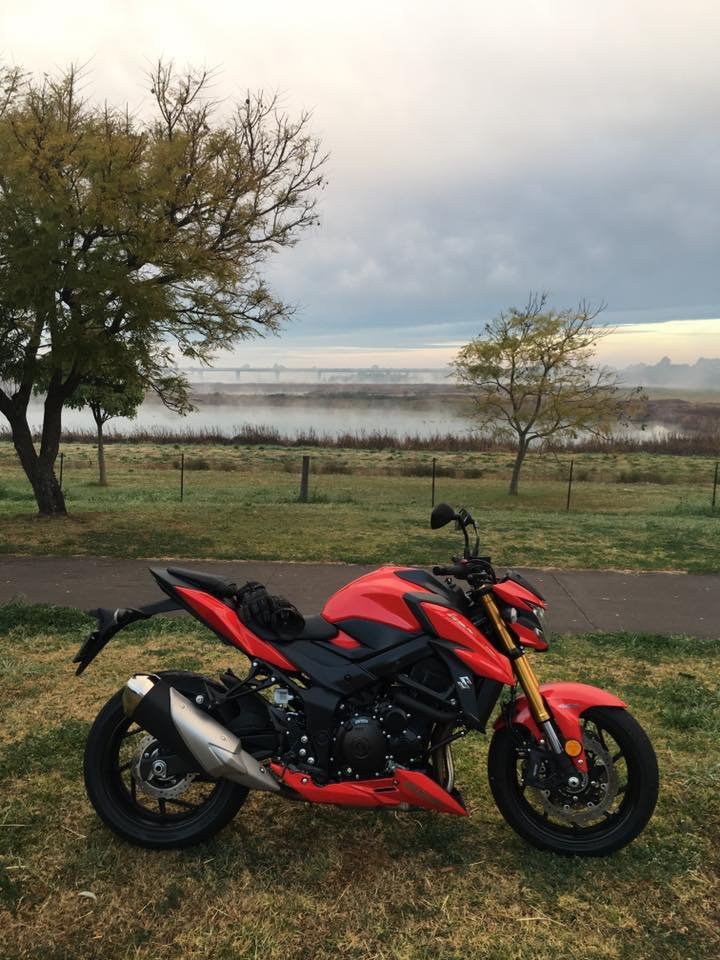 It was dawn. Red is less red in the dawn.

I have now been howling around on the GSX-S750 for more than a week. But it’s been inner-city work. I was gagging for a little open road action.

So I took it up the Putty Road a few days back with my mate Ferghal and his MT-01.

It’s the done thing with a new girl. You take her to your favourite nightclub to see how she dances. You make sure your mate (in this case Ferghal) sees her shaking her stuff and is consumed with envy. It makes you feel good about yourself.
Motorcycles are much like that. You get a new one, you take it down a road you know well and see how it goes. You take a mate along to race against and bear witness, and you do everything you can to stay ahead of him. 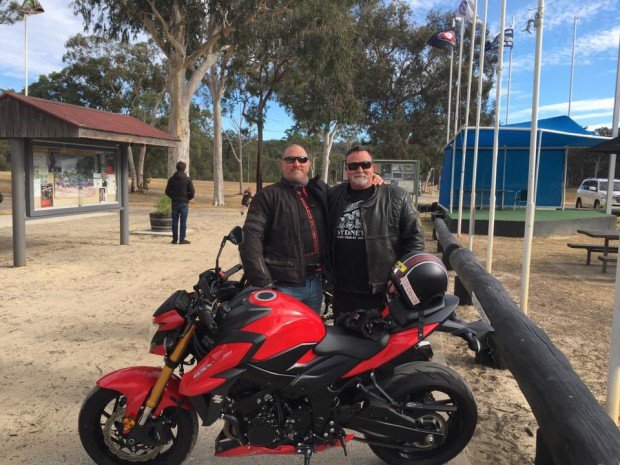 Ferghal is a fine riding companion. And he lets me win. Not like those other bastards.

The 750 danced mighty good. Ferghal did not catch me, and so I will need to go riding with faster people. If I beat them, I will then go riding with people who are faster than the last fast people – and so on and so forth. Eventually I’ll end up with Luke and Benny and Deano and Bluey and that bastard Canning, and I’ll pull my head in and behave and come last.

Anyway, I did alright on my ride with Ferghal.

The front-end feels rock-solid and planted and the back tends to leap about a bit in fright, but then I was applying myself down the Ten Mile. I might speak with the preload. The rear is just not as settled as it needs to be. Then again, I might just leave it alone and ride it as it is. I have not yet decided. 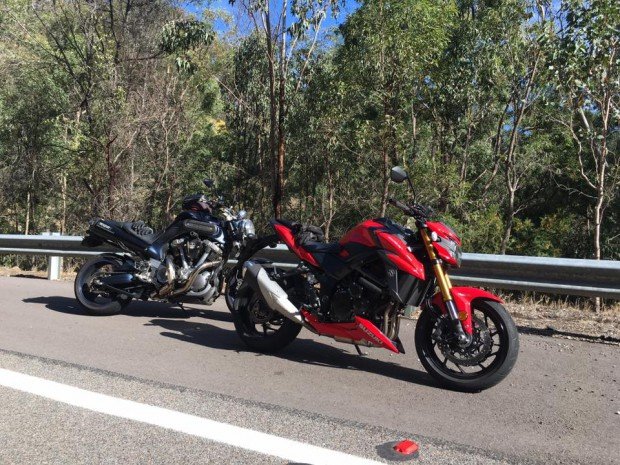 The GSX is far more agile than the MT-01.

I was going up to meet my brother Alice. He is a life member in good-standing with the Gladiators MC. We go back a-ways, and we don’t get together often enough. This is probably just as well. The last time we got together I had to pause on my way back home and vomit second-hand Maker’s Mark onto someone’s front lawn.

We met up at Broke, assisted a fellow with a Moto Guzzi Le Mans with his flat tyre, and then adjourned to the Wollombi pub for beer. 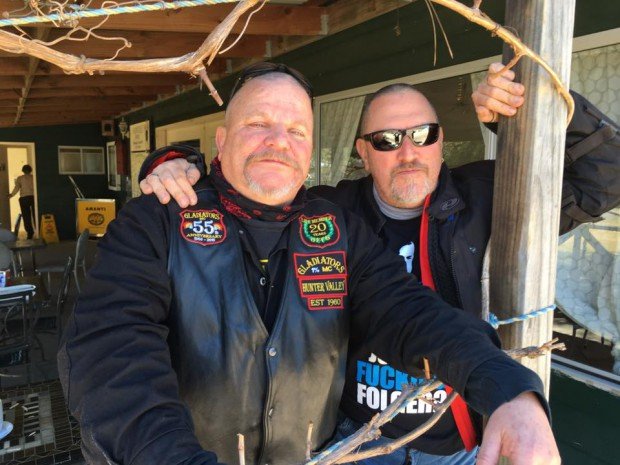 We’ve both gone up a few dress sizes over the years.

The GSX-S750 acquitted itself well, and we must have made an intriguing sight arriving in Wollombi. A bona fide one percenter on a trike, me on a scarlet 750 Jap bike, and Ferghal astride his MT-01.

No-one even said hello. Not one of the pretend-outlaws at the pub came over to grip our thumbs and call us “bro”.

“I accept the blame,” he grated in response. My brother Alice has a voice like gravel being crushed by steam hammers. 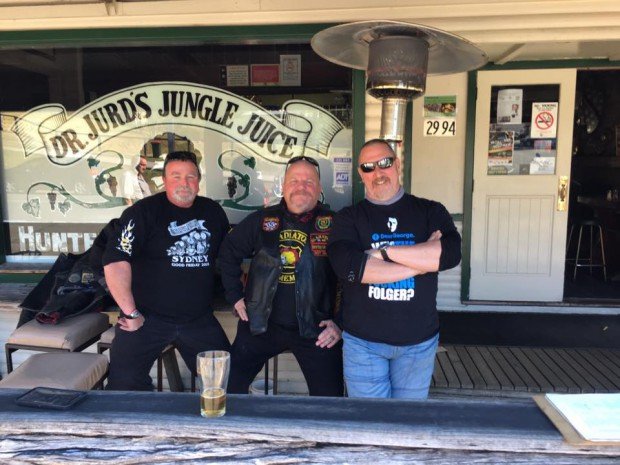 Never drink that Jungle Juice. Ever.

So we fed each other beer and laughed and discussed fish-breeding, American politics, history, sluts, social media and literature. It was a wide-ranging conversation.

But we drank a good deal of beer, so my ride home had many toilet stops. That was OK. It gave Ferghal time to catch up.

Did the S show me anything I don’t like?
Well, the mirrors are pretty good for looking at your arms. The petrol consumption is enthusiastic, but I was being enthusiastic.
The back-end does get a little rambunctious when you press on. This is exciting. I do not view it as a negative. Much is mitigated by that great front. And unless you’re balls are fizzing in terror at what you’re doing, you’ll think the back-end is fine.

I think it would be hard to spend 12 hours a day in the saddle. It’s not touring-bike comfortable.

I really like the way it handles…hang on, this is meant to be stuff I don’t like. Did I mention the mirrors?