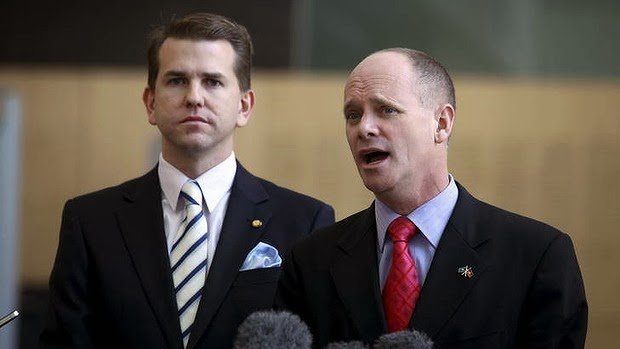 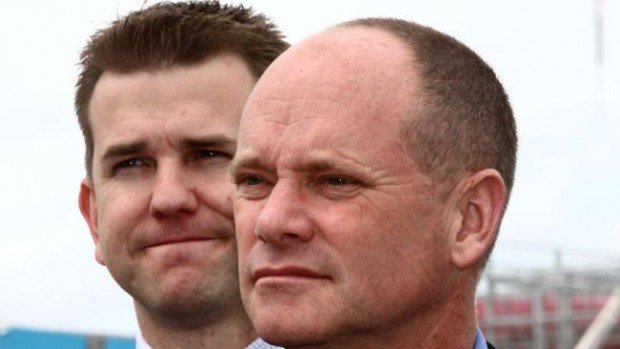 “I’m counting to potato in my head!”

It is also terribly disturbing, and if it was happening in my state, I would be digging up the buried hardware, liquidating my assets, and stockpiling food.

And make no mistake, both the Queensland premier, Campbell Newman, and that odious child-toad he employs as an Attorney-General, Jarrod Bleijie, are insane.

It is either that, or they are liars of utterly monstrous proportions.

But I’m sure no-one else is sure either.

And it is certainly one or the other.

Maybe some of you missed what has been repeatedly said by both of them each time they make an attempt to justify how they’ve shat in the mouth of the Queensland judiciary and turned their state into a quasi-fascist kingdom that is the laughing stock of the entire civilised western world.

I know that I initially missed it.

The Orwellian horror of what was being perpetrated upon my motorcycling friends north of the Tweed River had stunned me. My brain had been short-circuited and incapable of processing all that it was being fed.

But going back through some of the clips, you will recall that both Campbell and Jarrod Shit-For-Brains have repeatedly stated that the bikies they have declared war upon have had that war declared upon them because they “sell drugs to kids”.

We need to pause here while you try and process this statement.

Go for a walk if you have to.

Let us re-cap, because quite frankly, no matter how many times I run that statement through my head, it still sounds insane.

Campbell’s and Jarrod’s position, affirmation re (and legislative response to) the manifold (but only alleged) horrors of outlaw motorcycle clubs, is predicated upon their stated belief (or is it?) that members of these clubs sell drugs to children.

Try and visualise one (or a few) outlaw club members flogging dope/speed/smack/pills to kids.

Can you see this? Seriously? 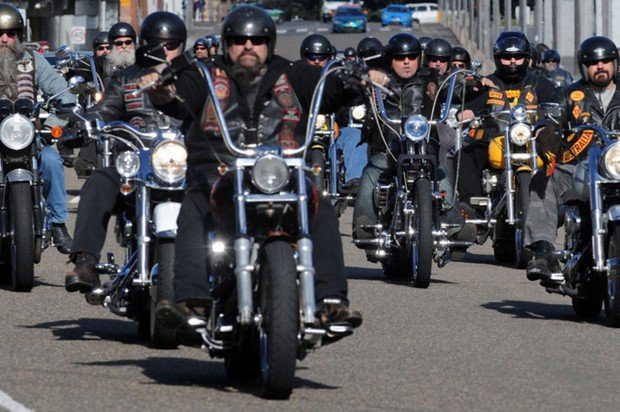 Heavily muscled and tattooed men, easily identifiable via their patches, t-shirts, or assorted club paraphernalia, peddling narcotics to kids…um, presumably outside their schools, at skateboard parks, and in gaming arcades, because that’s where kids tend to congregate.

When I was in an outlaw motorcycle club, none of us ever sold drugs to kids. It would not have even entered our heads to do so – and we were personally pretty fucked up on all sorts of chemicals back in the late 80s and early 90s and got up to all kinds of crazy shit.

But selling drugs to kids? Fuck off.

No-one I knew in the outlaw milieu, then or now, has ever sold drugs to a child or a teenager. It is not only anathema to what one percenter clubs are all about, it is simply ridiculous to even suggest that such a thing could occur.

Granted, we do not live in Queensland and what Campbell and Jarrod affirm may be a local phenomenon, but I figured it was still worth asking him about this.

“Boy,” I said to him. “Do bikies sell drugs to the kids at your school?”

He looked at me as if something had exploded inside my head.

“Don’t look at me like that. Answer the question. It’s important. Do bikies sell drugs to the kids at your school.”

“Where do the drugs the kids at your school are taking come from then?”

“Are any of them bikies?” I demanded.

“Are you sure?” I insisted. “Would you know if they were?”

“Yeah,” my son nodded. “I’d know. All of the drugs in school come from like two, maybe three kids. They all get them from their brothers or cousins. And none of them are bikies. One of them drives a shitty old Mazda ute with a Unit sticker on the back window, and the others normally catch buses up to the shopping centre and meet there.”

“So none of these drug dealers have man-biceps, tattooed necks, colours, Harleys, fists full of rings, beards, or any of the stuff you would normally associate with outlaw motorcycle club members?”

I then expanded my enquiries.

I called friends with teenage children. I asked them to ask their kids if bikies hawked narcotics to them or to their school mates.

They asked. All the kids were nonplussed, thought their parents had been drinking and replied much as my son had.

Quite frankly, I knew this. But I asked anyway.

Thus Campbell’s and Jarrod’s statement, that bikies sell drugs to kids, is either a blatant lie, or they have both gone insane, are raving and need to be injected with calming chemicals and placed into therapy.

But, while we wait for that to happen, I’ll take Campbell and Jarrod to task. 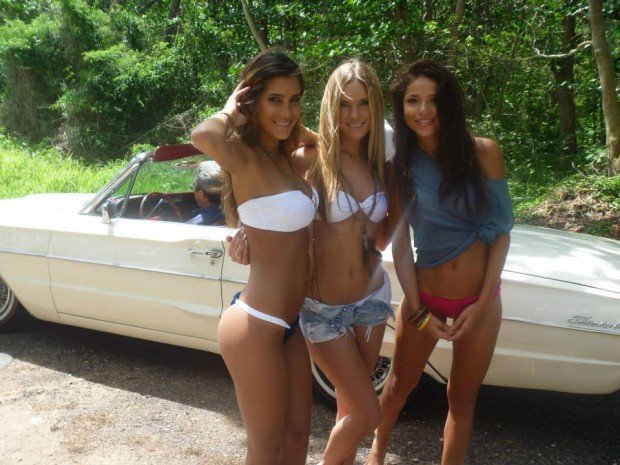 “Hi. We have a boot full of ekkies we wanna offload.”

I’ll call them on their shit.

Come on, fuckers. Put up or shut up.

Provide evidence to the public that outlaw club members have sold drugs to kids.

And no, your say so, or the say so of that pie-eating disgrace you call a police minister, just won’t do.

I’m sure there’s tonnes of it. There has to be. You shameful clowns have declared war on a sub-culture, labelled innocent people as criminals, and stated that bikies sell drugs to kids.

Show me the fucken bodies, you disgraceful, bullshitting cretins.

Show me how many successful prosecutions have been made of bikies who have been selling drugs to kids.

Show me how many bikies have been charged with these offences.

How many bikies are doing time for these crimes?

Piss off, the pair of you.