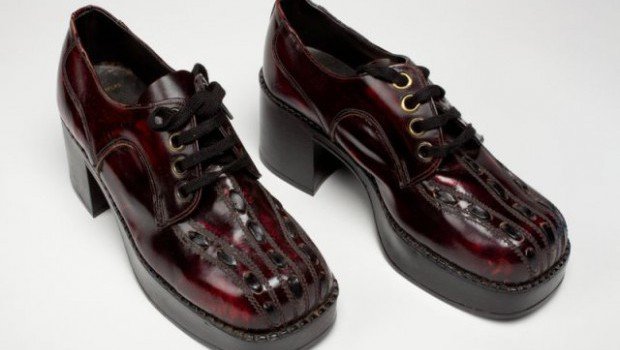 It was probably around ’78 when the head walked in to the Kawasaki Territory showroom at Camperdown and put down the money to buy an S1.

He made noise about how he was going to go production racing, and he would show that Warren Willing a thing or two. Younger readers will not know that at the time, we used to race bikes in standard form. You could change the tyres, and that’s about all. The Yamaha RD250 and the Suzuki T250 Hustler ruled 250 class production racing. The S1 Kawasaki 250 was never going to go anywhere. Its brothers, the H1 and H2, were hot stuff. The S1 250 wasn’t.

The retail sales manager laughed, and took his money. Chris was a wild man. Once, he took a guy’s shirt as a deposit. I was in admin at the time. I didn’t see the funny side. I couldn’t reconcile a shirt to the Generally Accepted Accounting Principles of the late ‘70s.

I was so much older then. I’m younger than that now.

The next pay day, the head came back, and bought a set of one piece Kawasaki racing leathers.

He tried them on, and when the parts guy asked if he wanted them wrapped, he said he would wear them.

It’s difficult to explain how hilarious this was. In ’78, people didn’t wear race leathers on the road as they do in these sinful modern times. Also, the leathers came to maybe mid-calf, and business footwear in ’78 was kind of clunky and high-heeled and gay. Also, you could say that then.

There was a poster behind the spares counter of Kawasaki’s darling boys of the time. Georges Godier and Alain Genoud had punted a Kawasaki 1000 endurance racer around European racetracks with some success. The poster was of a big green bike, leaned hard left like an episode of Q & A, and smoking its tyre. The caption was the team name: GODIER GENOUD.

Chris couldn’t resist it. He pointed to the poster.

“You know”, he said to the head. “Jack Godier’s in town.” He only said it because he couldn’t pronounce Genoud. “Would you like to meet him?”

“Would I!” exclaimed the head.

So Chris raced over to admin and said “You’ve got to help me.”

Myles, the state sales manager, agreed. They conferred. Chris raced back to the head and said “He said he’ll meet you. But, you have to play it cool. He’s been falling off a bit lately. Just act cool.”

So Myles walked over to the retail area, dragging his right leg, and twitching every now and then. The head gave him the double handshake like a politician and said “It’s an honour, Mr Godier.”

This was hilarious too, because Myles didn’t look like a French motorcycle racer. He looked like a forty year old bloke who liked to eat and drink. And drink. He had a Zapata moustache, and an embonpoint.

This was where I came in. I was observing from the back office. It looked awkward. I tipped the wink to Viv, the receptionist. She got on the PA. “Paging Mr Godier. International call for Mr Godier”.

“Scusi”, said Myles, forgetting he was French. Chris grabbed the head’s arm. “Ask him for his autograph”, he urged.

“Please Mr Godier”, begged the head, “May I have your autograph?”

Myles looked distracted. “Of course”, he said. He went up to the wall and ripped down the GODIER GENOUD poster. He grabbed a marker from the spares counter and wrote on it “Best Wishes Jack Godier” and gave it to the head.

Then he headed back to the admin building, dragging his left leg this time and twitching violently every second step, entered the door and collapsed in tears.

I wandered over to the showroom. Chris hadn’t finished.

“Wow”, he said to the head. “He gave you an autograph? He won’t do that for anyone here. Give you a hundred bucks for it.”

“Nah”, said the head. He rolled up the poster and stuck it down the front of his lime green Kawasaki racing leathers. “I’m going to put it up on my bedroom wall.”

Then he put on his helmet, kicked his S1 into life with his platform shoes, and left in a cloud of sweet smelling two stroke oil smoke.

Myles died a year or two back. He was a bit of a local motorcycling celebrity in the day. He called the races at Amaroo Park. He was ever in search of the bon mot. “The Place of Pace where the Professionals Race”, he called Amaroo.

I remember him fondly.