Al's been in the Snowies for the week. He says he needs a bigger hip flask

“You don’t see that much in Sydney”, I said to the Uber driver

Times are hard when kangaroos are doing it tough

Even the cops know there’s no money in Thursdays 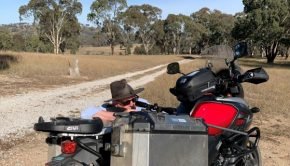 Al bought his motorcycle a Christmas gift. It was a random act of kindness