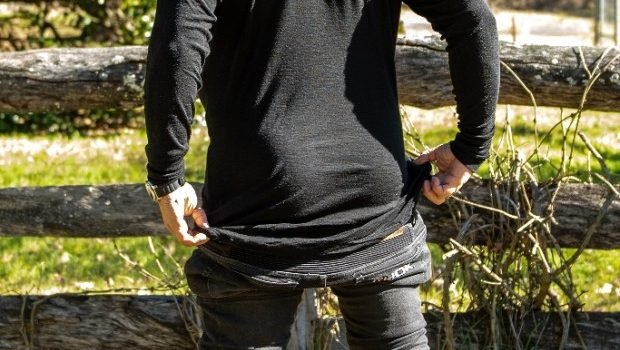 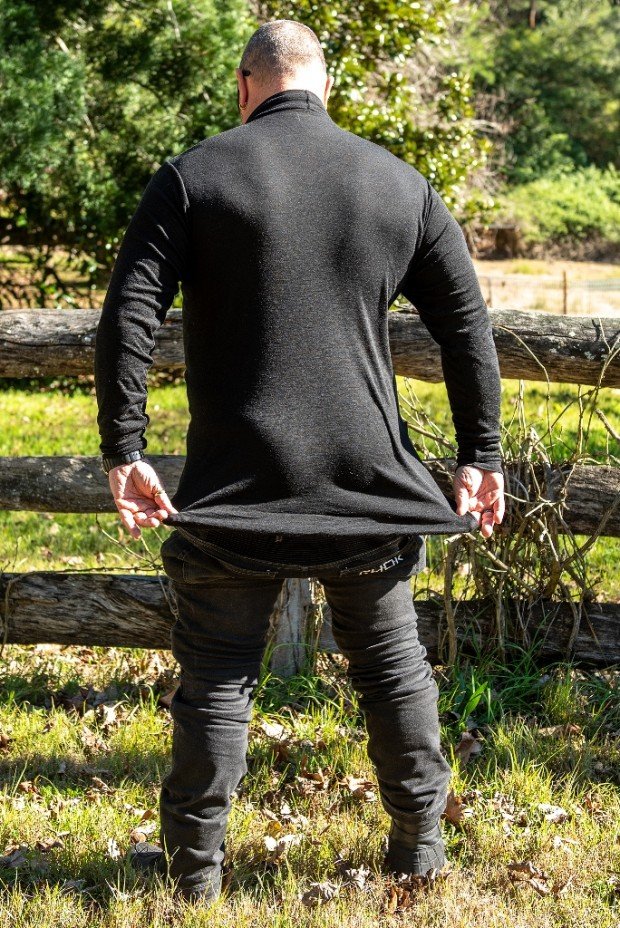 Nice and long at the back. Like a pretty skirt.

I have been a decades-long fan of Andy Strapz gear. All of it. I know Andy, I know how he stands behind every product he sells, and I know how much effort he expends to ensure the things he sells are as good as they can be.

So when he called me and demanded to know if I had one of his Thermal Topz (which is Andy Strapz Speakz for thermal undergarment), I denied it and hung up on him.
I had no memory of shoplifting anything from his store at the last MotoGP I went to. I don’t shoplift as a habit, but after several soothing whiskeys, I can become forgetful. I may well have pulled one over my head and walked out of the shop.

It seems he wanted to send me such a top.

Imagine my joy! Not only was I NOT a thief, but I was gonna get one of his ultrafine Merino wool superhero sex-cardigans! In black, no less. Long live, Wakanda, pilgrims!

Andy’s timing, was, as always, impeccable.

It’s kinda cold at the moment and it won’t be proper warm for ages.

So there are many good things about his Merino wool thermals apart from the fact that when I go over my neighbour’s fence in the middle of the night to taste his cucumbers, he will think it’s the Black Panther.
Firstly, ultrafine Merino wool is soft. Like, seriously soft. You can almost understand the love affair some Kiwi men have with their sheep. The damn things are nice to run your hands over. When Andy makes thermal underwear out of their fur, they are delightful to wear. 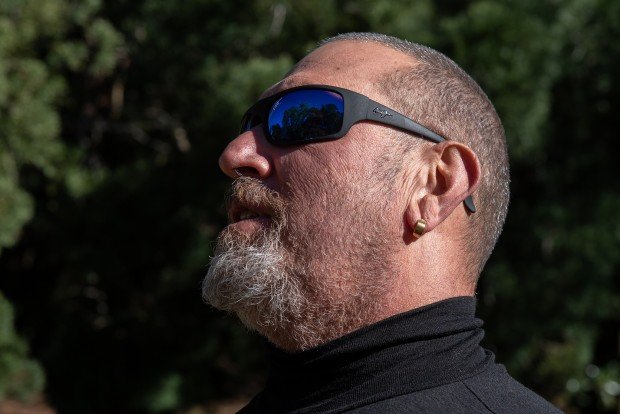 The collar is high, but not turtle-neck high. And I need a shave.

And you can wear the top for quite a while before you become a bio-hazard. The wool wicks your mank away and does not retain the odour of your unwashed disgrace. You can literally wear it for a week and still be allowed into a house.

Of course it’s warm. Don’t be silly. It’s wool. And it’s double-fronted because that’s the side that gets the wind.

It’s light and it doesn’t burn, so you will not burst into flames.

But because it is an Andy thing, it also has some beaut cleverness about it.
The collar is high and can be rolled back. It’s not a proper jazz-wanker turtle-neck, but it can sit high enough on your neck to make a difference in throat-warmth.

The tail of the garment is also longer than the front of the garment. This means it will not come riding up out of your pants if you’re in a racer’s crouch or wrestling bears to stay warm. Or if you’ve got one of those huge belly’s that are the bane of every clothing manufacturer on earth. 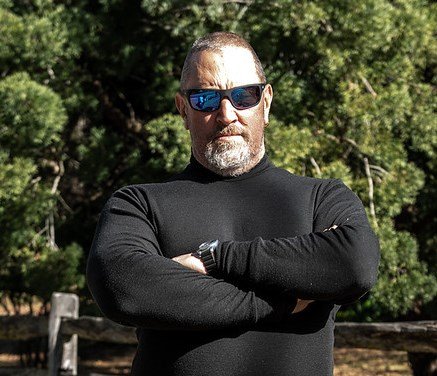 This is my warm face.

Andy has you covered. He’s not a big man himself, but he understands big-man issues.

It is quality gear and comes with the proper care instructions sewn into the garment, so whoever does your laundry has to be literate.

It’s been keeping me and my core warm for the last three weeks and maybe six fangs up the Putty in close-to-zero temps. And one freeze-bastard ride to Walcha. It works. I live. I thrive.

It is a great garment at an honest price.

If you’re impoverished, then you can even pay it off via that beaut Zip app.
Now you can own everything Andy makes and sells for $10 a week.

But you should get one of these to make it through winter and early spring and ride ultrafine.

GO HERE TO ACQUIRE IT https://www.andystrapz.com/product-search?type=&criteria=thermal