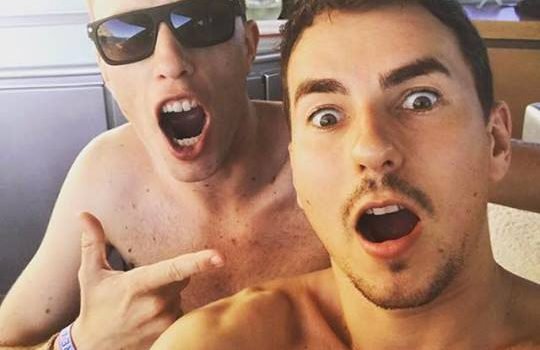 “…And then there you suddenly were, like a giant Spanish stronzo all up in my shit…”

It’s Andrea. I’m pretty sure you remember me. I was the one who introduced you to your Ducati at Catalunya last year.

I didn’t plan to, but you were having one of your moments. You braked too hard, too soon, and I was on the charge and I don’t have to tell you how hard those Duactis go (or maybe I do…hahahahah!), and then there you suddenly were, like a giant Spanish stronzo all up in my shit.

But is racing, yes?

At times Vale, Dovi, and I think you’re like one of those Soviet submarine commanders trying to evade US warships by performing a manoeuvre called a Crazy Ivan. But because you’re George, we call you Crazy George.

People call me The Maniac, but you are some next-level mental. All that riding backwards in the races, riding slower than the paddock scooters, and searching for trackside octopus while Karel Abrahams laps you, the red cape, the butter you like to rub onto the forks…

Man, you sure have taken the heat off me this year. I could not have rubbed Ducati’s face in it any harder if I tried. They had me for the price of pretzels, and I actually won a race, but the Germans wanted you. They wanted Poland at one stage too, and we all know how that worked out.

And they are ruthless. I don’t know how many times I had to comfort Dovi and rock him to sleep in my arms. Each time it didn’t go well during a race, Matthias would call, Dovi’s eyes would fill with tears and he’d start to whimper. And then I would have to hold him and rock him until he calmed down.

So I’m going to do you a favour. Here are some pictures of me and my girlfriend, Belen Rodriguez. Like all the other racers, I head off for my summer break with a girl who knows how to wear a bikini. 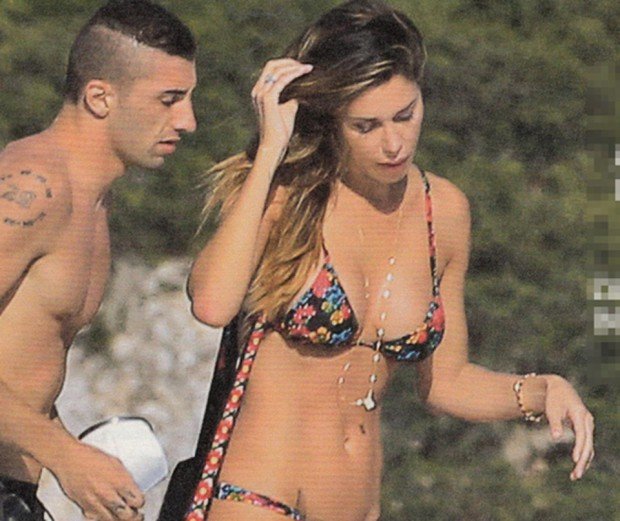 Yes, I am looking at her tits. They are good tits. And nice to look at. 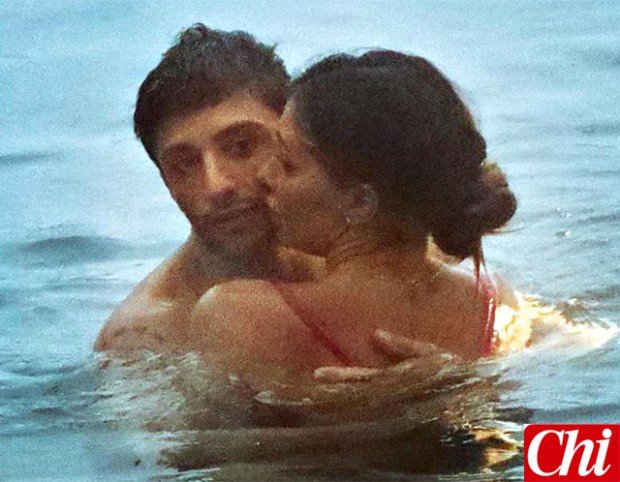 It makes me feel good about myself. It’s life-affirming. I mean, what’s the point of being a MotoGP racer if you’re not drowning under a pile of hot buttered babes after every race? And I know you’re all about the butter.

Hell, even Vale, who’s like 780 in MotoGP years, has himself a new squeeze. She’s all tattooed and nasty-looking, but I guess when you’re old you develop strange fetishes. 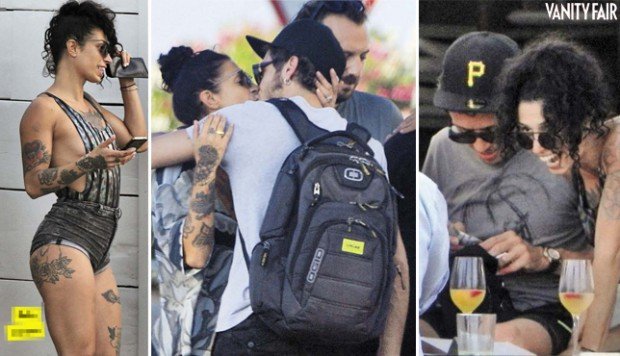 Vale’s gone to the dark side.

And then there’s you, George. What are you doing on your summer break? Are you splashing in the water off Ibiza with a supermodel? Are you watching her try on lingerie with her girlfriends? Are you complimenting her on her excellent Brazilian wax job? 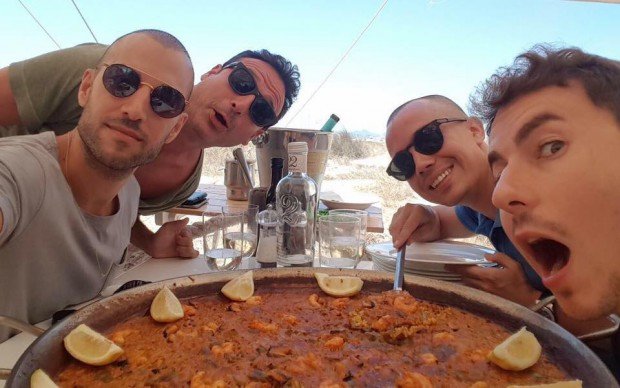 No. You’re eating paella with boys who look like Madonna’s supporting male dancers. You’re having shirt-off selfies taken with boys who collect cats, wear espadrilles and sip drinks with lots of fruit in them.

George, this is not a good look from where I’m sitting with Belen on my lap. I mean for you, not for me. My kung-fu is tight-as. Much like Belen’s bottom, hahahahaha! 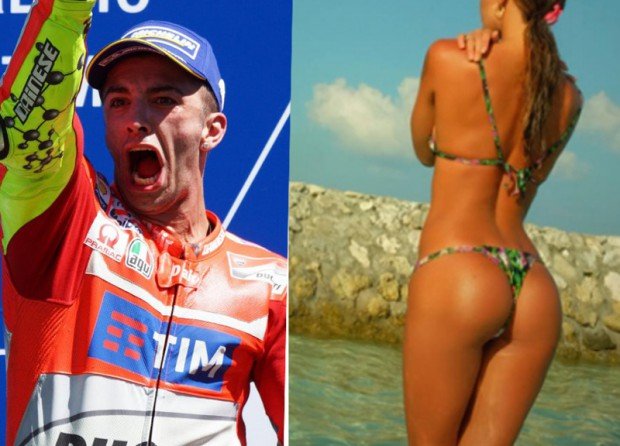 Yeah, baby. Worth racing for.

Look, I know you’re having a tough season. Those Ducatis are a bitch of a thing to ride. But the Germans don’t tolerate excuses, and I’m pretty sure they don’t go to Madonna concerts or eat paella.

I’m just trying to help. You know, if you felt better about yourself, maybe you’d stop trying to stab people with those stupid curtain rods. And it breaks my heart to see Gigi cry so much. But at least Dovi isn’t needing much comfort this year, huh?

See you at Brno.