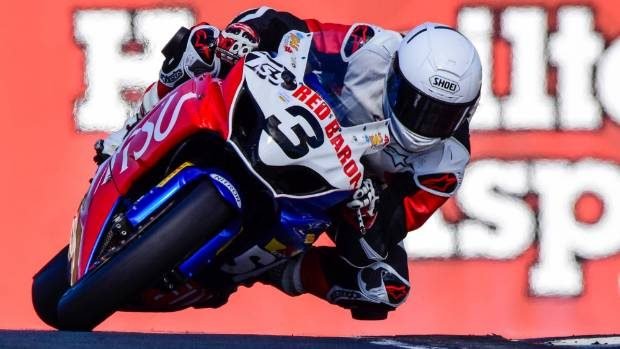 I so enjoyed my chat with Sloan Frost before the Darwin round of the 2018 ASBK championship, I called him again right after the weekend.

Interestingly, he wasn’t crying…or maybe like Dovizioso, he’s just run out of tears.

Sloan’s weekend was not a glorious triumph. Champagne was not sprayed, backs were not slapped, and expensive take-out was not ordered.

Sloan’s weekend was a hectic and difficult exercise in frustration. He didn’t say that, but that conclusion is not hard to arrive at.

What’s amazing, and indeed almost uplifting, is Sloan’s irrepressible determination not to give in. He’s like Frodo climbing up that mountain to destroy the ring.

He also (Sloan, not Frodo) has every intention of continuing to contest ASBK rounds, despite the huge cost in money, time, and logistics.

He’s a motorcycle racer. No doubt about it. And he’s a Kiwi. It’s a special combination. 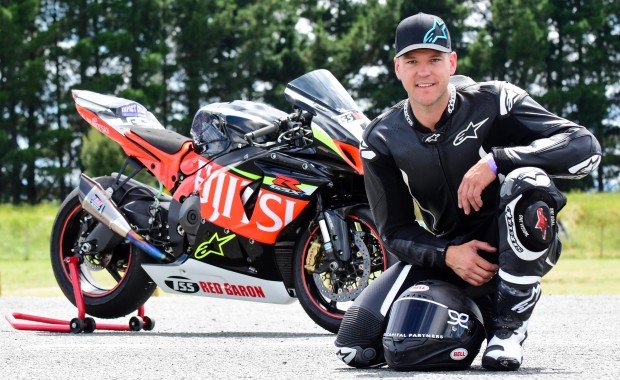 The lid is just big enough to fit his balls inside.

So the Darwin round went well. For most of the other blokes racing, I mean. Still, you didn’t get eaten by a crocodile, huh? Maybe you should have been.

Darwin is a crazy place, mate. I wouldn’t have been surprised to see a croc at the track. We did see a big-arse snake on the way to the track, and on the Sunday night it was Territory Day where Darwin loses its mind! It’s the one day a year you’re allowed to buy fireworks, the sales are super restricted, the use is super restricted, but then it’s like “OK lets fuck shit up!” We have Guy Fawkes night with sparklers and fizzlers in NZ, but these are full commercial grade, ear-splitting explosives going off in the streets, beaches, restaurants, you name it. The field across from the hotel was literally on fire! It was absolute madness. Awesome. The sign on the door of the backpackers summed it up nicely saying no firework inside this year.

I’m not even going to ask what you’re doing inside a backpacker hostel. You’re meant to be racing motorcycles which is a glamorous, sexy sport enjoyed by rich playboys and hot supermodels. Bloody backpacker hostels…mate, I think I have isolated your problem right there.

Well, yeah, we did some racing. You know things are pretty rough when you start fist pumping and high fiving everyone because you finish the session. There is a lesson in all this. You just need to lower your expectations to be happy!

Well that explains my endless bubbling joy. So yes, the racing. Race One. You came 14th. Glenn Scott beat you. He hasn’t raced an ASBK bike in years. But hey, you flogged young Phillis. And he’s like 12, so there’s that. You were a mere 33 seconds off the pace. It’s like Dani Pedrosa having a bad day. Tell me what happened.

Anyone can win mate, you try finishing 33 seconds behind the leader.

It would be 33 minutes in my case, mate. So what did you do after the race? Put petrol in the bike and pass out on the pit floor?

I wish, but it couldn’t all be smooth sailing. We had about 90 mins to turn the bike around between races, it was 400 degrees, and because we were so far behind the eight-ball I still had a stack of changes to make. We chucked a new set of rubber at it, raced around the pits scrounging up some fork springs, S/H brake pads from Team Suzuki, a new chain, gearing and some leftover Subway from the Next Gen family, and went to work. The ten-minute call came around so quick I didn’t get a chance to catch my breath let along a few Zs. 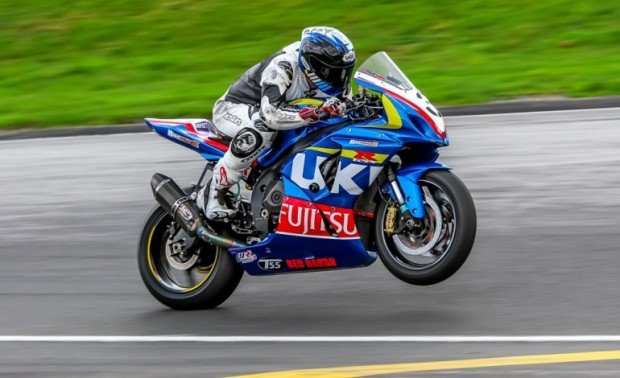 Clearly, he needs to get on the gas harder.

Mmm…left-over Subway. You really are living the dream, huh? Is there a thing you do when the race doesn’t go to plan? Do you dissect whether it’s the bike or you and make adjustments accordingly? Like if it’s the bike do you turn up the pre-load or something? There’s not much you can do about yourself though, is there?

Race plan? You give me too much credit. But for sure, if you are having a problem you need to evaluate it instantly and decide if you can continue and ride through it or if it’s going to be dangerous and you need to stop. I had a problem in Race One where a wheel-speed sensor broke. The electronics depend heavily on these sensors and in a turn, as a rider, you rely heavily on the electronics, so when the TC just stops, hopefully you are prepared. In Race Two I knew it was broken so I just rode with that in mind. Other things like the forks are bottoming, tyre wear, and so on, are all things you need to continually assess. But maybe the most challenging thing as a rider when things don’t go to plan is trying to find that excuse.

Does your crew say things to you when the first race doesn’t see you on the top step of the podium? Do they say stuff to cheer you up for the next race?

We have a nice balance. My father-in-law says things like, “Great race! You didn’t crash! Another one like that and we can go home happy.”

My Dad says: “WTF was that? Open the throttle, you dork. You’re lucky Mitch crashed. Did you see my mate, Troy? Oh nah, you were too far back.”

Is there even a podium at Hidden Valley or do they make you stand in the car-park? But how would you know? Maybe I should ask Bayliss, huh?

Hahaha! I honestly don’t even know where the podium is! I know they have one because I have seen photos, but I’m not joking, I have no idea where it is.

So we come to Race Two. Hooray! You beat Glenn Scott. But Phillis pasted you. On a positive note, you were only 31 seconds off first place. That’s a big improvement. Maybe if there were 16 races each round you would win the last one?

It was close but like I say, its bloody hard to finish 30-odd seconds behind! I surprised myself a little in the second race; I didn’t get tired, the bike went well, I didn’t crash, my times improved and I could see the top 10.

You could see the Top 10? Fantastic. I’ll bet they looked great. Do you think one of your issues was the fact your bike was new and you hadn’t had time to sort it?

It certainly wasn’t a weekend without its issues, but the bike being new didn’t actually cause any problems. I was short-shifting early in the weekend until the kms on the engine got into the triple digits but aside from that it was old parts that had been re-fitted that caused problems. The bike lost all its power three laps into the very first session of the weekend. Walking away from the bike leaning up against the track wall could have very easily been the last straw. Turned out to be a broken wire in the old, aftermarket ignition switch. It’s not a common or major problem but the odds of coming up zero six times in a row? The other problems were just set-up issues, new software and some suspension-related stuff you would expect on any other weekend. They just seem exaggerated when you are at your wit’s end. 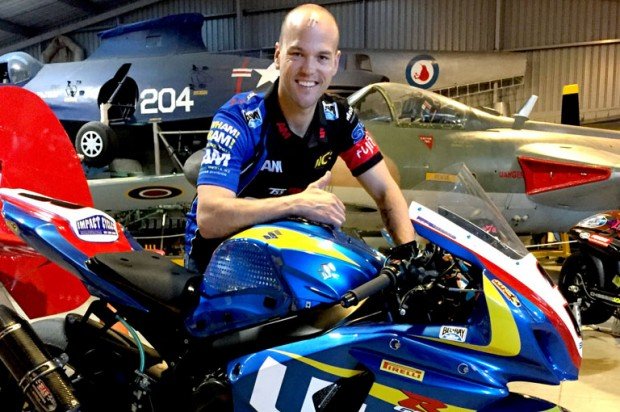 Fitting fighter plane parts to his bike is the way forward.

So what’s the vibe going forward?

Everything is good, the bike is good, the tyres are good, the suspension works well. We do have some set-up issues around the electronics but to bridge the gap to an honest top 10 will only come from me. I just need to do laps, I need to continue to develop my confidence in the bike and improving my lap times.

So we are going to see you at the next round and you’re going to bring you’re A-game, right?

I am a sucker for punishment so I’ll be there! Coming into the next round with a healthy bike in once piece is a very good start. I am flirting with the idea of doing a track day at Morgan Park sometime this month to get reacquainted with the place. It’s actually quite difficult for me to try new settings on race weekend because if you do something that slows the pace too much on the track when you are sharing it with the level of riders in the ASBK it can be dangerous and annoying so I think a track day for me would be quite beneficial.