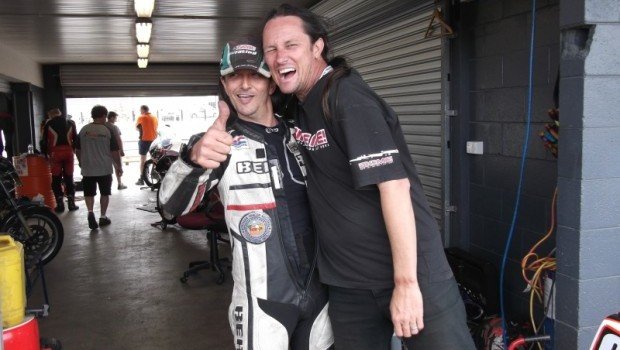 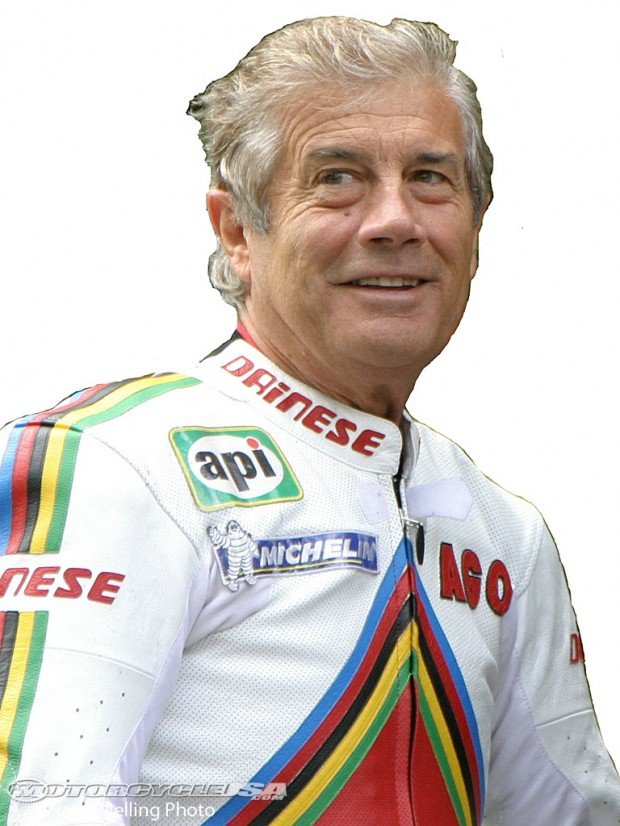 Giacomo’s resemblance to Spooky is spooky

The recent Island Classic left me fizzing like a half-used aspirin a glass of warm coke. It was a sensational weekend, both from a racing fan’s perspective and the fact that Phillip Island’s insane microclimate did not produce its normal allotment of Antarctic ice-blizzards.

But the weekend ended up being far more than just a chance to hang with mates and watch some racing in the summer sun.

I got to experience two amazing things, the first of which was an evening in the august and entirely captivating presence of The Maestro – Giacomo Agostini.

Editor Sam was kind enough to arrange some tickets to Agos’ dinner for my son and I, and while it is always a treat to listen to Cam Donald, Ryan Farquar and a host of legendary racers, to hear the great Agostini hold forth was a privilege I will not soon forget. Because that’s what happens when your heroes turn out to be exactly as you would wish them to be in real life – the experience stays with you forever. Because I really only have two heroes, My wife and Giacomo Agostini. And while I hear the former every day, I have never before heard Ago speak at length about himself.

And it blew me away. He was actually better than what I had hoped he’d be in real life – and a more generous, genial, and gracious bloke, let alone 15-time world motorcycle grand prix champion, would be impossible to find.

He spoke of his entry into the MV Agusta team, and the comedic hurdles Count Agusta made him jump and the witches hats he made him ride around on the Monza straight before signing him up; he related his Isle of Man practice session where a generous young lady in the window of a house he was hurtling past would lift her dress up at him , thus inspiring him to go even faster so as to get around and see her again; and he spoke, with a wry grin and a twinkle in his eye, of how lucky it was for his seemingly unassailable record that Rossi spent two years at Ducati. And finally, he was asked what was the one thing all of his many wins and titles and successes had taught him. He thought about it for a second and his response brought the entire room, which was heavily weighted with motorcycle racers, to its feet in a standing ovation.

And that was underlined in big black Texta for me by my mate, Paul ‘Spooky’ Borg who was racing that weekend.

Paul was not in any of the glamour events. He races an oily old 125cc bike in the Pre-War/125 All Eras/250cc Classic Period 6 class, and his grid was a hodge-podge of smoky two-stroke screamers, a few over-stressed four-strokes and some rattly iron fossils from before Christ. It is budget racing on a shoestring and a prayer. 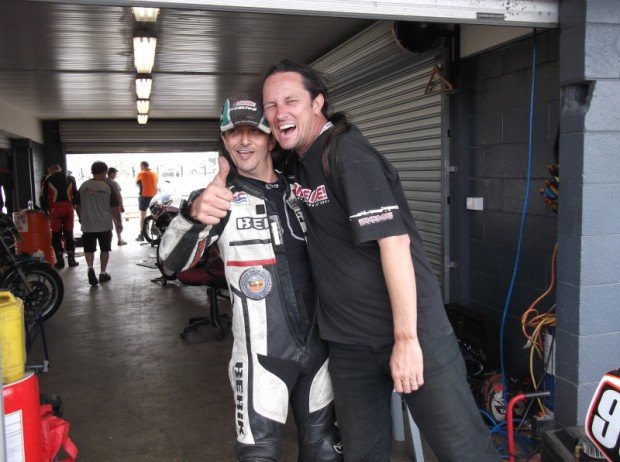 But Paul provided me (and himself) with one of the best weekends of our respective lives.

His first day was a nightmare. He was on his own at the Island. He didn’t want to impose on his mate, Shane Wilcox, to carry a shitload of spares down, so he put his trust in the Gods of Speed and his 23-year-old Honda RS125, which had never let him down before. Except this time it did. The seal in his water pump let go and the bike overheated halfway through the first lap, forcing Spooky to retire. With no spare parts of his own, Levi Day’s dad came to his assistance and gave him a seal and gasket. Together with two mates who had also come down to watch the races, Res and Dave, Spooky put it all back together, only to find when he started the bike it had no compression. Off came the head and they were greeted by a melted piston and a mess of collapsed bearings rattling around inside the crankcase. Once again, fate, in the form of his friend, Shane , intervened and with minutes to spare before the second race started, Spooky and the blokes got it all back together again.

Somehow he managed to get Ago to sign his leathers and out he went, with a “win it or bin it” attitude, he later told me. His nemesis, as in the first race, was Simon Dickson astride a CBRR250, and between the two of them, I was treated to a dazzling display of balls-and-all racing.

Spooky went on to win, astonishingly, beating his own best time by four seconds and setting a new lap record in the process. He did it again on the Sunday, treating the crowd to another incredible display of guts and glory racing, and setting yet another lap record.

You could have used him to light a bonfire that evening such was the sheer heat of his winning buzz.

So to both Spooky and Ago: Thank you from the bottom of my heart, blokes. It’s people like you who make motorcycle racing so bloody great.