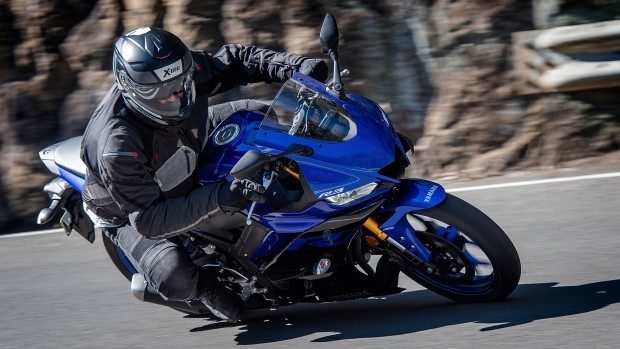 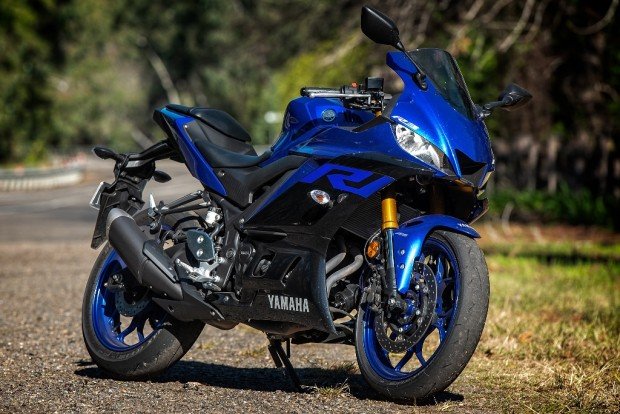 The racing DNA is unmistakeable.

You know that uncle.

He’d come to your house when you were a kid. He’d have a few cans. He’d play some cricket with you. Then, when the sun went down, he’d go out to his car and bring in a bunch of fireworks.

Your mum would freak a bit. Your dad would frown a bit, but he’d be on board even though it wasn’t Cracker Night. And that beaut uncle would then let you light the blue touch-paper and stand well back.

It was the best fun ever, and it was almost entirely benign…almost. Because if you didn’t pay attention, you’d lose an eye.

And that’s what made it so much fun. 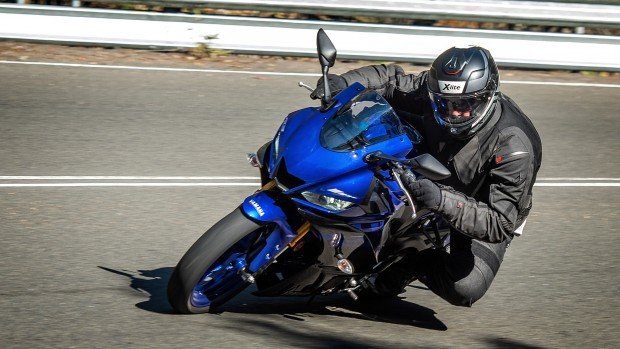 Just like Rossi, but heaps slower and with less money and supermodels.

If I was 16 again, I’d be smeared on the widow of my local Yamaha dealer like a sex-pest at a strip-show. The R3 would be mine, though the heavens crumbled and I was kicked out of home.

Because it is a proper grown-up motorcycle carved from every bit of engineering integrity Yamaha can bring to its bikes. It’s shod the wee bastard with Dunlop Alpha 14, for pity’s sake. Any time the Greek alphabet becomes involved with tyres, shit gets serious. 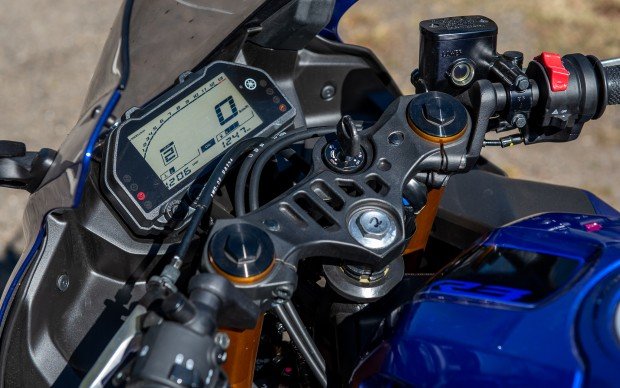 The cockpit looks a bit trick this year.

The R3 has new 37mm KYB upside-down gold-anodised forks, which offer a marked improvement to the front-end in terms of stiffness. The confidence this offers riders of all ages and skills cannot be overstated. Combined with those Greek-labelled tyres…what can I tell you you haven’t worked out for yourself already?

It is crazy good. 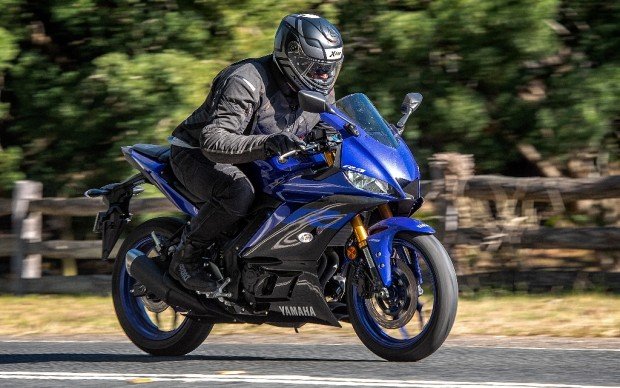 The radar beams pass right over the top of you.

The pre-load adjustable rear shock is stiffer this year, but remains comfy rather than sporty. I’ve banged it up and down the Putty a few times now. The bits at the start and the finish of the Putty are smooth and twisty. The middle bit is a bumpy swine of a pig of a road. This is where I thought the R3 would start to show me its limitations and turn into a pogo stick.

I could actually tour a bit on this, I remember thinking. 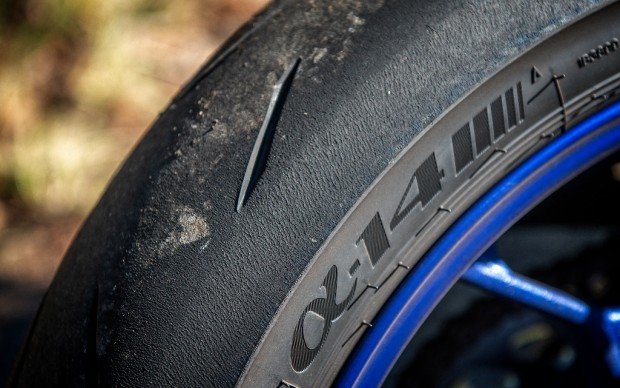 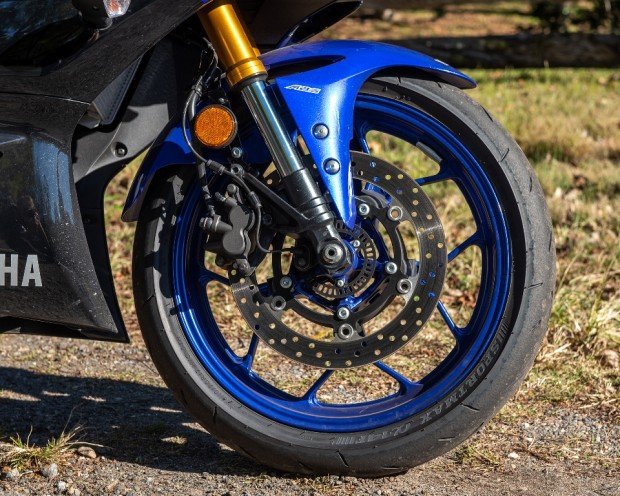 The stoppers are fine. The fact you don’t need them much, is even finer.

The R3 is roomy and surprisingly comfortable (despite the handlebars being 22mm lower), weighs bloody nothing (167kg wet), and handles better than just about anything in its class – and a few other classes.

It is, as I said, somewhat of an engineering triumph.

What else is new this year?

The LCD dash. Easy-to-read with an adjustable shift-light. You could ask for no more. You don’t in fact need any more. The fairing is aerodynamically new, and Yamaha reckons you’ll get an extra eight klicks of top-end when you’ve squished your bulk down into The Crouch and are applying yourself. 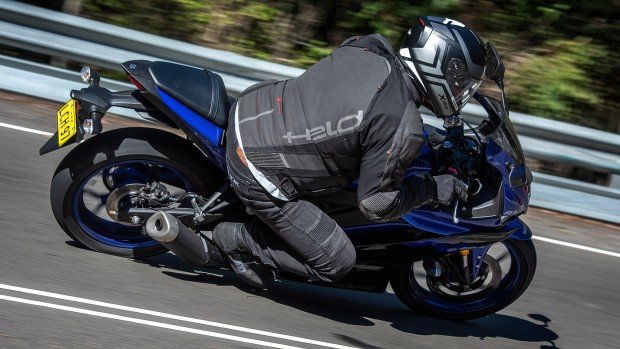 The pillion would have to be lithe. And brave.

It will do 174km/h. I know that. I reckon I might have nudged it a bit higher, but Police Fear got to me. But hand on the boob of Mother Mary, 41.4 horses and 26.9 Nm in this package is superb fun.

And of course it looks fabulous. And that is crucial. Not only when someone is catching Motorcycle Fever, but even when someone has been weathered by a billion motorcycle miles. The Fever is always there. The damn thing better look good or I ain’t buying it. 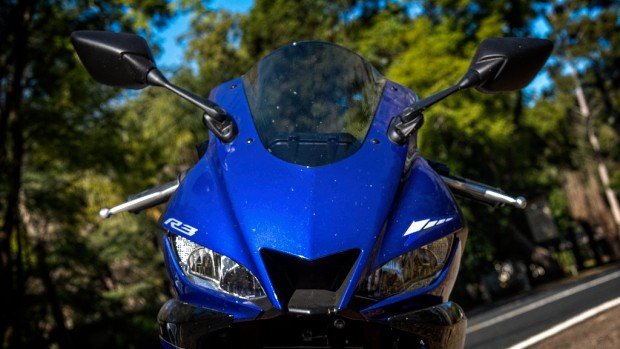 The R3 is a rev-demon. It rewards you the harder you rev it. It demands you do so. Much like a two-stroke, but without the narrow powerband. Lash it mercilessly. It loves it. And if it loves it, you will love it. 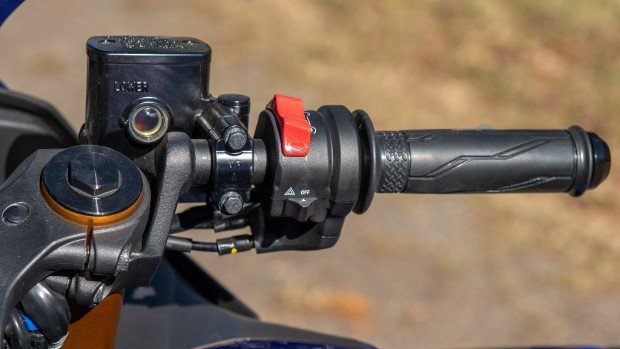 This is where the blue touch-paper is lit and stays lit. And the red Off button is there too.

Off course, if you button off, you will lose momentum, and hence speed. So you don’t button off, do you? You keep ’er lit, like Yamaha Jesus intended.

And if you do that, you will see corner speeds and lean-angles that will delight you. If you’re a Learner, it will teach you things you need to learn – throttle control, setting up for a corner, what to say to a magistrate…

If you’re an old warhorse, you’ll get even more out of the R3. It’s a goddamn racebike whose neck you can wring, which won’t cripple you ergonomically while trying to slaughter you with 8000 horsepower.

And it will make you smile. You can’t put a price on that. Yamaha has, but.

The R3 is $6299 plus ORC. It’s hilarious. You could buy two and hold a race series in your suburb. 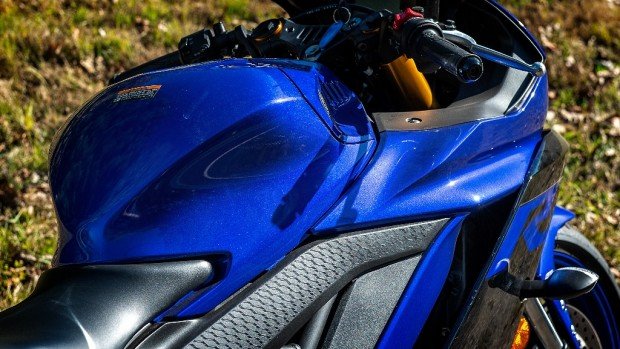 It’s organic and flowy, like blue Guinness when you spill it on your chest.

I’ll tell you a brief story…

I was coming home one afternoon on the R3 and I entered the Putty Road 10-Mile section with intent. The tyres were warm and gooey, the road was dry, and traffic very light. I came upon a conga line of riders clearly taking in the sights. I passed them with just a soupcon of venom, the R3 fully co-operating with my front-end-loading and late-braking kung-fu – but in truth, I wasn’t on the brakes all that much. Maybe just a touch, then it was right back on the gas – keeping ’er lit, as per the Gospel.

About halfway through the Ten-Mile, when it becomes cruel and relentless and the cliffs and Armco beckon to you, a man on a piped-up Multistrada passed me coming out of a corner. Not much chance of catching him there. The Ducati had the grunt of six R3s. But, like a dog chasing a ball, I went after him anyway. I quickly discovered I could close under brakes and certainly I was carrying the same corner speeds – and maybe a touch more.

Now, I am no great shakes as a scratcher. And maybe ol’mate on the Ducati wasn’t at 10/10ths either. But we seemed to be getting along at a respectable pace. I was certainly dry-mouthed. I could not catch him, but he could not lose me. And so it went for about eight twisty-crazy kilometres.

He buttoned off to a non-jailable 120 when the road opened up again at Milbrodale and I sat a few bike lengths behind him, panting. We both stopped at Bulga, grinning like idiots.

“Bet you thought I was Rossi, too,” I laughed back.

He looked closer, especially at the tyres.

“Stay upright,” he said and put his helmet back on. 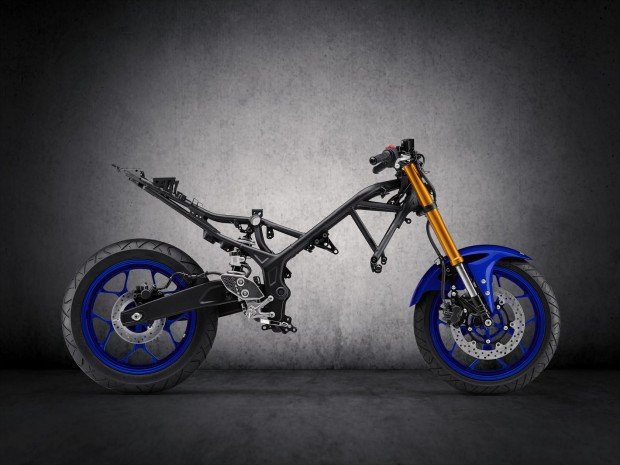 SOME CLARITY IN THE FOG

There is a point of order I wish to raise.

This is not a LAM-friendly motorcycle as some wizards would term it.

Let us just consider the fact that any Learner worth his glowing teenage skin would heartily approve of the R3 after 15 minutes of riding it. The R3 is a LAM and the approval of Learners is guara-damn-teed.