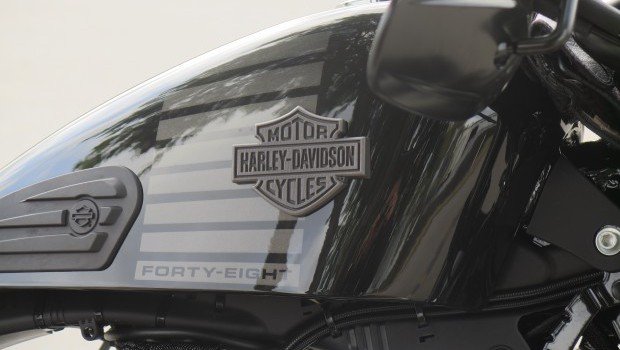 I went to the launch when Harley first introduced the model, and spent the day belting around in teeming rain on what I thought then was one of the hottest-looking bikes Milwaukee had ever built.

I still think that. 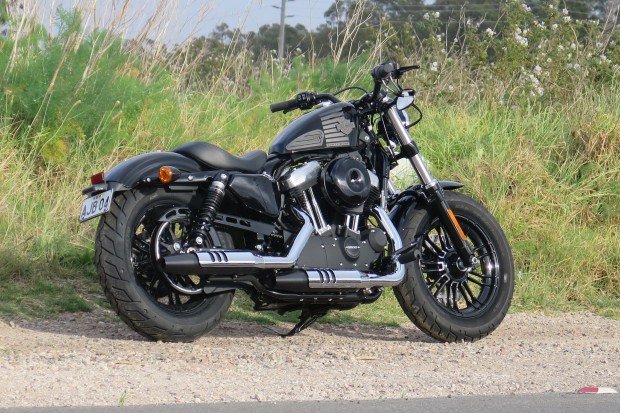 On it’s way to party with strippers. 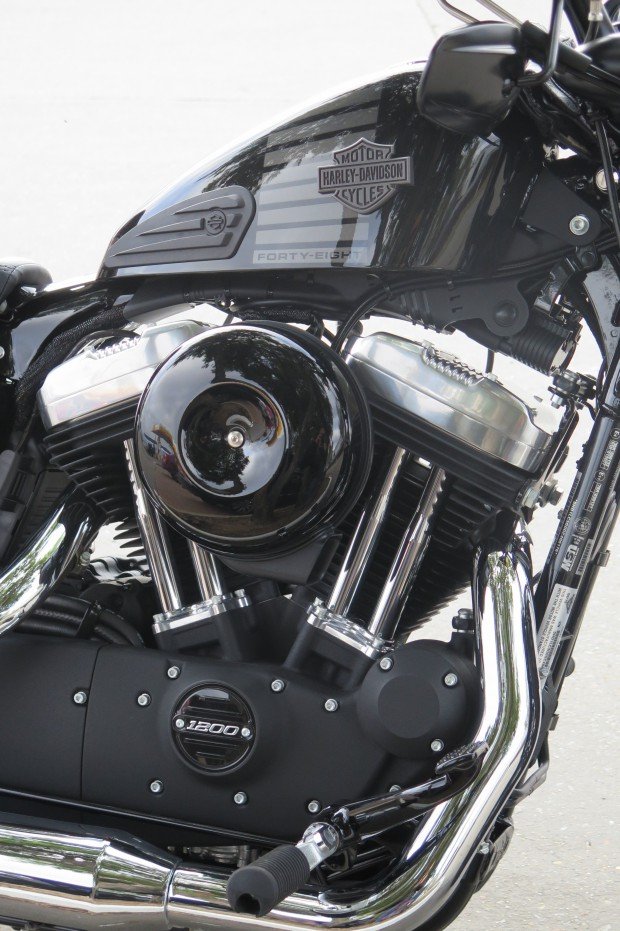 It really must not be any colour other than black.

The original model made my privates numb when I rode it. Motorists all over Sydney were treated to me massaging feeling back into my package at traffic lights, so they had lots to talk to their therapists about.
I didn’t care. I loved the 48.

I spent a lot of time in servos filling up its miniscule eight-litre tank and rubbing my tackle.

Made no difference. I still loved it.

I struggled to keep my mates in sight as they roared off to assassinate twisties, while I lurched along grinding chunks off my boot-heels and the pegs. 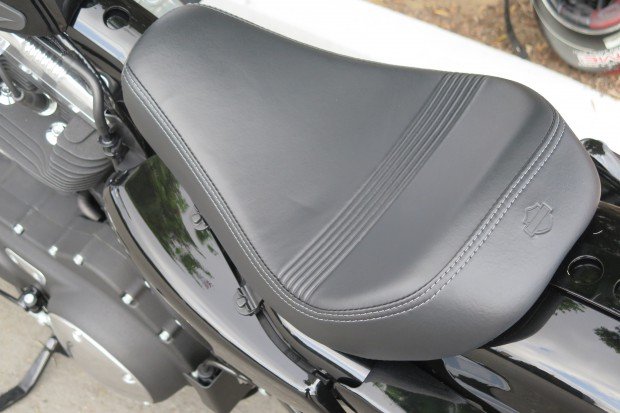 A much better seat than the first one. 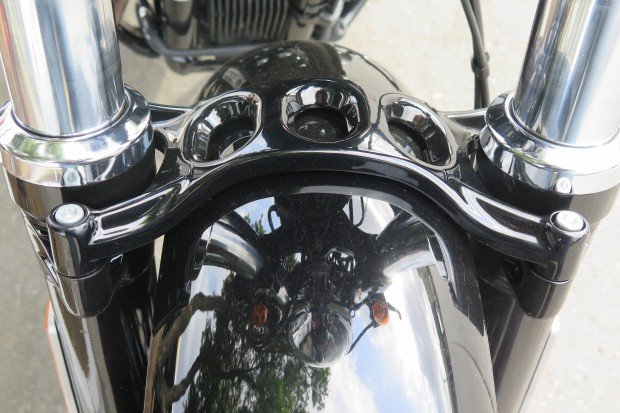 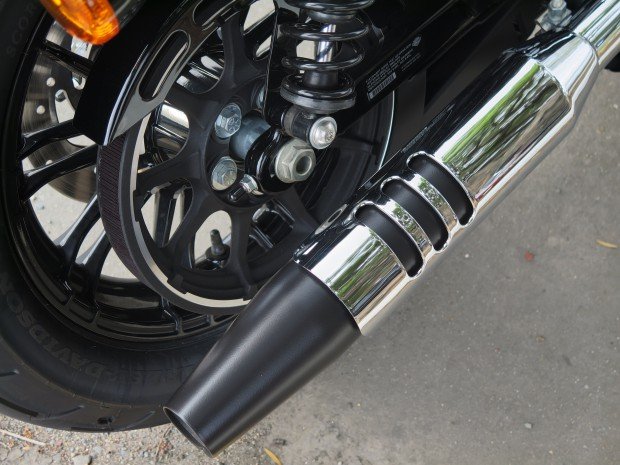 More slots on the heat covers and belt-drive cover.

My mate Biffa bought one, loaded a world of crap onto it and rode it to Phillip Island (pretty much on his own because he couldn’t keep up with anyone either) for the first and last time, but he still has it, rides it all the time and loves it.

My mate Barney bought one too. He rode it to Ivanhoe from Tasmania, and watched us all disappear at warp-speed into the Long Plain while he rumbled along wondering if his balls would ever return to life.

He still has his 48, still rides it and still loves it.

So they’re probably just as not right in the head about it as I am.

It’s that kind of bike.

And in black, it’s simply breath-taking. 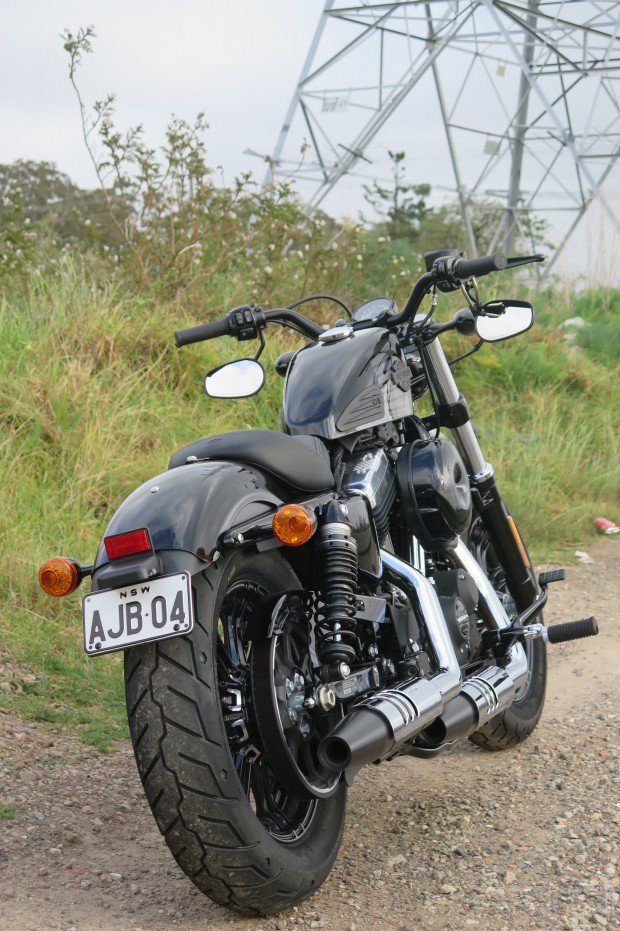 It’s all bad and that’s all good.

The 2016 iteration has some much-desired upgrades.

The suspension up front now boasts Showa internals, is a beefier 49mm and the rake has been reduced by one-and-a-half degrees. Nothing major, and only an imbecile would refer to this bike as “agile”, but it does make it more interested in taking corners.

Up the back, where the suspension situation has always been challenging, Harley has upgraded the rear shocks and offer pre-load adjustment and a variable rate spring. This is probably the best thing that’s been done to the 48, and my spine is likely to stay surgically unfused for some time yet as a result. 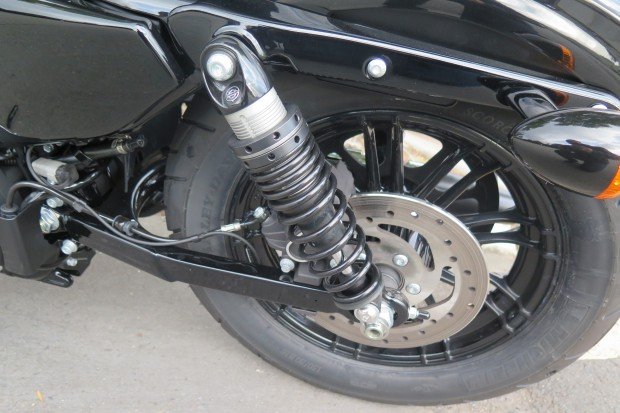 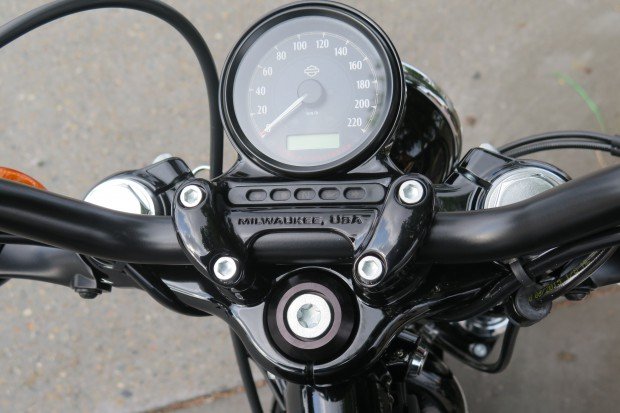 The seat is new, and my man-grapes remained wonderfully free of pins and needles and required no unseemly rubbing at any time, which also made me happy.

But what really made me smile was the way the 48 looks.

It’s that simple and it has always been like that.

Yeah, it goes alright and obviously has certain relative limitations in terms of handling and performance.
I don’t care.

It looks so totally bad-arse and so old-school outlaw it just makes me smile.

It comes in a bunch of colours, red, blue flake, gold flake, olive, silver and black – but black is the only colour I would ever buy it in. Anything else is nice, and the 48 ain’t about nice for me. 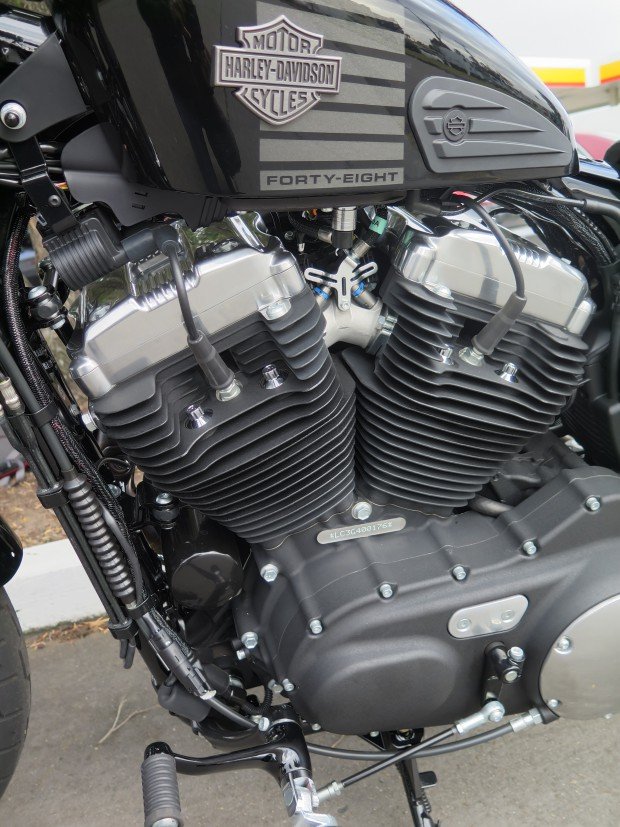 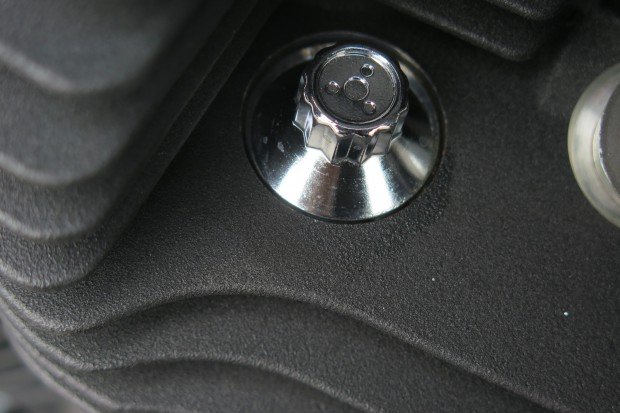 There’s lots of these sexy-hexy nuts. Your old spanners won’t cut it anymore.

If anything, these tweaks have only enhanced the overall look of the 48. The finish is top-notch, the underslung mirrors only half work (the left one is fine; the right one shows you bits of yourself and you have to drop your eyes off the road to look into them) and it’s screaming for a bigger air-filter so it can suck more air into its guts.

But I don’t care, because I love it in spite of that. 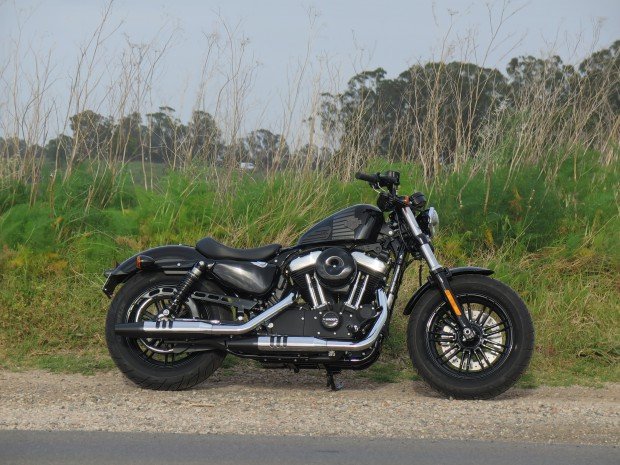 I love its sheer impracticality for touring. I love its tiny peanut tank and its fat-girl tyres and its single-seat, take-no-pillions heresy. Of course it needs pipes to make it sound like hatred incarnate, and a good mechanic can urge a bit more bang out of the engine without resorting to animal sacrifice, so you can, if you want, have a lot of loud, thundery fun on it. It pulls hard, but it can be made to pull a good deal harder without too much effort.

Of course I’m not right in the head about it. 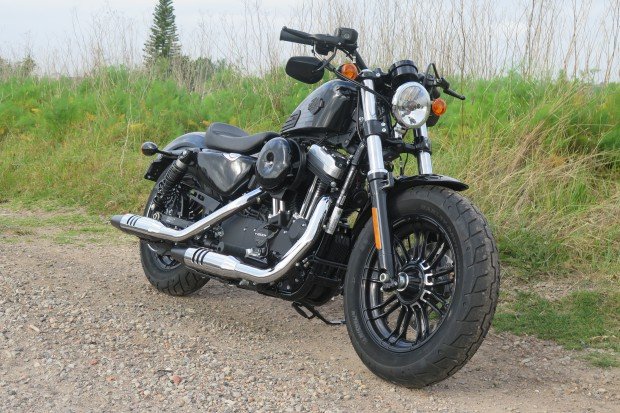 Man can hang a lot of panties off them ‘bars.

You may view more about it HERE.