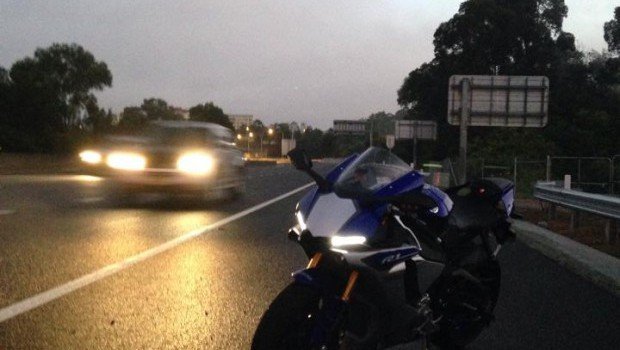 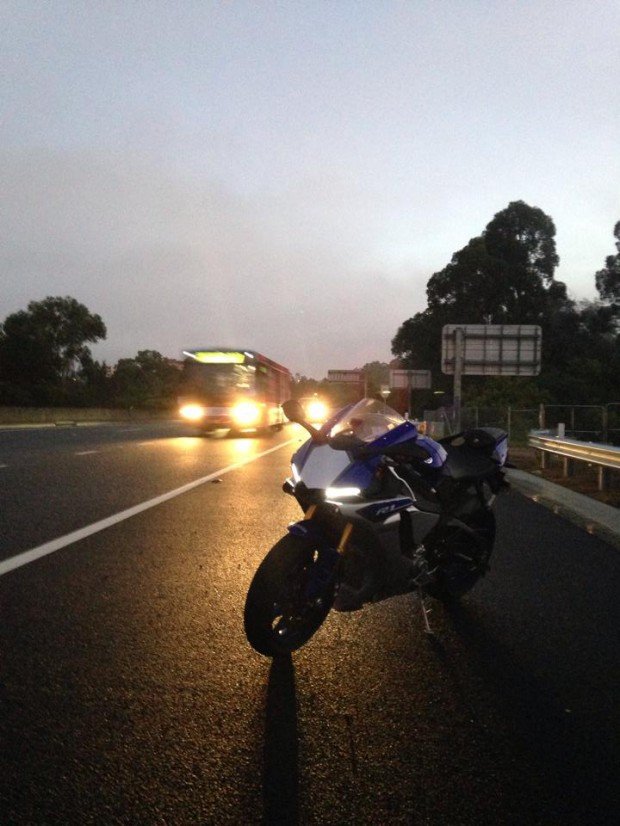 Peakier than a greyhound looking at live rabbits.

Not sure if I am the rabbit and the R1 is the greyhound.

It’s raining. There is fog.

The traffic is thicker than most of the people on Facebook.

Ease onto M2 and stare at dash.

Have no idea what any of that means. Did not pay attention when was being told at launch. Too excited and emotional. No manual is ever provided to journalist slime. Journalist slime is expected to know everything. Am calmed by knowledge I am not journalist slime. Resolve to educate self about numbers and letters on dash. 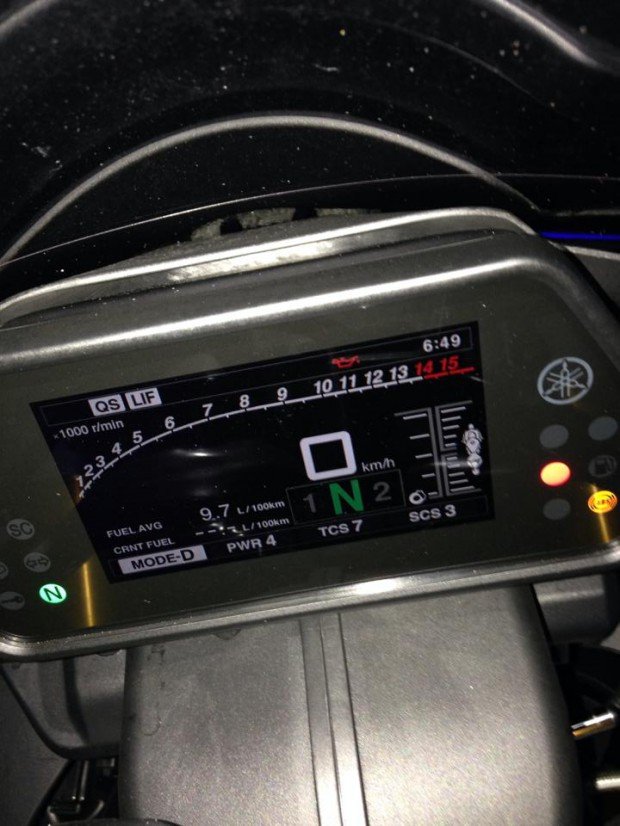 Mirrors work. Can actually see what is behind me. Manage to use quickshifter in three gears while lane-splitting. Come to senses. 145km/h between cars on wet road is inspirationally cheeky.

Pleased that junk is not mashed into tank as on previous models. Not using sex organs much these days. Still have emotional attachment to them, but.

Clutch is light. Engine is smooth. No hunting at low speeds. Essay faster speeds. Remind self that Epping Road is not Sydney Motorsport Park. Observe that traction control works with seamless elegance.

Have inane conversation with P-plater on Ninja 300.

“How could I explain that in terms you would understand?” 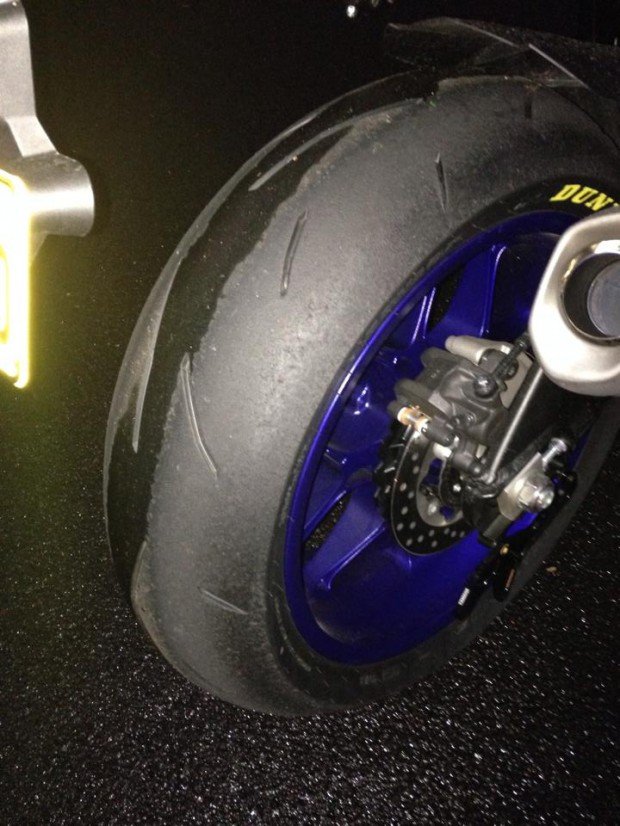 Disappear onto Gore Hill Freeway at 167 in third in altruistic attempt to show rather than tell feckless youth.

Lane-split like Serbian peasant scythe among the wheat. Brutal, but effective. Pleased that mirrors do not need to be folded in as shit gets narrower.

Arc onto Cahill Expressway and place faith in electronics by applying silly throttle across steel road-joins. Death does not approach. Death does not even raise head to look at me. Grin to self.

Arrive at work un-maimed and able to walk unassisted.