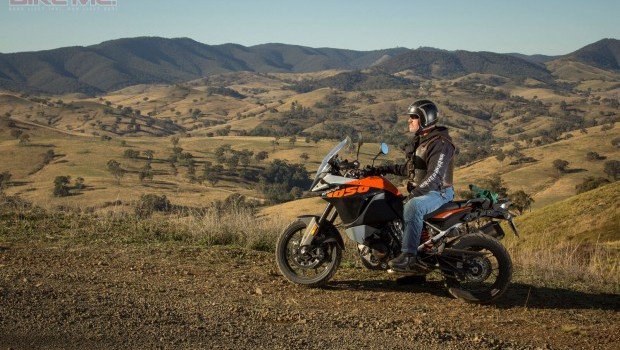 There is no doubt in my mind that KTM has taken upon itself to build serious, weapons-grade motorcycles. I first became aware of how serious this commitment was when Charley Boorman was deep in the throes of a hissy girl-tanty. He was tearing KTM posters off his wall and lisping his hatred of the Austrian manufacturer because it refused to be part of a dank TV series he and his mate, Ewan McGregor, were producing. BMW got the gig instead and we all know what kind of fabulous mediocrity followed. 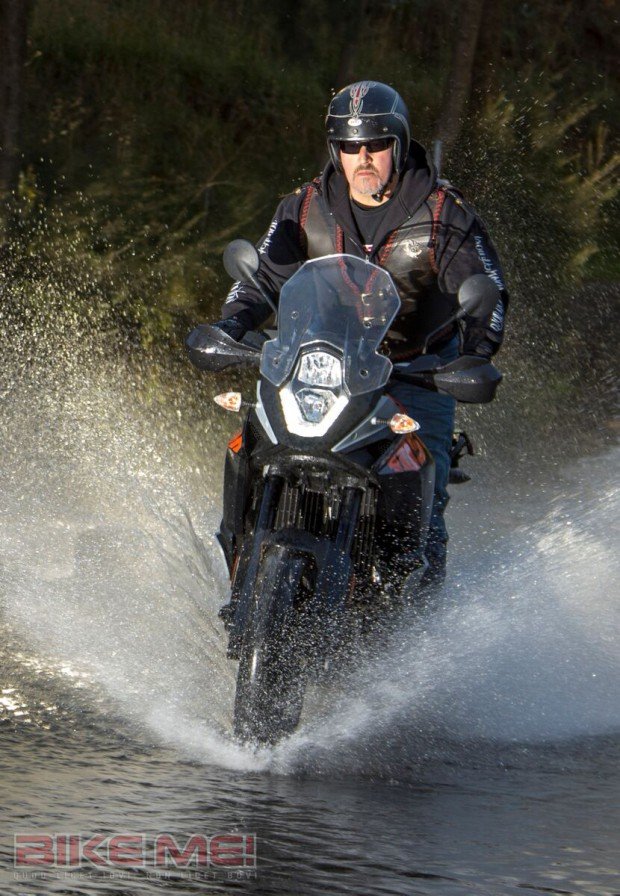 Just like Moses, but with less Jews and Egyptians. 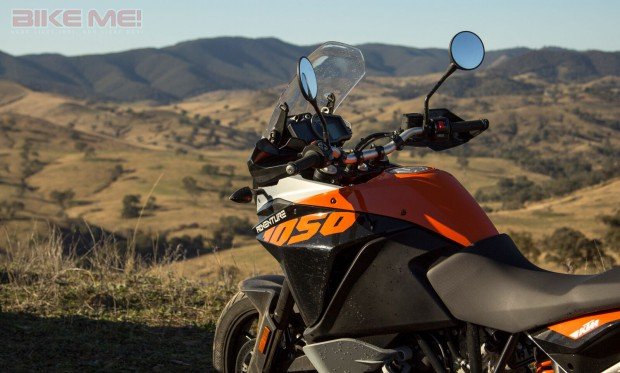 This is great bear country. If only we had bears…

Charlie has since gone on to not riding the Dakar after spraining his thumb in practice, and penning turgid pieces of insufferable tripe in various failing motorcycle publications as he continues to cash in on his altogether dubious reputation as an awesome motorcycle adventurer. And good on him. He was certainly never going to make it as an actor.

KTM, on the other hand, has gone on to build some of the greatest motorcycles the world has ever seen. Powerful, meaningful, and handsome brutes with razor-sharp handling, which intimidate the meek and thrill the brave.

I have ridden several of KTM’s offerings over the years and have seen my thrill-juices gushing like a broken water-main, despite me being not anywhere near the top of the brave tree. Several of my friends, who live in the higher branches of that tree, own KTMs and love them like leering perverts. 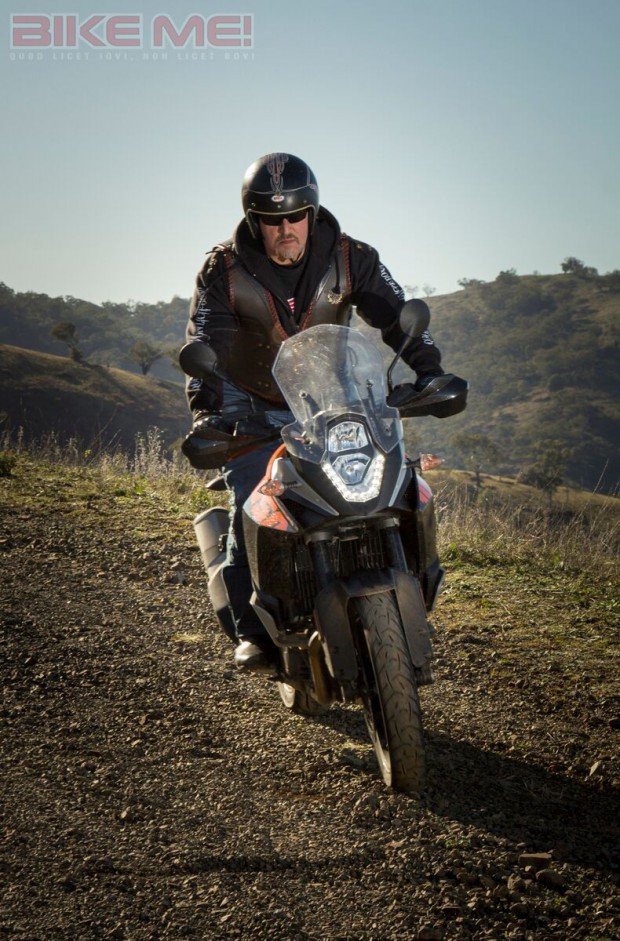 “Oh God, there’s another cliff there..”

I spent some quality time and miles on last year’s 1190 Adventure R, some of which you can read about HERE (or even see HERE), but my dirt-bike riding days are over.

Which is why I was quite pleased when the new 1050 turned up with Michelin Tourance Next tyres. Yeah, we could do a few gentle fire trails, but we would be much happier carving bends. And I would not need to hand the bike over to Toby Price so that my dirt-shame would be complete.

My first questions about the 1050 were the same questions everyone asked me about it.

Is the 1290 Super Adventure better? What’s the difference? Why would KTM build this one when it has the 1290?

I shall answer them in order.

No, lots, and because there is a market for the 1050 – and not just for the giant girlfriends of giant Austrians who have purchased the 1290 to ride across the Antarctic mountain ranges while she follows him on a 1050. 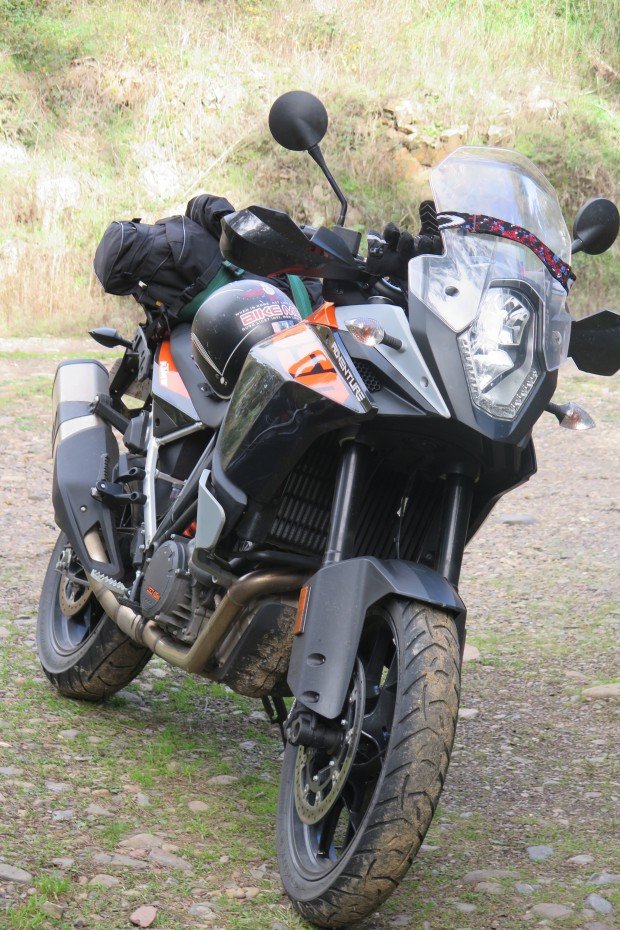 Easy to pack, even without hard luggage. 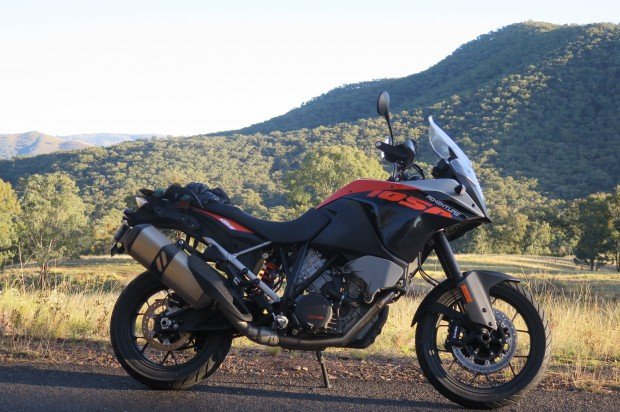 You cannot see the cold. It was cold. 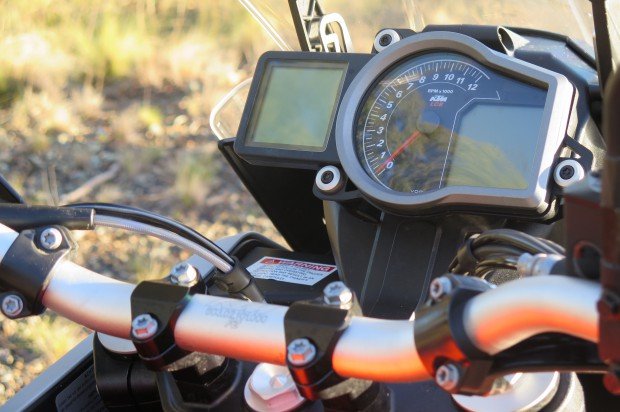 Easy to read, easy to use.

The 1290 is not a better bike than the 1050 because it is a very different bike – and it’s also somewhat more expensive. $17,995 versus $26,995 (plus on-roads) is a serious difference. Yes, they are both ‘Adventure’ things, but if you’re not a wild-eyed psychopath with Dakar-level skills, much of the 1290’s brilliant and all-encompassing evil would be wasted on you.

The 1050 donk is a sleeved-down version of the 1190, with lighter pistons and a heavier crank, which makes its power-delivery smoother. It produces 70kW at 6200 and 107Nm of torque at 5750. The fly-by-wire throttle is electronically strangled from opening fully, and that’s an ECU issue that can be easily dealt with by buying a mate who knows how these things work a good bottle of Scotch.

What all of this means on the road is that the 1050 produces fabulous grunt down low and in the mid-range, but when you’ve sailed over the 200km/h it opens its eyes at you in alarm.

“If you wanted to do this, dickhead, why didn’t you buy my big brother?” it seems to say. I got it to an indicated 223, but we were both a little disturbed by that carry-on. Short-shift it, and everyone is smiling. Running it to red-line in each gear is…well, doable, but counter-intuitive.

Just like taking it on serious dirt is counter-intuitive. Cast wheels rather than spokes kinda tell you that. But it dances wonderfully well on sealed roads. You have four modes – Off-Road, Rain, Street and Sport – and they apportion power delivery and dictate how soon the nicely integrated traction control system arrives to assist. You miss out on the lean-sensitive Bosch Motorcycle Stability Control, but that’s probably just as well, or you’ll start to imagine you’re better than you are. 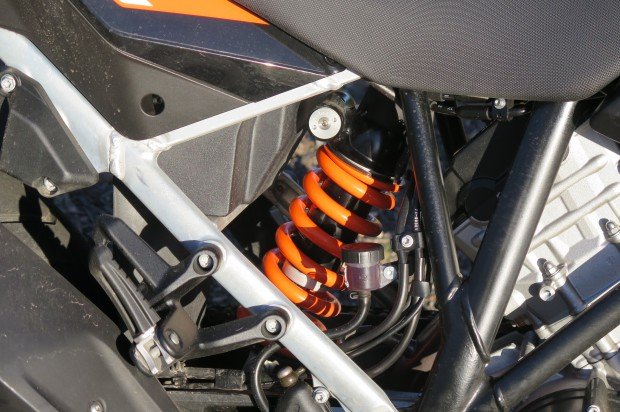 It’s orange, so you know it does good things. 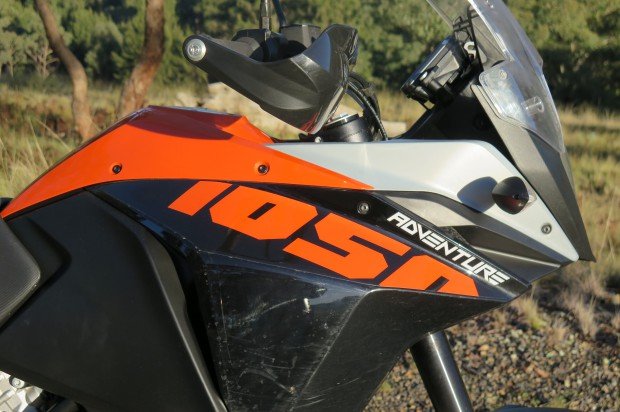 Those are not scratches. They are smears of dirt brought about by speed. Honest.

The WP front suspenders are not adjustable and the WP rear is only adjustable for pre-load. Nonetheless, I found them to be well-damped and more than adequate for the humble demands I made on them.

The Brembos are identical to the 1290, but because they’re hauling up less weight, feel powerful and the lever-action is light and informative. If you’re feeling funky, you can disengage the ABS, which if you do so in Off-Road mode, will let you skid the rear while keeping the front from locking. So showing off for girls is possible. 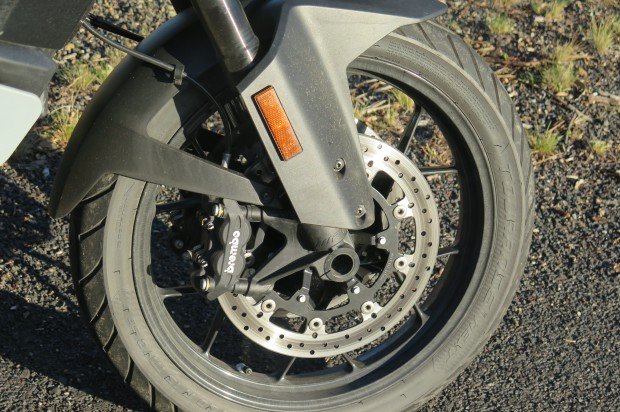 Outstanding in every way. 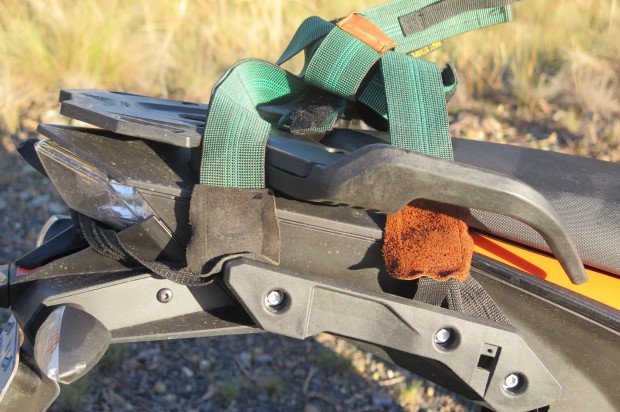 Andy Strapz. I do not leave home without them.

The 1050 does not have all the lights and buzzers the 1290 comes with, but it comes standard with pannier mounts, an adjustable screen, barkbusters, LED running lights (I so love them LED things), a steering damper, a wonderful slipper clutch and one whole kilometre of ground clearance. It weighs 212kg dry (the 1290 is 228kg), has a lower seat height and is physically far less intimidating than either the 1190 or the 1290. 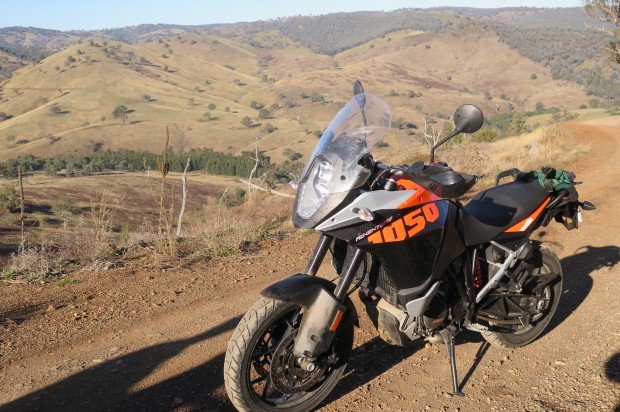 Another cliff I didn’t fall down.

It is, and I hesitate to say it, a friendlier bike than either of its bigger brothers. It’s comfortable to ride, and a day in the saddle is no challenge, while the screen works well enough at pace, even at its lowest position.

I commuted on it like a herd of bosses, fed it some enthusiasm on the fabled Ilford-Sofala MotoGP track, and even waddled around some gentle dirt trails with kilometre-deep drop-offs near Hill End. Our time together was happy and filled with laughter. Not the kind of braying, mad, how-am-I still-alive? laughter, either. It was a more companionable, easy, damn-you’re-bloody-great-bike laughter.

And there’s nothing wrong with that, is there? 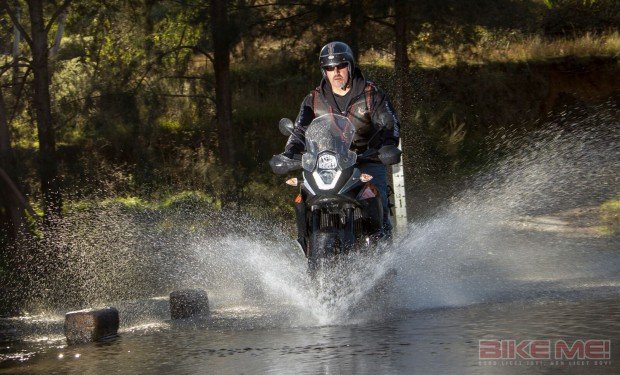 Yes, I did it again. I was already wet, so it made no difference.

If you want more specs and info, go HERE.

The good snaps were done by Daniel Emerson-Weber. The crap ones by me.