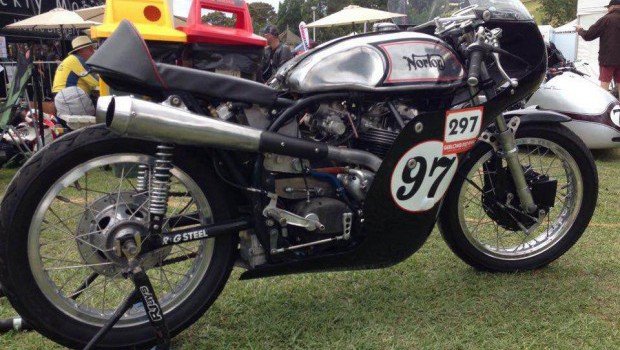 The Geelong Revival has been back on the major motorcycle-Event calendar in Victoria since 2012. It had taken a few breaks since it began in 1956, but it now seems to be embedded in the local calendar for good – which is great, since no-one wants to go to the MotoGP anymore. Ninety-five per cent of the action is free (access to the pit area and some VIP viewing tents charge you for entry which is fine for the elitists) so it attracted some good crowds. People like free stuff.

The Revival is a mix of sprint, trial, drag race with a dash of olde worlde Goodwood Festival bollocks (the original sprints in 1956 were actually modeled on the Brighton UK Speed Trials), but instead of Lord March, we have Geelong Mayor Darryn Lyons. Who is nowhere near as English and lordly.

Drivers and riders dressed up in period race gear and punters were running around in costumes, mostly as WW1 or WW2 soldiers and their girlfriends, which was kinda strange.

Sure, it has a big car flavour, but to discount it because of this would be to miss out on the bikes. And it is often what is parked in the carpark that grabs the most attention. There was a “Motorcycle Mecca” set up between the racing pits and the big car displays and this is where the righteous spent most of their time. It was good to see MV Agusta and Royal Enfield had set up some big tents with new machines on display as well as local firms such as Rob Jenner from Geelong Motorcycle Service Centre showing their wares and a few classic clubs holding displays of members bikes.

This is what I found… 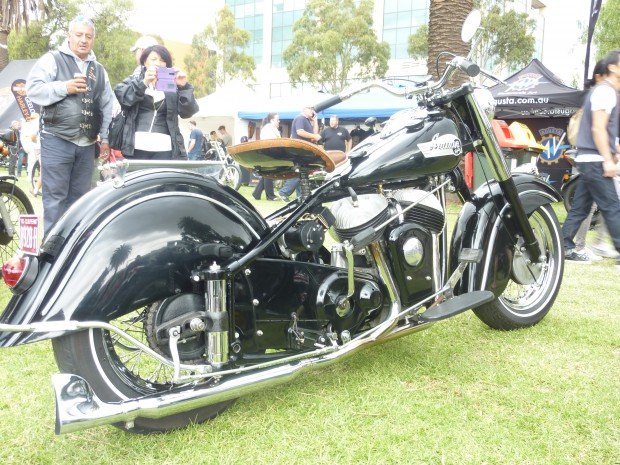 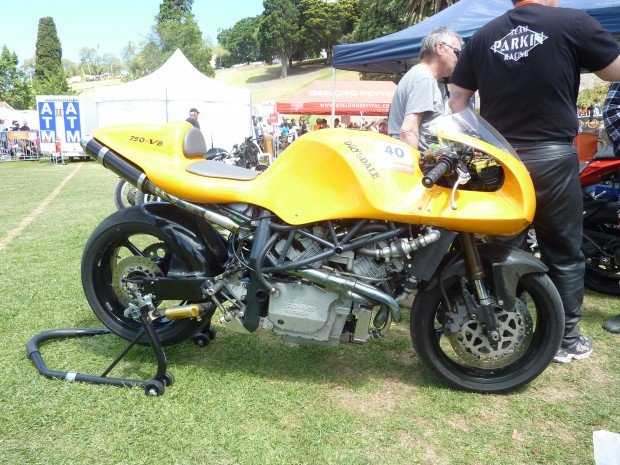 The venerable Drysdale V8. I didn’t get to see it run. Sad Swifty is sad. 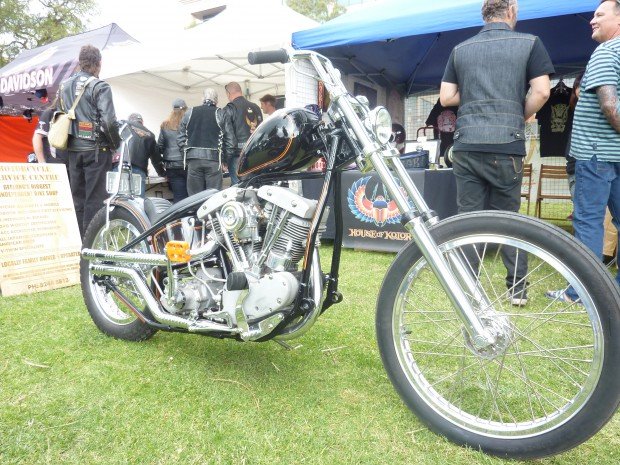 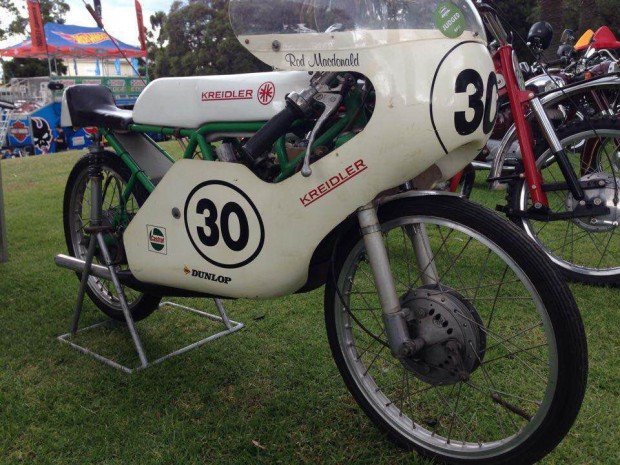 I hope Rod is a lithe little bloke 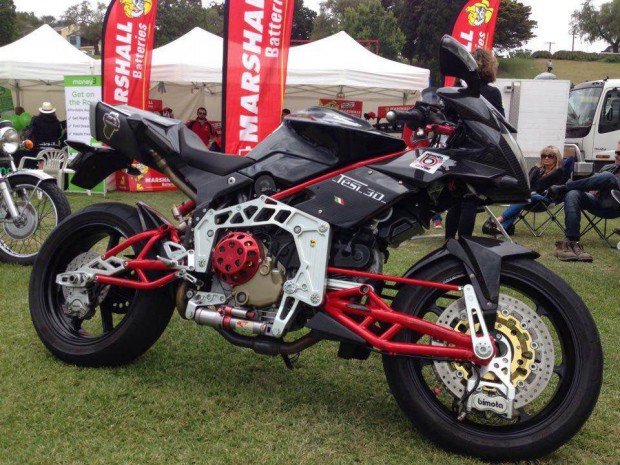 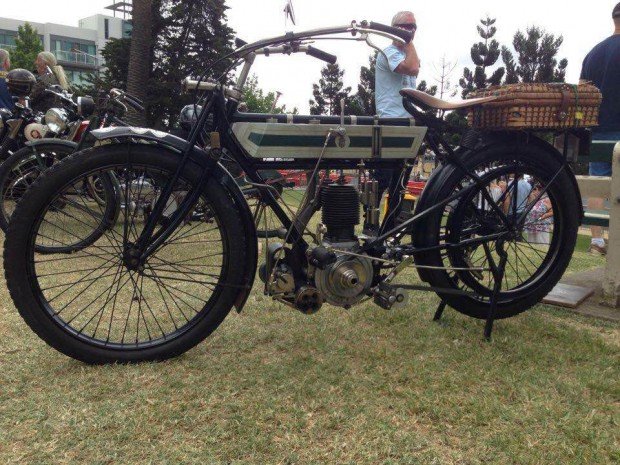 Picnic baskets…the topboxes of times past. Wrong then, wrong now. 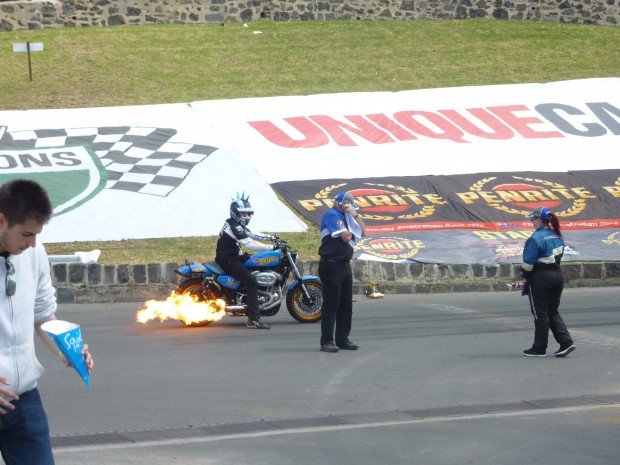 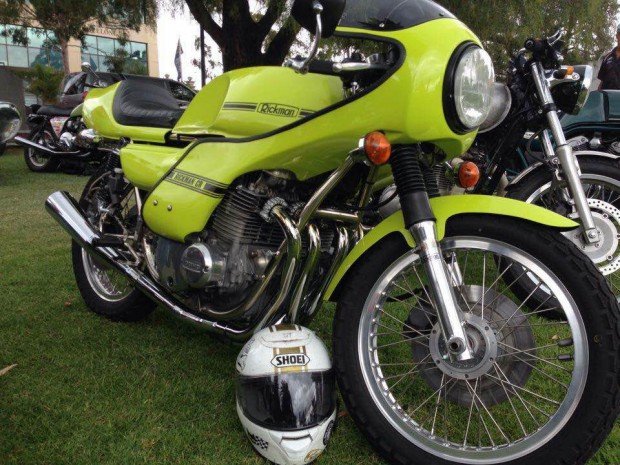 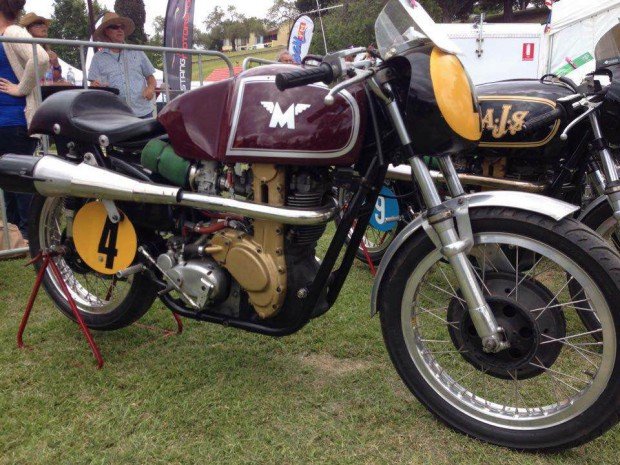 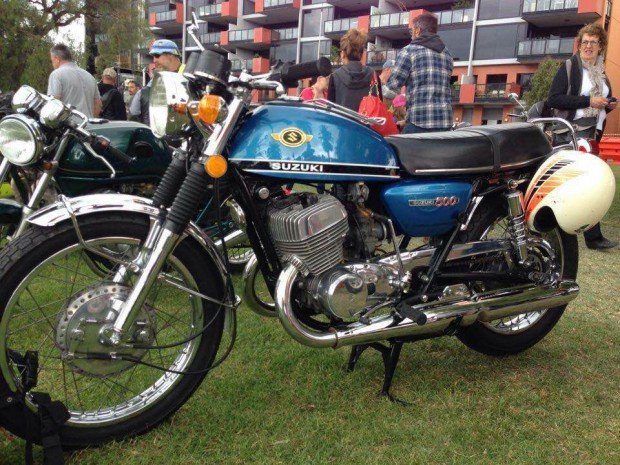 The motor that was stolen from the East Germans. 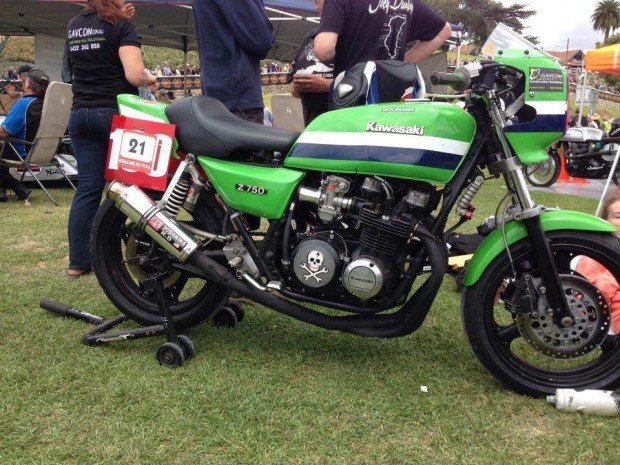 How green is your blood? 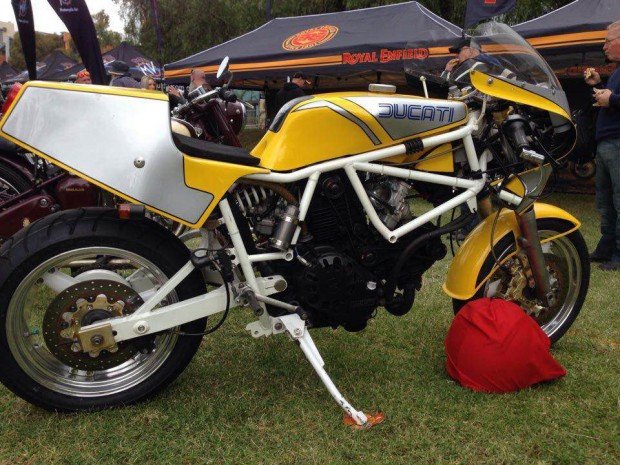 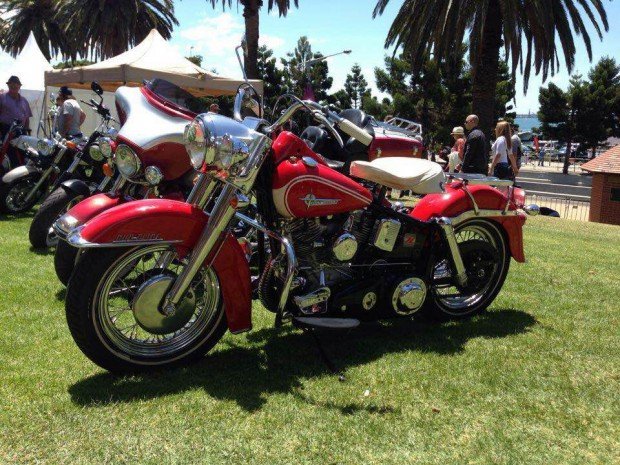 A Duo-Glide, for twice the gliding. 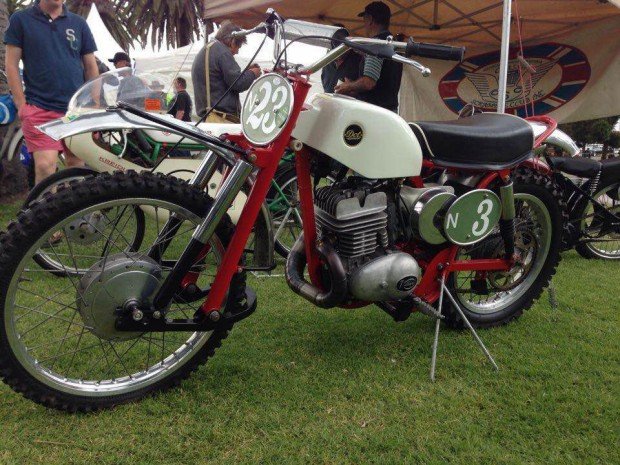 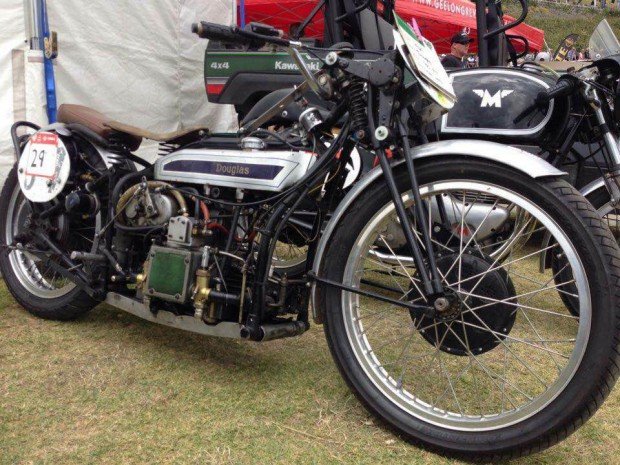 The Douglas was named after a cat. 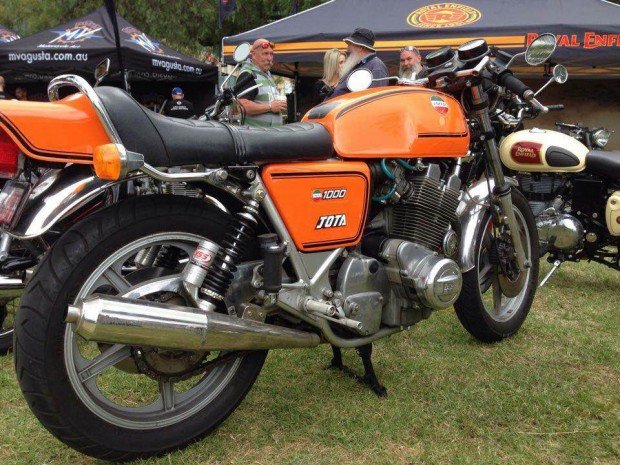 Before KTM, this was what orange meant.

It was rather strange to go to an event in Victoria and see both motorcycles and speed embraced by the powers. Now if we can only convince them to have our very own IoM TT-style race that would be ace And very easy to fap to.