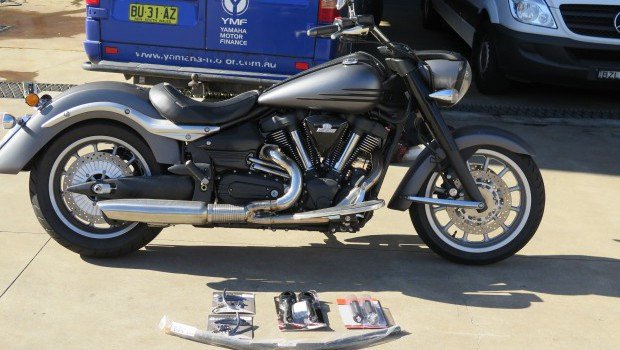 Can I tell you how difficult it is getting meaningful bling for a 2014 Yamaha Roadliner in this backward country of ours?

And who cares, right?

Well, I do. And I have cared ever since Yamaha gave Bike Me! their flagship cruiser. 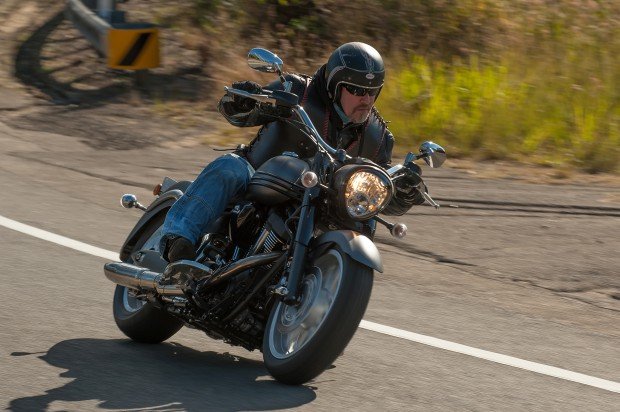 It has been gloriously vinyl-wrapped by RIP Graphics. The magnificent Dennis Foran has caused it to sing the song of its people with a custom-made stainless exhaust system, and George Metzekis has recovered the seat with the skin of a blood-python I personally slew in single combat in a nearby swamp.

The thing turns heads everywhere I ride it. Not a day goes by that some tattooed beast-man sticks his head out of a ute window and asks me what kind of bike it is I’m trying to squeeze past him in traffic.

They expect me to say “Harley”.

And of course, they are right. It does.

But it was being let down by the stock handlebars, which are wonderful and effective examples of their kind. But they are stock and they need to be custom.

And so my search began.

I knew what I wanted, and that was not being forced to change any of the cables by fitting 24-inch apehangers to it, which was what one part of me felt needed to happen.

That being the case, I decided instead upon fat drag bars, risers and some sexy mirrors and grips.

My good mate Peter, who is the sorcerer who rules in the cave of Kenma, came to party with some fat Ventura (one and ¼ -inch) black drag-bars, and the next day I was at Motorcycle Accessories Supermarket in Auburn looking for the other stuff. 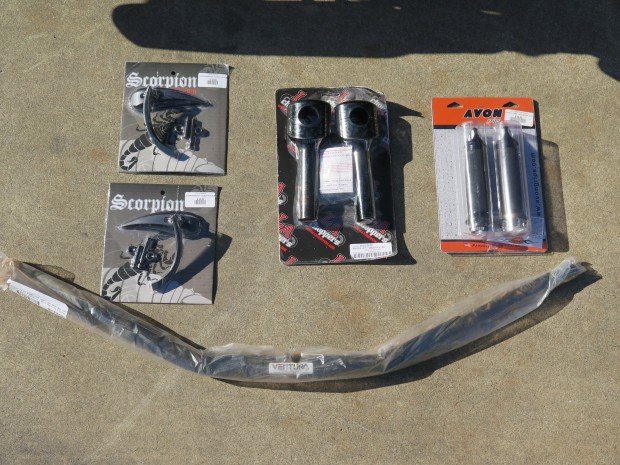 Ready to hear all the swearing there is to hear.

Mirrors were no drama. Scorpion had what I wanted and Avon had the grips I needed.

But the risers…well, if it wasn’t for Daniel behind the Harley spares counter, I would have run screaming into traffic.

Do you know how many different types of risers there are for Harleys?

Do you know how many risers there are for a 2014 Yamaha Roadliner?

But Daniel is a man of great wisdom and boasts a familiarity with the various phone-book-thick parts catalogues that beggars belief. He found a pair of risers he reckoned would fit, and I paid my money and ordered them in from the States. They are LA Chopper-brand five-inch Hefty risers. And they weight about forty kilograms each.

I took all these bits out to the techs at Yamaha, dumped them at the loading dock, along with the bike, and ran away.

I should have stayed and taken photos of their faces when they discovered they are now fitting blingy cruiser bits to a Roadliner instead of fooling around with race bikes, but I am not that foolish.

Love your work, blokes. Please don’t be hating on me.