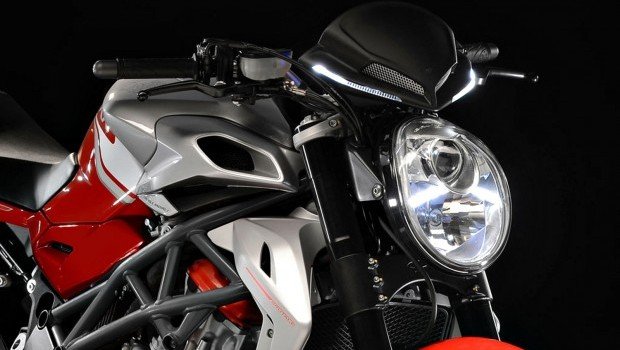 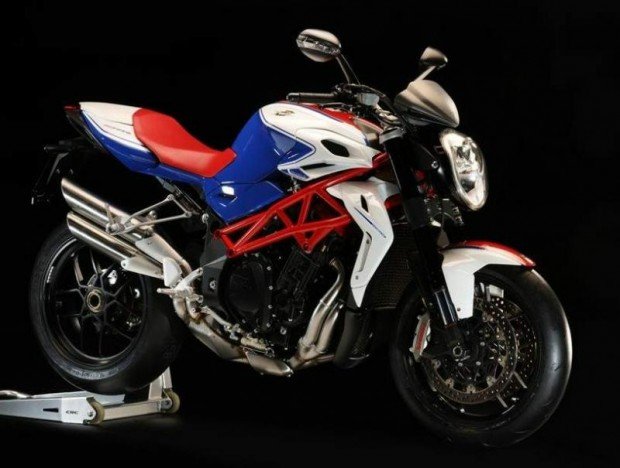 Scary clown. Fast clown. Clown will get you.

Do not be fooled by its happy-clown make-up. It might be painted up like some kid’s toy, but the 1090 Brutale is a tombstone serious, murderously quick and insanely powerful weapon, clearly intended to raise a man’s excitement levels into the heart-failure zone.

From the second you press the starter button, you’ll understand that you’re not dealing with an ordinary motorcycle. It doesn’t start. It detonates into angry, vicious life. It doesn’t idle. It grinds what sounds like metallic power-bones into performance dust. And it doesn’t accelerate. It simply f**ks the f**k off. When you’re seeing 7000rpm in top, you are no longer breathing. You are just hanging on and holding your breath. This candy-coloured bastard really goes. And of course, it handles – but it’s the kind of handling I would need time to come to terms with. It’s sure-footed, but somehow the weird-sit-on-top riding position, the hell-short wheelbase and the Not-Ohlins suspension (it’s Marzocchi and Sachs) didn’t combine to inspire instant confidence in me. This is the kind of motorcycle I would spend a while learning the limits of. 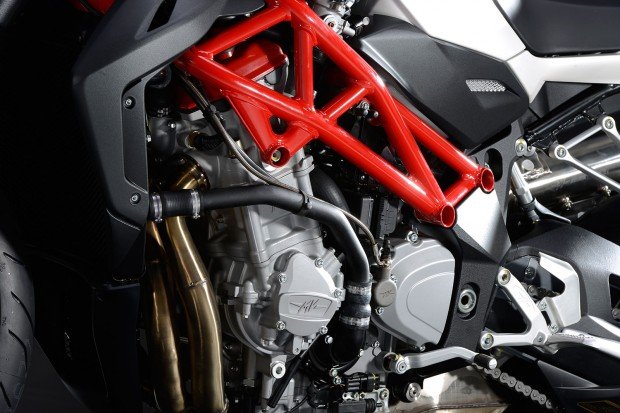 I took it to Walcha and back for an overnighter up Thunderbolt’s Way, a broken-bitumened bastard of a road with some very redeeming fast stuff in places – and I reckon you can tour on the Brutale if you were so inclined. Its urgent, aggressive and maniacal power caused my love to flow unrestrained and that certainly outweighed the way its high-speed vibrations cracked the number plate and sent the rego label holder spinning into oblivion. Meh, I said to myself – I can live without such rubbish.

But I was smart enough to tape a sheepskin to the seat, which mitigated the manhood-crushing that goes on when you’re on and off the throttle like a mad thing. The headlight is a good one, the instrument cluster is far too confusing, but the important stuff (speedo and tacho) is prominent, and even after a long and hectic day in the saddle, the Brutale will make you smile and shake your head in awe. It is a bike that will challenge you and reward you – and you will never ever tire of it. 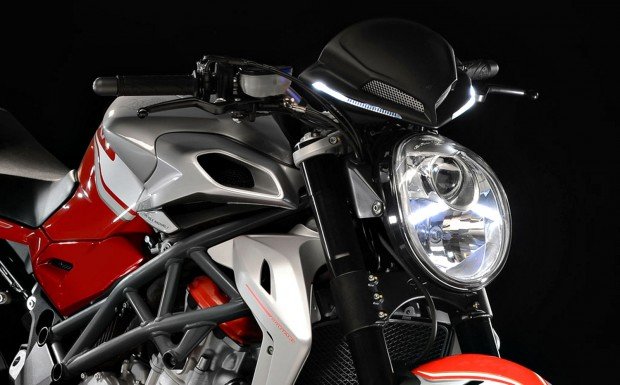 The way this thing goes is simply breath-taking. Yes, there is a hiccup with the fueling down low – but when you’re on it, the bike is in its happy place. And its happy place is a place of intensity, both in terms of acceleration and performance. This is weapons-grade stuff, pilgrims. The detail and finish are stunning and like all MVs, the Brutale is truly a work of art from every angle.

The steering damper. Great thing, that steering damper. Very helpful. The maniacally short first gear is also bulk fun. It’s also just impossible not to feel really good about yourself and the world when you’re mounted on an MV. The marque is coveted, revered and venerated – rightly or wrongly is hardly the issue. How you feel when you’re riding it is. 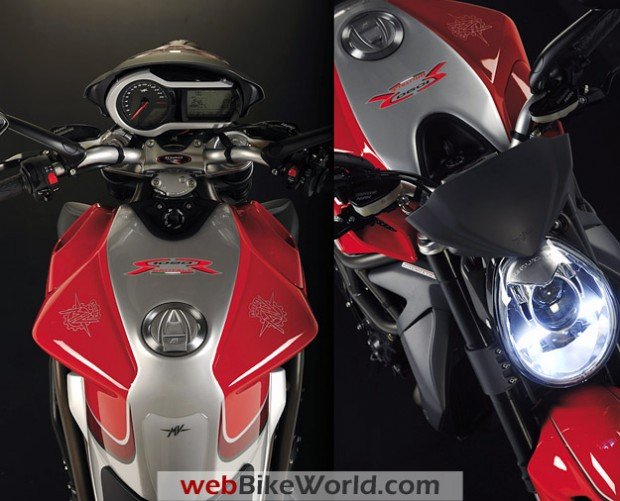 That white seat. Do you know how long it stays white? Not that long at all. Rain turns it gray. Everyday use seems to age it. White is not a good colour for seat vinyl. The hydraulic clutch is heavier than it needs to be and the bars could be wider for a little more leverage. A smoother, less manic and easier throttle would also be nice, but you do get used to that. Just don’t ever get lazy and stop paying attention. It won’t like you when you do that. Oh, and it’s a real chore to clean.

I did not enjoy the way the back wheel sprayed water all over my back in the rain. I did not enjoy the inane mega-complexity of the dash functions and readouts. If Sam and Ralph struggled with this nonsense on the naked bike shoot-out, I had no hope of working out how to scroll through the options. So I didn’t bother. And lastly, that whole spitting and hacking that goes on with the fueling just the other side of 2000rpm gets really old really fast. It’s 2012. Ducati and Harley have worked out how to get the fueling right on their twins. This is a four, for pity’s sake. Fix it. Fix it now.

Refuse to leave the MV dealer until the fueling is sorted. It’s to hell and gone better than it was with the original model (so MV is aware of the issue), but it’s still not right. Oh, and set of Arrows race pipes is a must. The world needs more Arrows-equipped MVs. 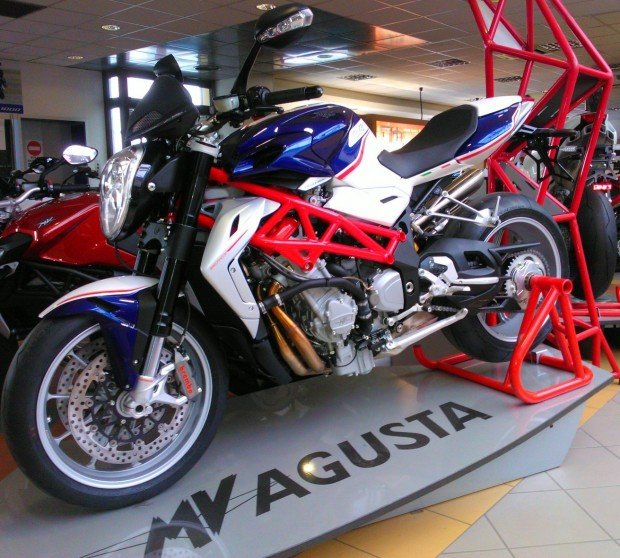